Google has an Easter egg running today. To activate it, do a search for "zerg rush" (no quotes). The game measures your kills and APM. Is it possible to beat the game?

The only end to the game is when all elements on the page are destroyed, in which case the remaining Olings flood in to make a "GG".

There is no win condition however.

It is possible, in a way, to win it. At least on my PC and using remap of left mouse button to one of keyboard buttons (numpad "/", to be specific). Thing is, at about 780 "frags", some of new appearing "zergs" get stuck right in their spawning point. As game progresses further, more and more of them are stuck; first, it only happens to them in spawning points located "on" line "google main page", but after about 20 zergs are stuck there, newcomers become stuck in other spawning points as well.

Checked it twice, both times it worked in the same manner, though positions of "stuck" zergs differ somewhat. Total of 26 "stuck" zergs result in no more attacks; they just sit in their spawning points, visibly "breathing" (Os are shaking all the time), but not moving anywhere.

Of course, if player kills "stuck" ones, then he won't get this "no more zerg attacks" state of the game. So if you want to beat it the only way known, don't kill zergs which are not moving and are far from your "buildings"! 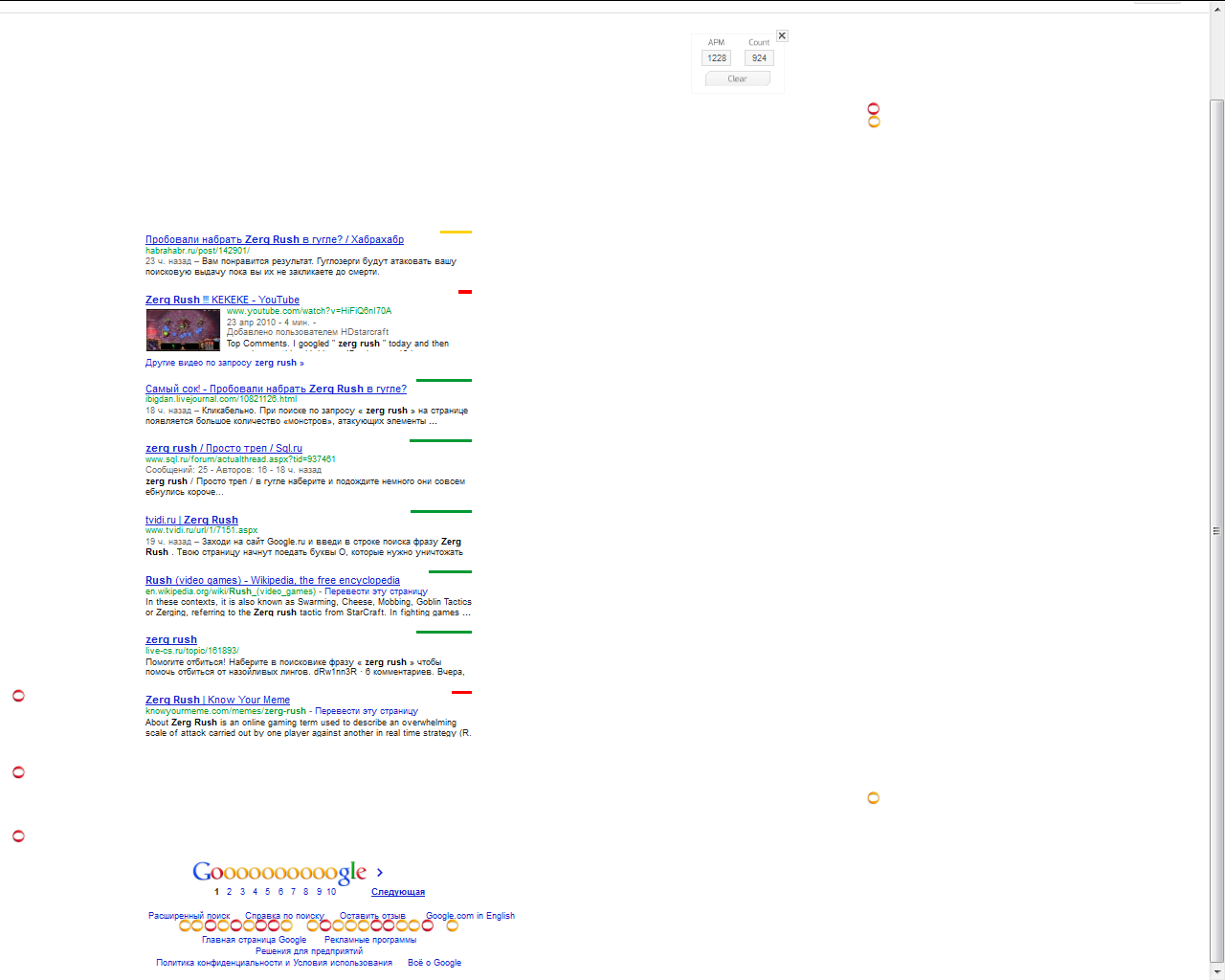 P.S. Some may wonder about the APM score. Well, with left mouse button remapped to keyboard numpad "/", and that "/" being held down most of the time while playing, i get 30 "clicks" per second, which is 30x60=1800APM. Since script of the minigame gets laggy with that many clicks per second, i release the button when there are no zergs at or near my "buildings", thus APM becomes significantly less than 1800 on average. 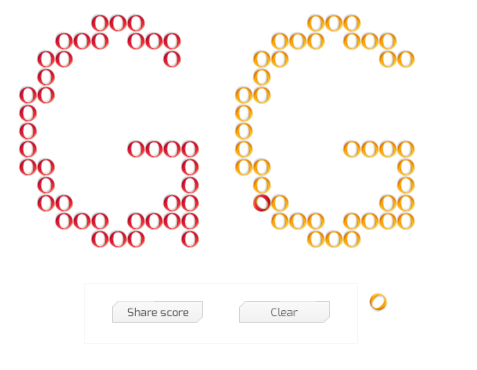 Not the answer you're looking for? Browse other questions tagged google-doodles .

15
Is there a way to continue playing the 2018 Google Halloween game?