What is Diablo Spawn version?

I've read that it's a shareware version of Diablo, but how does it work and what are its actual restrictions? Is it an exact replica of the game, or are some features/areas/dialogues disabled? What areas are available? Does it have a time/usage limit or any other nagging prompt? Can Spawn multiplayer play with D1 owners on Battle.net? 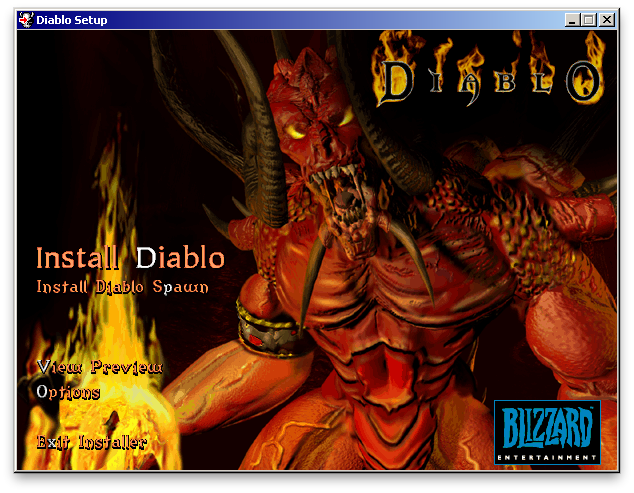 The "spawn" version of the game was popular among Blizzard titles around the original WarCraft/StarCraft/Diablo era. It's essentially a way to let a friend try the game out, or play a few minutes of multiplayer together, without having to buy a copy. It's almost like a shareware or demo version of the game.

Prior to the advent of high speed residential internet, including a demo version on the CD copy of a game allowed Blizzard to get copies of the game into the hands of people who wouldn't normally be able to try it. At that time, downloading the demo for a large game like Diablo would have taken ages at the internet speeds available at the time. With the spawn edition, you could bring your copy of the game to a friend's house, and let them play with it without having to leave the CD or give them your key.

The restrictions on this version of the game are given in the Wikipedia article on Diablo:

This version of the game allows access to only the first two areas of the dungeon, and locks out two of the three playable classes and many of the NPC townsfolk. It is playable in both single- and multi-player with those restrictions.

In addition to Diablo, the Blizzard titles WarCraft, StarCraft, and WarCraft II all had "spawn editions" on the disc. It has fell out of favor among Blizzard titles since, although it's arguable that World of Warcraft - Starter Edition is a modern incarnation of a similar mechanic.

I believe it's a multiplayer demo version of Diablo where you can only do the first quest and get to up the Butcher (second level of the dungeon I think, which is the the same as getting to Blood Raven in D2). There's also a bunch of other restrictions as well, such as not being able to talk to NPCs.

Not the answer you're looking for? Browse other questions tagged diablo .