How do I win naval battles?

I've always been fascinated by naval warfare - particularly old-style, age-of-sail naval warfare fought with cannon, shot and sword (or arrows, rams, and spears as the era allows). This was one of the big draws for me towards Empire: Total War, the chance to finally control some of those battles that I've always had to just heavily-outnumber-and-autocalc before.

However this is posing a problem for me. After several attempts I finally found that in order to win reliably you have to either outweigh your foe, or use broadsides; the latter requires insane levels of micromanagement. And even then, a superior ship or superior numbers almost always wins anyways. On land I can win some pretty absurd battles through careful deployment and cavalry charges to the flank (works like a charm); no such luck at sea. And the auto-calc function causes me to suffer terrible losses, on the order of 3/7 ships, plus damage to the rest, to sink 1 of 2 and drive the other off, despite the individual ships being equivalent.

Is there a trick to winning naval engagements and controlling the seas? It's becoming quite a problem - there's a rather large fleet that keeps sailing up and down my coast, wrecking my shipyards, blockading my shipping routes, and playing absolute havoc with my economy. I'd like them gone. (As an aside, is there a way to deal with such fleets without directly confronting them?)

There are several important aspects which you need to keep in mind in order to win naval battles.

The first shots of the battle are the most important ones, as they will influence the course of the rest of the battle. A tactic which often works for me is to turn your line of ships in front of the enemy line of ships and fire broadsides into their front line. Then swing around again, firing the second volley of shots into the sides of the enemy line (at this point the enemy will fire their first volley at you). 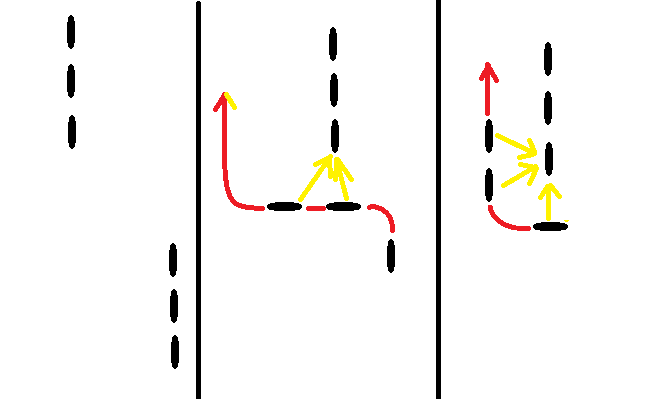 In the example above this maneuver will work best if the wind is blowing from the east. If it's blowing from the west it would be better to align the enemy fleet to you starboard side when approach. If you try to cross in front of their formation without the wind at your back you risk having the enemy fleet sailing trough your formation and hitting your ships in the rear.

Morale is extremely important in naval battles, once one ship breaks from combat panic can spread quickly trough the rest of the fleet. Make sure your admiral's ship is always near as many of your own ships as possible, and keep it away from enemy fire.

To damage enemy moral try to focus fire on one or two enemy ships to make them break from the line. If at all possible the enemy flag ship should always be the focus of your efforts.

Keep a close eye on the wind, use it to your advantage to get behind enemy ships and fire broad shots in their rear. Make sure enemy ships don't use the same tactic to fire at the rear of any of your ships.

The lighter ships usually do less damage then heavy ships of the line, but are faster, more maneuverable and have longer range guns. If you're facing an enemy with many heavy ships engaging him with light vessels can be very advantageous: keep your ships out of range from enemy cannons and you'll slowly wither him down while your opponent won't even get into range to deal damage to your own vessels.

For maneuverable ships it's good to keep in mind that there are two sets of cannons, port and starboard. Hit the canons first with one side, then quickly turn and hit the same ship with the second set of canons while the opponent is still reloading.

Not the answer you're looking for? Browse other questions tagged empire-total-war or ask your own question.