Will Diablo 3 run better on my Mac if I play in Windows 7 via Boot Camp?

Diablo III doesn't play very well for me in OS X, even with most graphics quality settings set to low.

A Battle.net support article says that the minimum system requirements in Windows 7 are lower than Mac OS X.

If I play Diablo III in Windows 7 via Boot Camp, is the game performance going to be better than playing in OS X natively?

I have a Mid 2011, 27" iMac (Specifically, with a Core i5, 2.6GHz CPU and a Radeon HD 6770M graphics card). I installed Diablo 3 in both OS X and Windows 7 and ran a few simple tests by loading up a character who was parked at the Act II starting area. 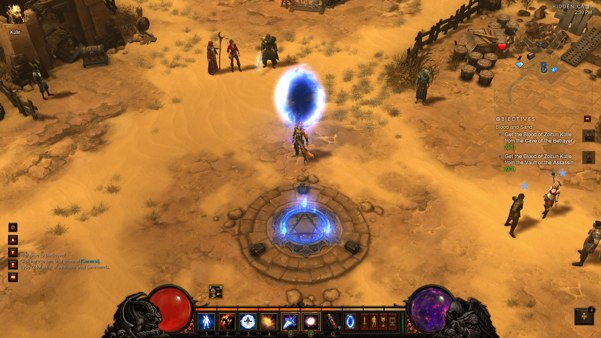 The default/suggested video settings were the same on both platforms:

Changing the texture, shadow, physics, and clutter settings only had minor effects (at least on my machine), but I did notice a significant boost by disabling anti-aliasing and turning on the "Low FX" mode.

I didn't exhaustively test every combination of settings and resolutions, but based on these results, I'm willing to state that yes, Diablo III runs better in Windows.

Not the answer you're looking for? Browse other questions tagged diablo-3 macos boot-camp or ask your own question.

5
Does Starcraft 2 run better on Windows or Mac?
26
Can I play games made for Windows on a Mac?
5
Is it possible to run Steam games that reside on my Mac OS X partition from my Windows partition?
2
Wine on OS X: Playing Counter Strike
6
Will the version of Diablo 2 included with the Collectors Edition of Diablo 3 run on modern Mac OS X?
3
Does Deux Ex: Human Revolution run better under Windows than Mac OS X?
2
How to play Diablo III in a Virtual Machine?