Who are the voice actors for the player characters and followers?

IMDb lists some of the voice actors and their parts—including the very recognizable Wizard Princess Azula and Malcolm Reed the Templar—but only has the Wizards, and female Demon Hunter and Witch Doctor actors.

Who did the voice acting for each of the 10 player characters and 3 followers? Bonus points for mentioning how they might be commonly known (other Blizzard games, TV series regular, etc.)

It just so happens that all of the main cast is listed under the Credits button. I've written them down below for reference, including a link to their IMDB page where available. The vast majority of them have voice acted for other big games, including Star Wars: The Old Republic and Mass Effect 3.

Furthermore, there are a ton of people credited for "Additional Voices" and "Monster Voice Effects".

EDIT: In the interest of providing a source for this, I've added a screenshot of the first part of the credits as well. 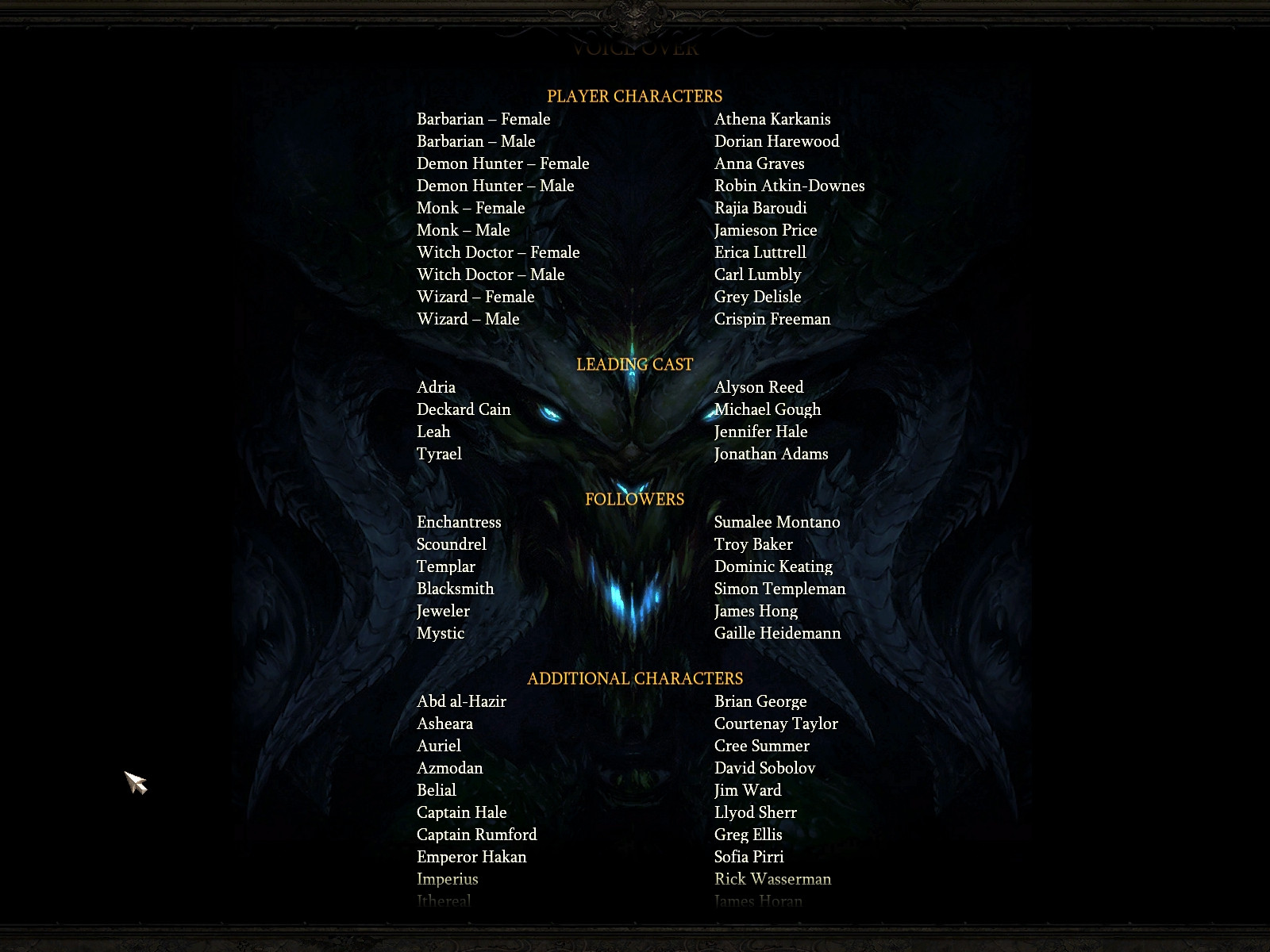 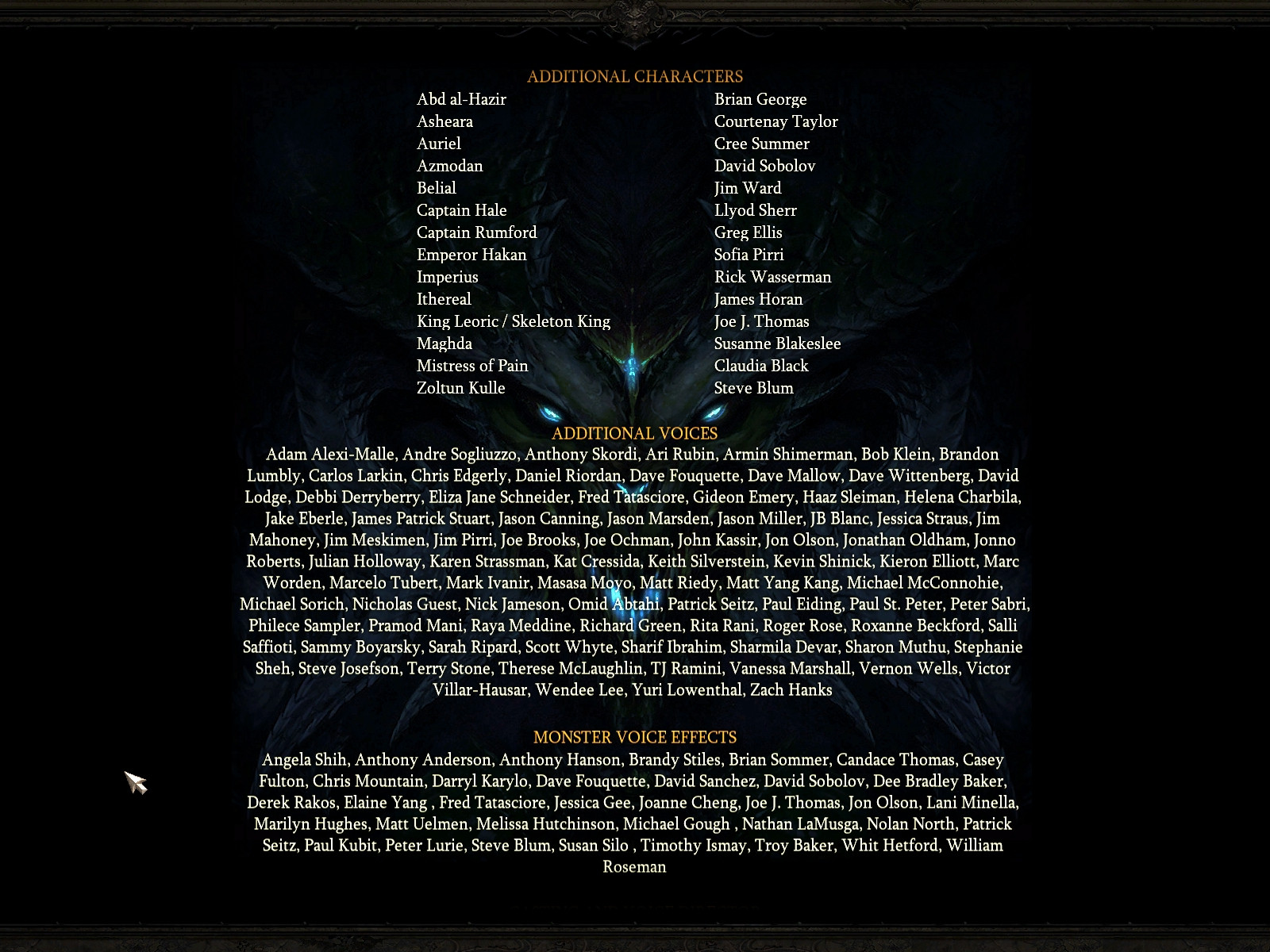 4
Who was the voice actor of the pilot in the Descent Freespace intro cinematic?

8
Are there any differences between the genders?
5
What are the primary stats of your followers?
9
Is it possible to transfer items between my characters in Diablo III?
1
Who are the five Lords of Hell in the Black Soulstone?
3
What's the wizard's main strength (or role)?
3
What are the names of the lore heroes?
7
How does Blood Star work?
6
Can people who own the Necromancer and people who don't play together?