Covetous Shen seems obsessed with gems but not the other sparkly fashion accessories that make my character absolutely fabulous, so I can't rely on him for a minimum upgrade for amulets and rings. The vendor in the north of New Tristam sold me my first pair of rings, but I'm in act III and I don't know where to look to try to upgrade my very dated rings and amulet.

Who and where are vendors that sell rings and amulets in each act?

Diablo III has a handful of merchants, but for the most part, they are named for your convenience. Specifically, only merchants known as, "... the Fence" will sell you "Trinkets", which include both amulets and rings. They will show up on your minimap as "Fence".

Act I: Radek the Fence

Radek the Fence is in the Nortwest part of Tristram, on your way towards the Northwest gate. 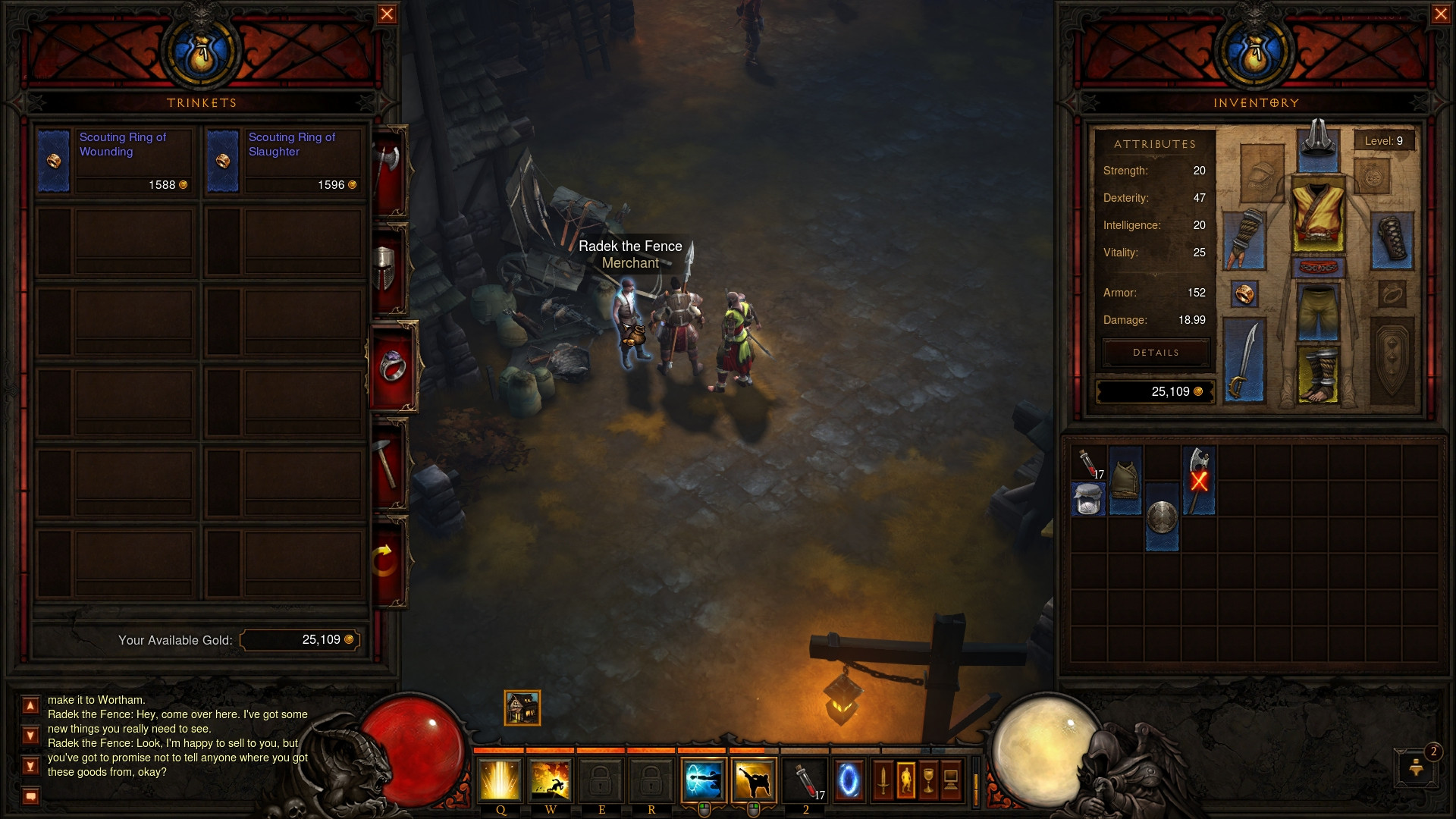 Silmak is also chilling in the Northwestern part of the town, though in his case, he's overlooking the city, a little east of the healer. 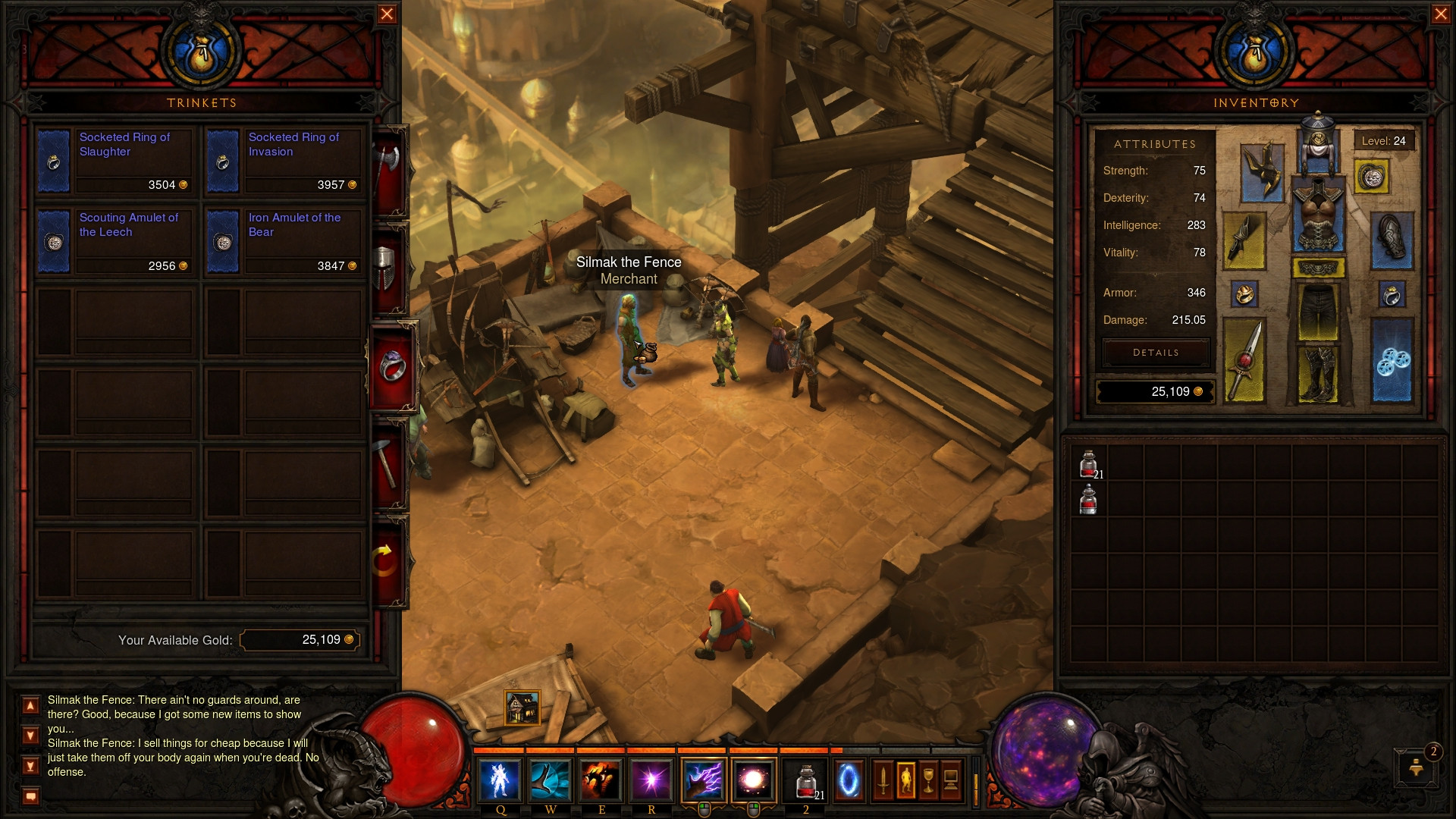 Litton is hiding in the southmost part of the Worldstone Keep area, where he will sell you the belongings of dead soldiers. 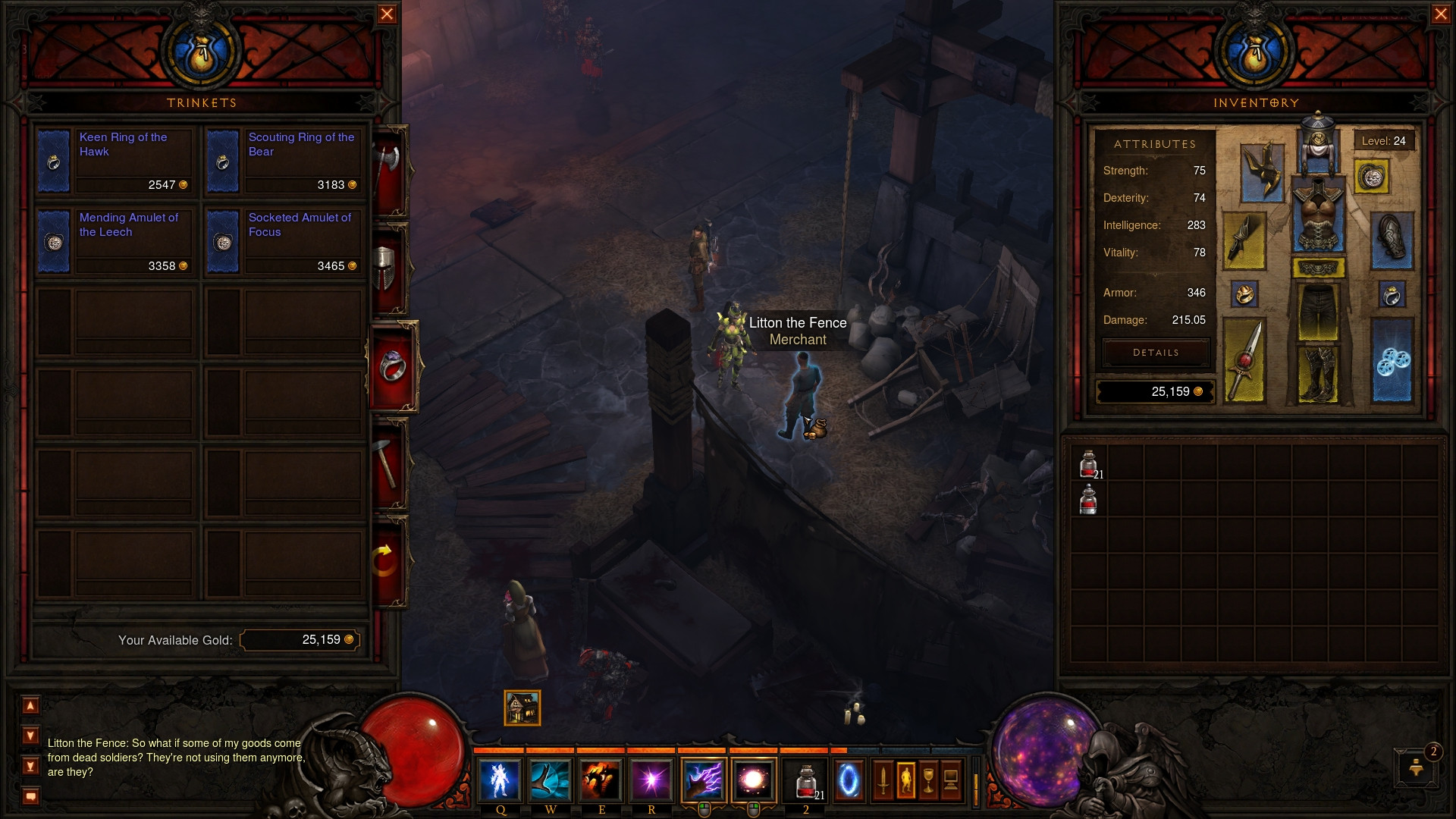 Any vendor that is a Fence (seller of stolen goods) will sell jewelry.

2
As a monk what magical attributes should I care about the most on weapons and jewelry?
8
Who is Leah, exactly?
4
Can amulets or trinkets (jewelry) be created by the blacksmith, jewelcrafter, or another artisan?
18
Who the heck is Abd al-Hazir?
4
Who were the horadrim?
5
Who killed Iron Wolf Bowden?
10
Who did we kill at the end of Diablo 3?
1
What is the best vendor for jewelry?
13
Who is Pancakes?