Where is Development Hell and the unburied Jay Wilson?

I saw YouTube videos of this Easter Egg dungeon and its Feat of Strength (FoS) "Smash! Jay, Smash!" placard, but its generation conditions are unclear.

Do I need to beat the Skeleton King first and return to the cemetery? Do I need to be in Nightmare mode to access it? Does it show in Hell or Normal modes? Are there other party or level restrictions? Is its appearance random or is it always in the cemetery? I only find Defiled Crypts.

Development Hell is a rare Random Dungeon that can be found in Act I. You need to have access to the cemetery, so the minimum requisite is the Shattered Crown quest. If the game you're playing has rolled for the dungeon to appear, you'll find 4 crypts opened in the cemetery, instead of the usual 3, as you can see from the following screenshot (the crypt is clearly marked as "Development Hell"). 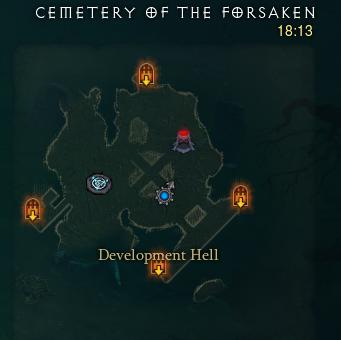 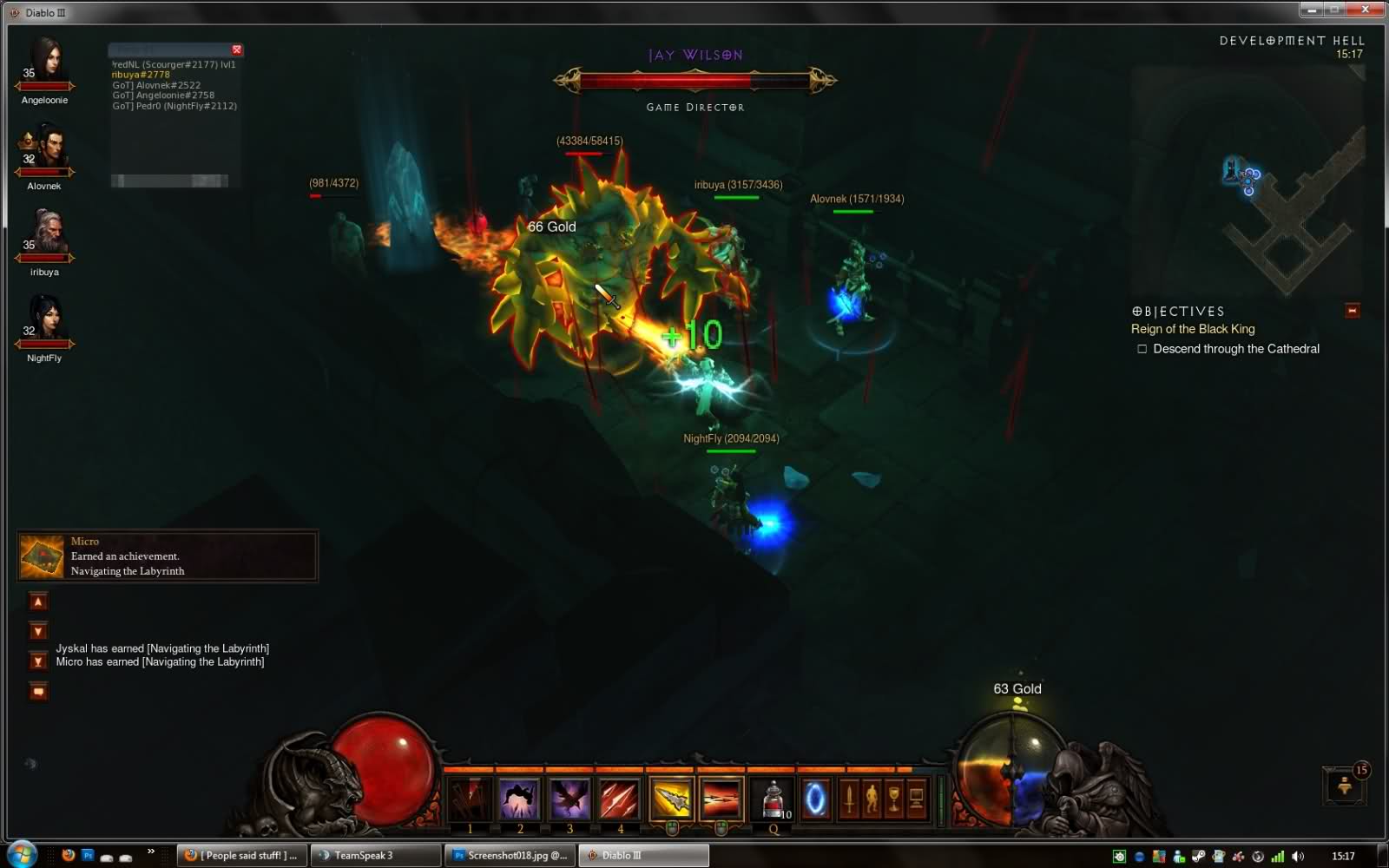 There have been various reports of its occurrence in Nightmare, Hell and Inferno difficulties. It still has to be found in Normal, but my guess is that it cannot happen at that difficulty.

Just did it last night on Inferno. Random crypt spawn when exploring the cemetery. REALLY fun to clear through. You get to kill Jay and get the Feat of Strength (as mentioned) and each mob inside has a different name for different people who helped make the game (also includes their title i.e. 3D Artist).

I'd highly recommend checking it out if you ever get lucky enough for it to spawn.

I've found him in one of the 3 random crypts on nightmare, before doing Leoric. He is just a purple elite.

114
Where are all the random dungeons?
19
What are the feats of strength in Diablo 3?
6
How is the Quality Well in Old Tristram Unlocked?
5
Who killed Iron Wolf Bowden?
0
Where is the “Jar of Souls” event in Act 1?

5
How do I kill the Treasure Goblin in Hell?
23
Nepha-what now? What the hell is a Nephalem and why does everyone keep calling me that?
12
Is a summoning Witch Doctor build viable in Hell and Inferno?
1
Who are the five Lords of Hell in the Black Soulstone?
2
What is the purpose of a “Hell bringer”?
6
Can you cheese your way into Development Hell?
3
Did the loot table of Whimsyshire on Hell changed post-Patch 1.0.3?
3
At what MP does Inferno Act I is better than Act IV Hell, and each Act of Inferno?
3
Where did the Nightmare and Hell difficulties go in Diablo 3 after the expansion?