Does the dialog with followers change based on the hero's class?

Does everybody "know their roots" in the Diablo Universe?

Last night I got into a conversation with my Templar where I encouraged him to try and remember "his sins" as it were, which he had been forced to forget as part of his initiation into the Templar order.

My Witch Doctor suggested that he grind a particular type of root, which is said to have memory restorative powers. This seems like an awfully Witch-Doctor-y thing to suggest.

The Templar seemed to think this was a good idea, but I'm kind of wondering how this would have played out had I been a different class with perhaps less knowledge of herbal remedies. Perhaps the Templar's reaction is generic, but the hero's dialog is class-specific?

Does the dialog with followers change based on your class? Does gender matter at all? If it does change, do the follower's responses change, or just my hero's dialog? 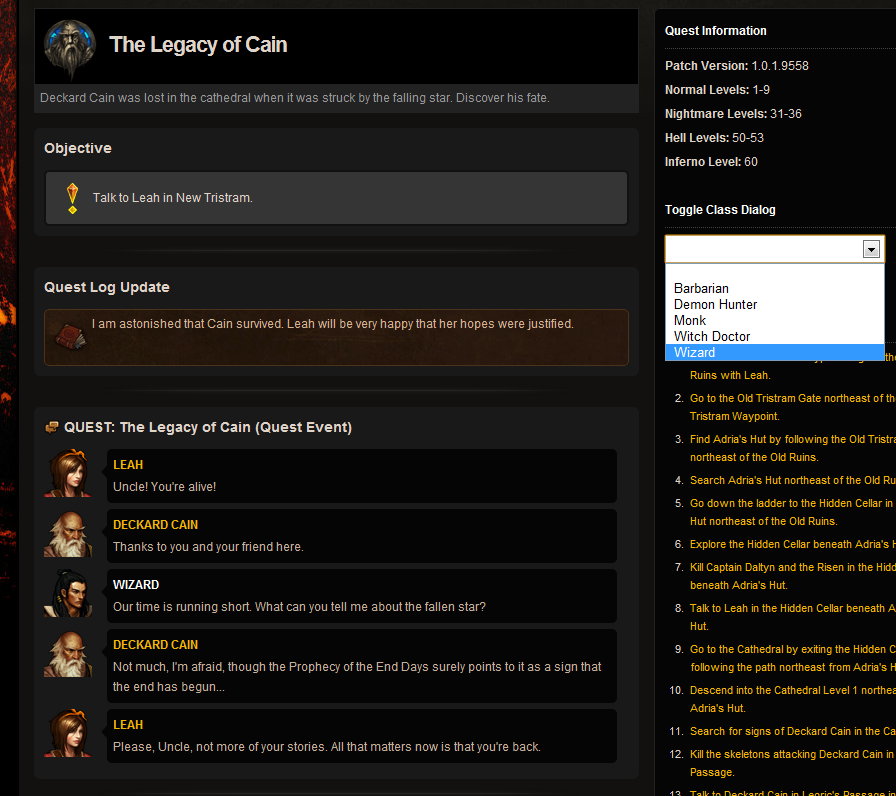 While the amount of conversation options with your Followers remain consistent from playthrough to playthrough, regardless of class, the dialogue varies, both for your hero and the NPC.

Generally, though, the dialogue follows the same sort of progression from class to class. My monk didn't suggest any herb-healing remedies to the Templar, but the Templar still began to learn of his past regardless.

7
Are there any differences between the genders?
3
What's the purpose of my followers “focus”?
3
Is it even possible to have a melee based class play a range style in Diablo 3?
8
Does magic find on followers do anything?
1
Do dungeons, enemies or their abilities change depending on what class you're playing?
9
Does followers' gear remain after switching between followers?
5
What are the primary stats of your followers?
4
Does the monster's class/type matter?
7
Does Blood Star affect followers?