So some of the posts here show Cryder's Outpost being in Act III in the Battlefield. I have run this like 40 times and it is the only dungeon I am missing from Act III. Can anyone verify this? Is it just one that does not spawn very often?

It is more common than rare—I got it a few times during my later runs. When it spawns, it's in the center of The Battlefields. Take the Bridge of Korsikk waypoint backwards (or go Basion's Keep => The Arreat Gate forward) to get to The Battlefields. If you don't see the center formation, quit out and "Resume Game" to try again. You'll need to open the door to enter. This is what the spawn will look like, coming from The Arreat Gate (with the Bridge of Korsikk WP in the distance): 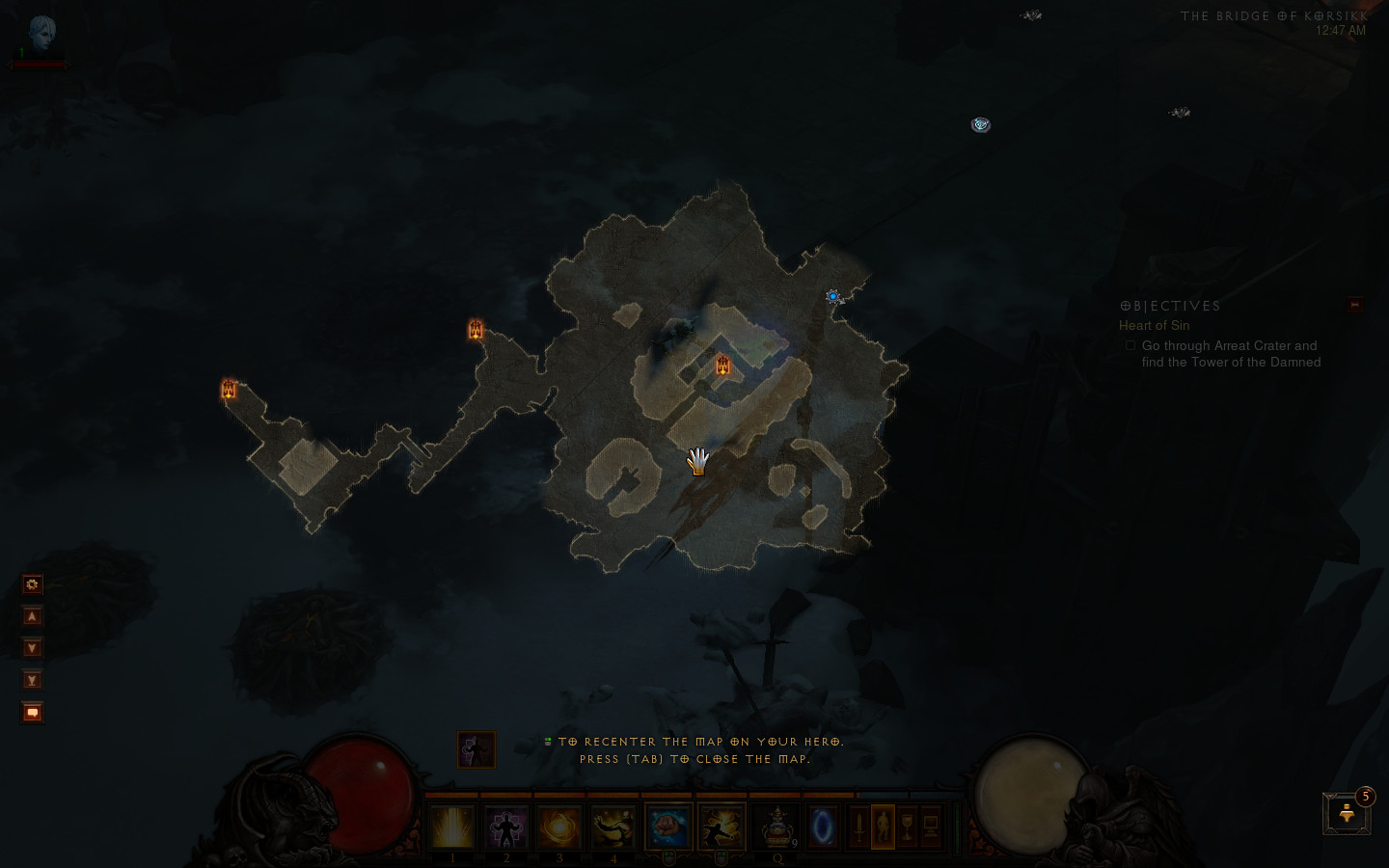 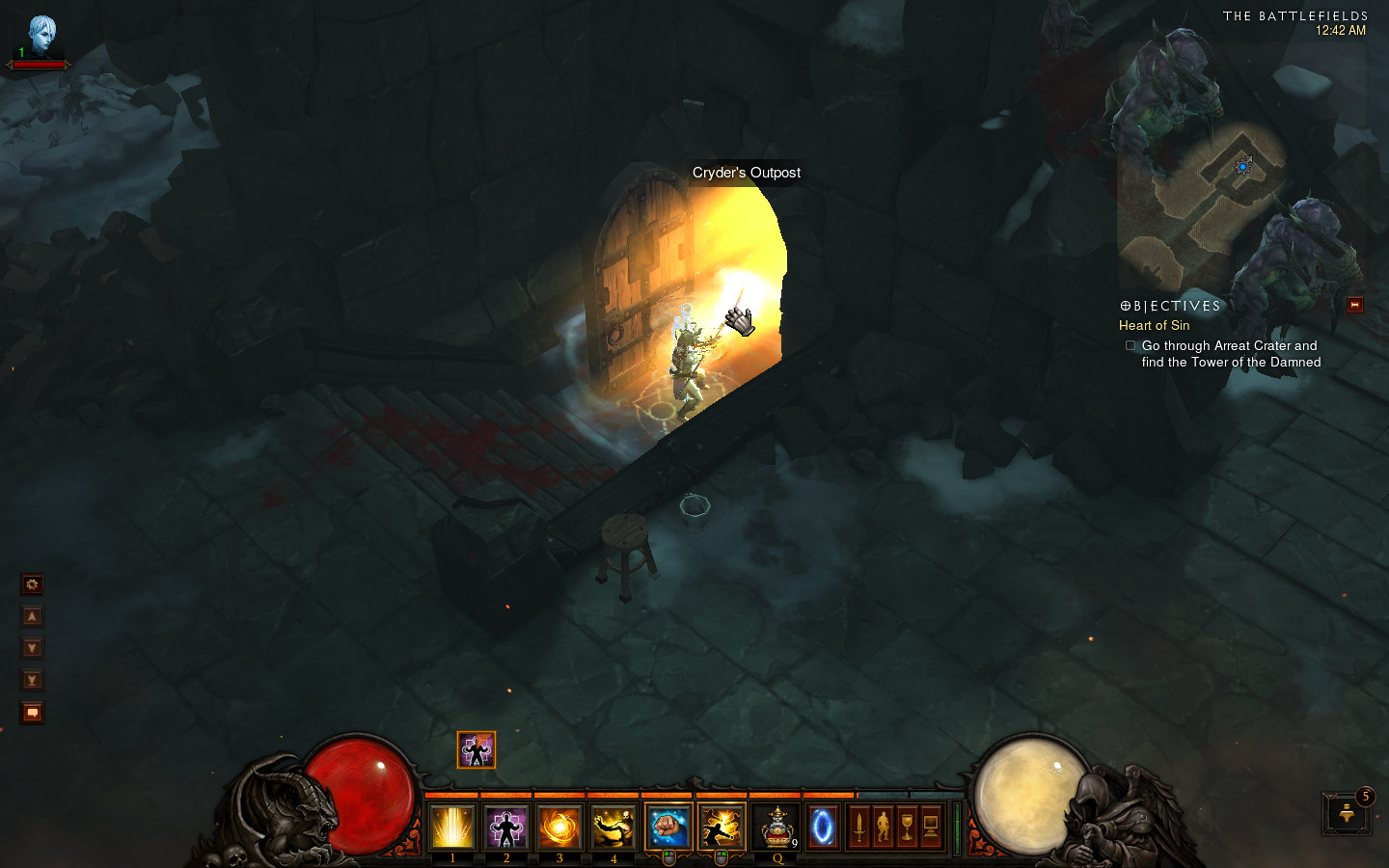 I actually found Cryder's Outpost last night in the Battlefield part of Act III, so can verify that it does exist there

I'm not sure how rare it is, however it is probably frequently missed since it was behind a plain looking door, and didn't show up on my map until I broke down a door. I only noticed it because the door highlighted when I hovered my mouse over it.

It was below a hill which had a spiral path going to the top. At the bottom, there was a short path that went a bit lower than ground level and the door was down there.

I can't remember exactly where it was, but I want to say it was right outside of town, a short distance from the town's blockades

Edit: Sean's answer shows screenshots of what it looks like and where it's located :)

113
Where are all the random dungeons?

9
Where can I find Report from Wortham and Villager's Journal?
8
What's the minimum item level where sockets appear?
4
Will I level “too fast” if I clear each map completely?
13
What determines the glow color/particle effects of a weapon?
2
What is the purpose of a “Hell bringer”?
16
Inferno Act 1 Gold Farming, Skeleton King vs. Butcher
6
“Crop Dusting” Achievement as a melee class?
0
How random are the dungeon map variations? Are there predictable differences between difficulties?
8
How do I see what quest I haven't completed yet?