Where do I search for "The Hanging Tree" book in Act I?

Where do I search for The Hanging Tree book in Act I?

The Hanging Tree is the first "book" you need to listen to in the Act I, but I cannot find it; what am I missing?

The Hanging Tree is a book and event in Act I, that takes place in the Weeping Hollow. The event happens at a tree from which three corpses are hanging. When your character walks past, he'll say something like "What happened to this grave," although I'm sure that depends on your class and gender. Clicking the coffin under the tree starts an event where a dozen skeletons will rise up and attack you. When you kill them all, the event is over and the book will pop up.

There are five random spawn points where you might find the tree within the zone. As you enter the zone from the Southeast, keep walking Northwest, off of the road. The first random chunk is just on the other side of the trees that line the road. The second is just northwest of the first; the third just northwest of that; the fourth to the northeast of the third. The fifth is on the other side of the road, far to the east and just a bit further north of the fourth chunk.

There are eight different tiles that might spawn in these five locations. If you run this zone a few times, you'll quickly learn to recognize them. I'm describing all of them here to help make the farming process easier.

The Hanging Tree event (and hence the book) will only appear when the tree is surrounded by those four bits of disturbed earth.

The easiest way to farm this event is to change your quest to The Shattered Crown, walk out of Tristram to the checkpoint across the bridge, and start hunting. If you don't find the tree, leave the game and then resume again -- you'll spawn right at the start of the zone. Knowing that there's five places where this event/tile can spawn should help you quickly find it (as well as the Den, if you're hunting that achievement too).

Note: in the below image, I just marked what the chunks were that time. They're random! The tree could be at any of the 5. 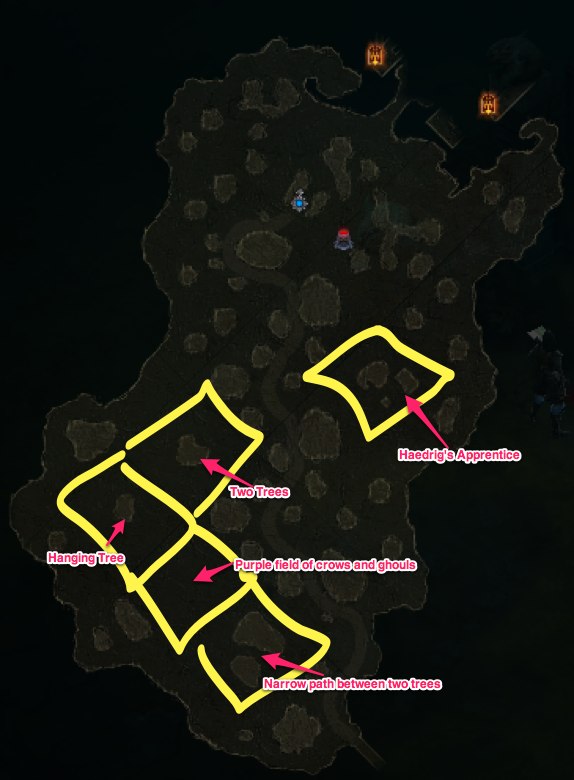 I have just got the Hanging Tree Lore Book a few minutes ago.

Have attempted many times with the "Shattered Crown - Northwest Gate" quest without success. So I switched to the "Reign of the Black King - The Royal Crypts" and found the coffin with just a few attempts.

I found it about 2-3 "tree blocks" from the Weeping Hollow's entrance. There is only 1 coffin next to the tree. Your hero will say "Something has disturbed these graves..." when you click on the coffin or walk past (cant remember the details). After that a few coffin moulds will rise and all you need is to kill whatever that comes out.

I finally got this book after 30+ runs or something. It seams it's pretty rare (or i just got bad luck). You have to look in those four areas of the map that are random. Finding the tree is not enough, this event only happens when you see four desecrated graves around the tree, if you see a single grave, that is not it. You need to remake and keep searching. The fastest way is to get the checkpoint outside New Tristam when you are doing the "The Shattered Crown" quest. This way, every time you restart, you are already in the zone.

This can be found in the Weeping Hollow (south of the Cemetery of the Forsaken) near a Rotting Coffin. When you click on the coffin you will be ambushed. Once you kill all the mobs the book will drop.

Using the answer here I was able to find the Hanging Tree in only a few run throughs.

Particularly I was in Normal - A Shattered Crown ( Find the Cemetery ) on patch level 1.03 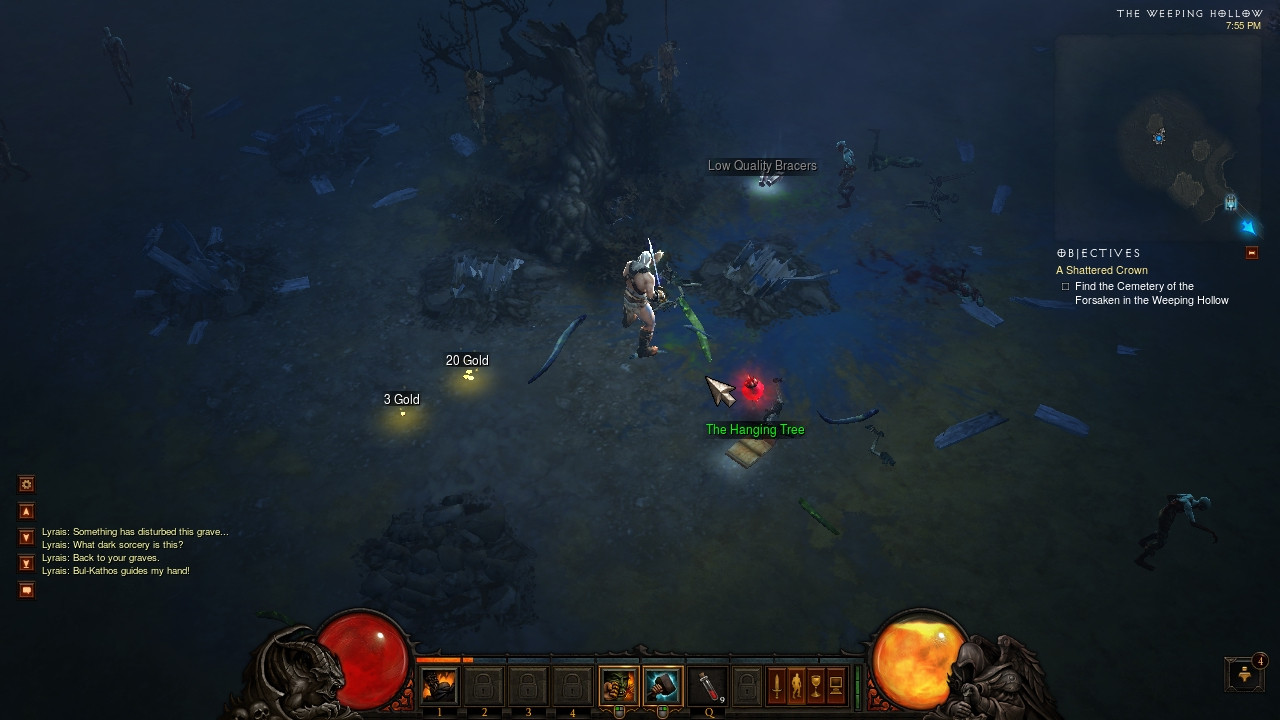