In Act IV Hell difficulty, I found a pack of champion Vampiric (something else) (something else) Corrupted Angels. My attacks were only hitting them for 1500-2000 when normally my hits are in the 5000-6000 range. I was using a physical-only weapon.

After several tries I realized that I could not kill them, no matter what I tried. The vampiric healing was more than enough to outdo my wimpy hits.

I started paying attention and noticed that the normal Corrupted Angels were only taking about one third of the normal damage as well. I don't think it was a debuff, since I alternated hits against an Angel and then a different mob and could clearly see the difference: 2000, 6000, 2000, 6000, etc.

In a later run I didn't see this behavior at all. I noticed I had changed to a fire-based weapon.

Is there some sort of hidden physical damage resistance that corrupted angels have?

I finally noticed a pattern with the corrupted angels that explains the damage reduction I was seeing.

When a corrupted angel first takes damage, it gains a shield that reduces all damage of that type by ~66%

In the screenshot below, you can see one angel has a reddish shield. The shield was not there until I attacked it with a fire-based attack. The other is a little harder to see but it has a shield tinged with blue. I hit that angel with a lightning attack. 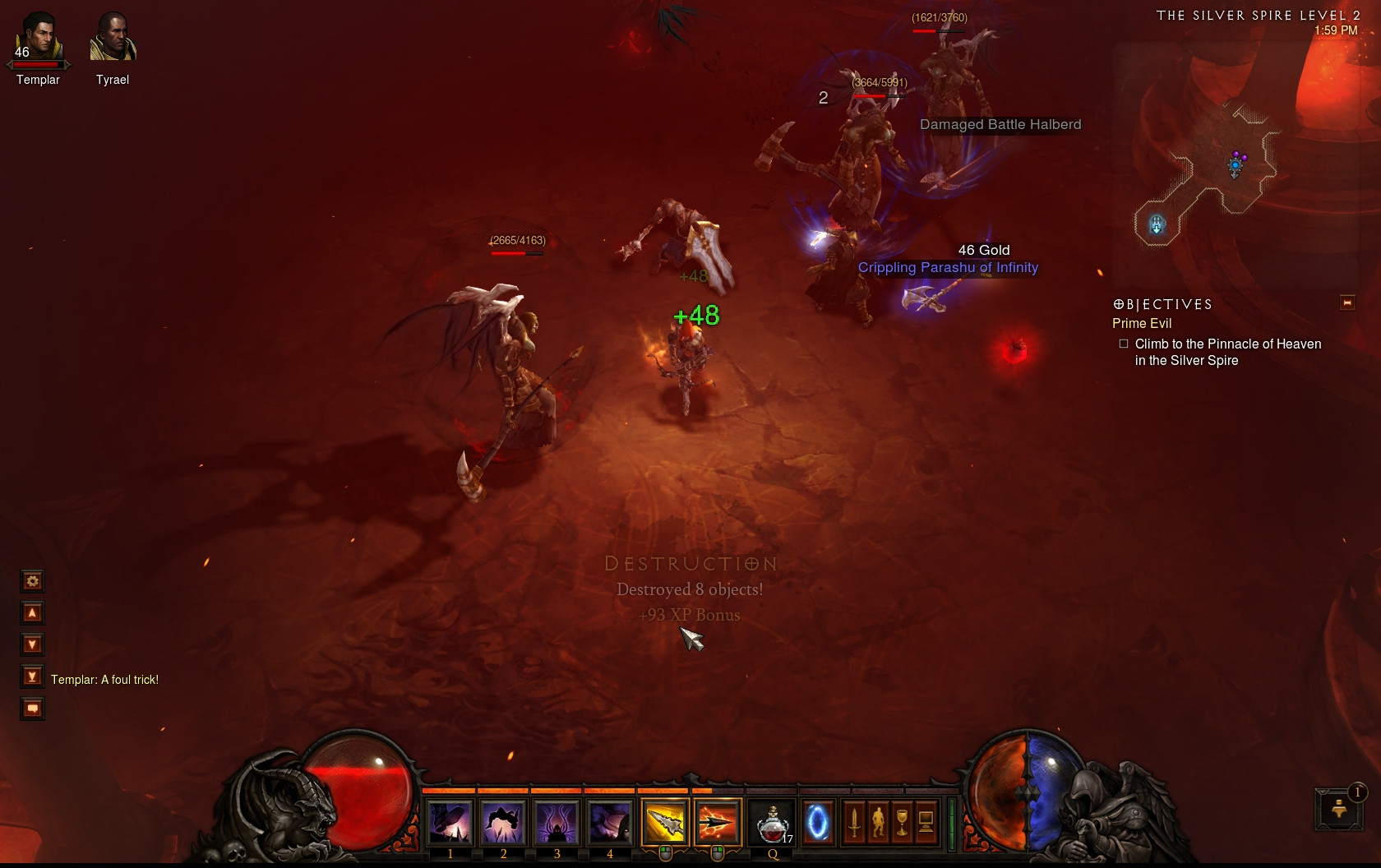 So if you are progressing through Act 4 and having a tough time on these creatures (especially champions), the answer is to hit them once with a secondary attack that deals a different element than your primary damage dealing attack. They'll shield against it, and your normal attacks will deal full damage.

Corrupted angels are indeed resistant to physical damage, both elite and non-elite. Elite angels can be very frustrating to barbarians, as some affixes make them nearly invulnerable since the only non-physical ability in your repertoire is earthquake (and Whirlwind with the last rune).

Can't you see the black shield around them? When they cast that on themselves they take less damage, it's not just "physical", but all around damage reduction buff they put on themselves.

It's the same graphic as the "shielding" affix, just black.

2
What, exactly, does physical resistance protect against?
4
Buying Legendary Blacksmithing Plans
6
What is a “physical skill”?
8
Are damage over time effects buffed retroactively from damage buffs?
13
How does “elemental” damage on weapons work with “physical” skills?
7
Do Templar skills benefit from increase to physical skill damage?
5
How are all the damage bonuses applied?
2
D3 Weapon Damage Physical Damage