In Crysis, is there a non-lethal way to disable guards in vehicles?

Lately, I've been playing Crysis, starring Nomad, The World's Nicest U.S. Marine. (That is, I'm not killing anyone who I'm not required to)

As I type this, I'm zeroed in on a KPA soldier in a humvee. I've got a SCAR, which has a tactical attachment, so I can knock the soldier out if I want to, but I'm pretty sure he'll just wake back up again. The colonel says that I have to secure the crusher so that the Marines can land, which I interpret to mean "kill or knock out all of the KPA".

Is there a way that I can permanently knock out a KPA soldier on a vehicle-mounted gun, or do I have to kill him?

This 3 years old question bothered me much more than it should have.

From your mission's objective, the area seems to be the facilities neighboring the open-pit mine in the mission "Awakening".

Let's put this in 3 points:

Guards leave vehicles that are damaged to the point of being about to explode. In such case, there is a chance that the guard may not leave fast enough and die. This can be done by shooting the vehicle's reservoir or attached jerrycan until it catches fire. That's the unsafe way.

Guards will also leave a vehicle that is damaged in a way that makes it impractical to drive. Considering the limited damage model of available vehicles, this is essentially a matter of missing tyres.

What comes after the theory

I reinstalled the game. Copied my archived saves. Loaded the right level. Made my way to the quarry. Climbed back on a beloved roof spot. And I shot a tyre to make a KPA soldier disembark a vehicle. This last part can be seen in this video:

Which I summarized in this picture: 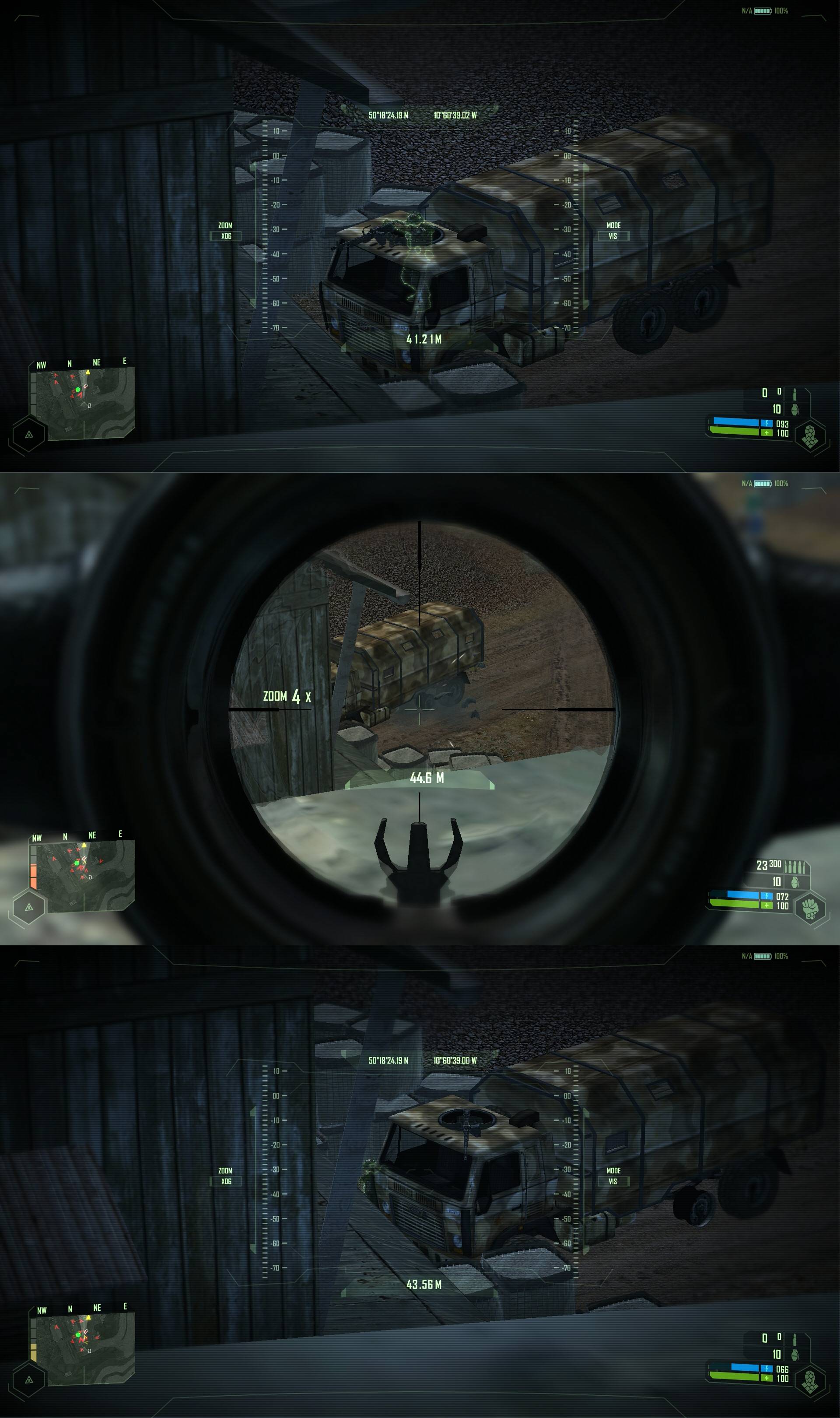 And as far as punching a guard manning a gun on a jeep, well, what can I say to that...

You have to kill them. Kill them all. No KPA soldier leaves that quarry. Or in other words:

"No, there is not a non-lethal way to disable guards in vehicles".

Played on Delta difficulty, of course.

Not the answer you're looking for? Browse other questions tagged crysis or ask your own question.