Can a disloyal Miranda survive the suicide mission?

As indicated by multiple questions all over the intertubes and also on our site it is difficult to keep the loyalty of both Miranda and Jack. Given my chaotic good play style I've accepted that my paragon level will not reach a sufficient value to regain Miranda's loyalty. Since the rest of my team is loyal is there a way to ensure a disloyal Miranda survives the suicide mission?

I used the below survival flowchart to determine the best strategy to ensure my entire squad survived the suicide mission at the end of Mass Effect 2: 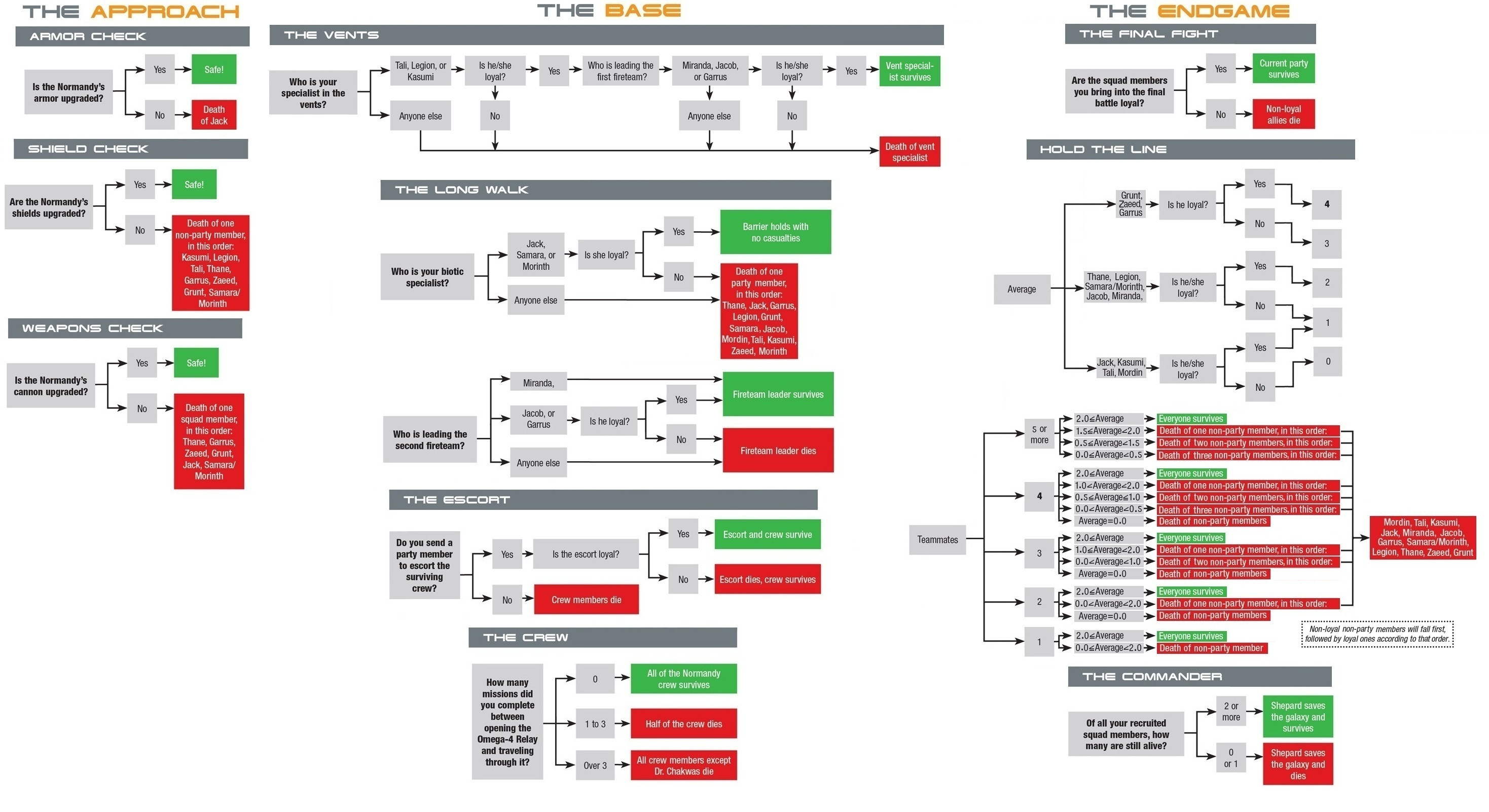 In the end it comes down to holding the line. Which will randomly kill your team if you lack loyality among them. As all of your team is loyal except Miranda just don't have her hold the line.

As pointed out in Shinrai's comment non loyal members will die before loyal ones when holding the line. So as she is the only crew member not loyal she will be first to die if something goes wrong.

Having strong members holding the line is a good thing. Grunt, Zaeed and Garrus to name a few. As Miranda is not loyal, She will need to hold the line (taking her to battle will lead to her death), this will keep your average holding the line above 2. So you should have everyone survive.

I also suggest sending Mordin or Jack as the escort for your crew. As they are loyal they will survive, and you can save stronger team members for holding the line.

This shouldn't be a problem, and indeed as a rule any single disloyal squad member is not a problem, assuming a few other factors.

A: You need all the upgrades for the Normandy heading into the mission. For every one that you're missing, a squadmate dies. (Note that Miranda specifically cannot die as a result of the events that happen in the approach, so you have no worries here.)

B: The choices you make once in the base. As long as you're sending people on jobs for which they're qualified, and they're loyal, nobody should die at all. Apparently there's a special exception for Miranda not dying when leading the second fire team, even if she's disloyal, but I wouldn't risk it myself.

C: The party setup for the final battle. Do not take Miranda with you - she'll die because she's not loyal. You want to leave behind strong squadmates for the hold the line sequence; Miranda will die if your team isn't strong enough. I'd recommend taking some combination of Jack/Mordin/Tali/Kasumi to the final battle, because they're the worst at holding the line. (Also make one of those four do the escort run.)

Not the answer you're looking for? Browse other questions tagged mass-effect-2 or ask your own question.

15
Keeping the loyalty of both Miranda and Jack