Is there a chart showing all unit upgrade paths in Civilization 5 Gods & Kings?

Is there a chart showing the upgrade paths for the units? Something like

for all of the units, similar to the chart on this site for vanilla.

Although not as pretty as the chart on the other question, I made a basic version which is generated directly from the game files, and includes all unique units: 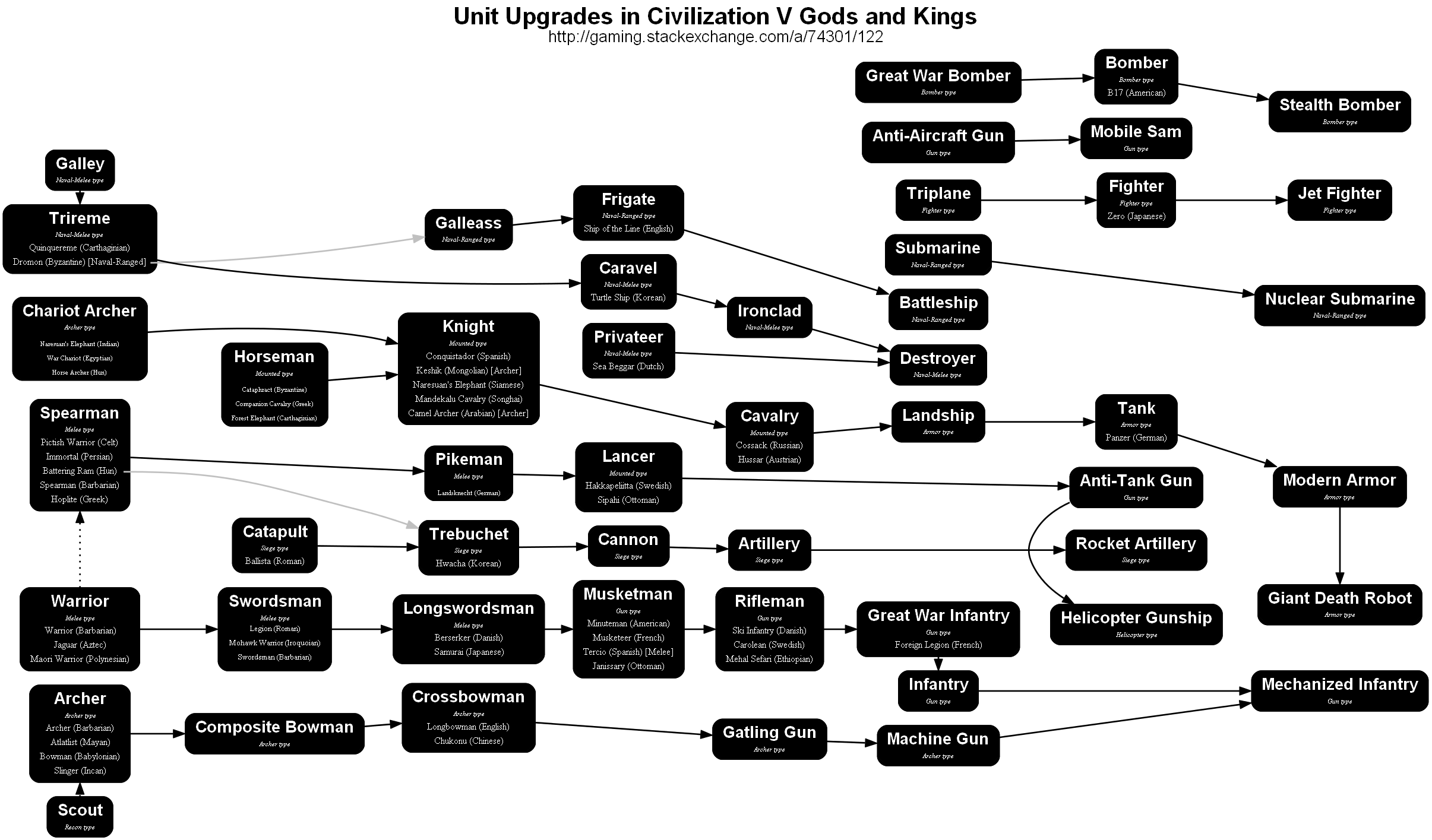 In addition, there's a similar graph posted over at civfanatics. It's (much) prettier and lists strategic resources needed for each unit, though it does not list UUs.