What are the extra icons that sometimes show up on Okami HUD during combat?

The Okami manual and some FAQs describe the HUD in detail, but I can't find any explanation for the icons that sometimes appear during combat. For instance in this shot: 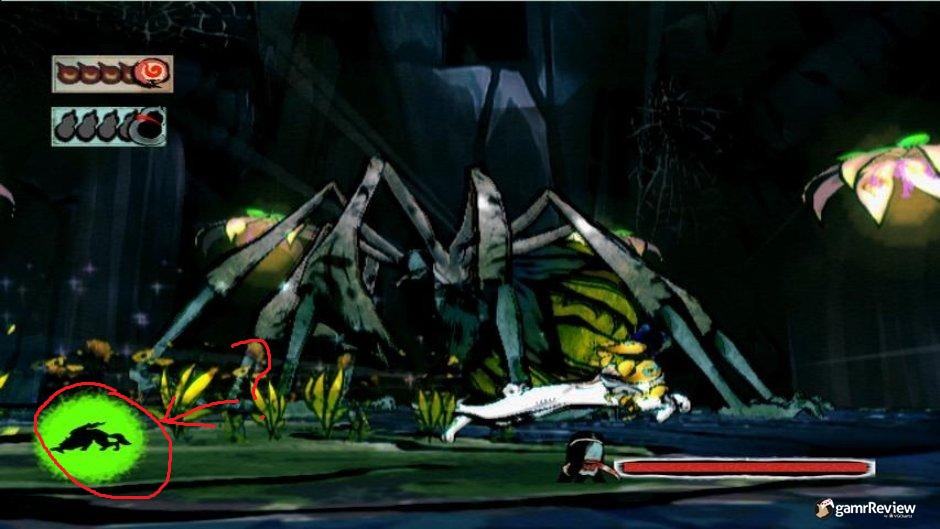 It seems like these show up after I do something positive in combat, but I haven't noticed a pattern yet. (I'm still only a few hours in, so I might be premature in my question. No doubt I'll talk to someone or open a scroll that explains this next time I play. ;-)

The icons in the lower left corner of the screen represent the player's current Godhood level. Godhood allows the player to absorb enemy attacks without taking damage, with each increasing level allowing for one more negated attack.

By default, the player has neutral Godhood, which is not represented in the HUD (no icon will appear). This level does not grant any effects. When combos are performed successfully in battle, the player's Godhood level increases.

Godhood level is represented by a circular, colored icon containing a silhouette of Amaterasu in the lower left of the screen:

Taking damage in battle will decrease Godhood by one level.

There is also a "negative" Godhood level, which is indicated by a skull-and-crossbones icon and can only be acquired by fleeing from battle (which will reduce Godhood to this level regardless of its prior level), or by entering a cursed area when at neutral Godhood. Some sources state that this level leaves the player especially vulnerable to attacks, but there does not appear to be any confirmation that it causes the player to take any additional damage compared to neutral Godhood.

Not the answer you're looking for? Browse other questions tagged okami or ask your own question.

1
What does the “LCD TV” option do in Okami?
5
Are there any differences between Okami and Okami HD apart from the graphics?