Is there any reason to continue exploiting food production once my planet has reached maximum population?

When I first colonize a planet, I often set my exploitation to one that increases food production so that I can more quickly get the planet's population maxed out.

Once the planet reaches maximum population, and assuming that removing the exploitation wouldn't cause starvation, is there any reason to keep the high food production? Does anything useful happen to all that extra food, or is it simply wasted? 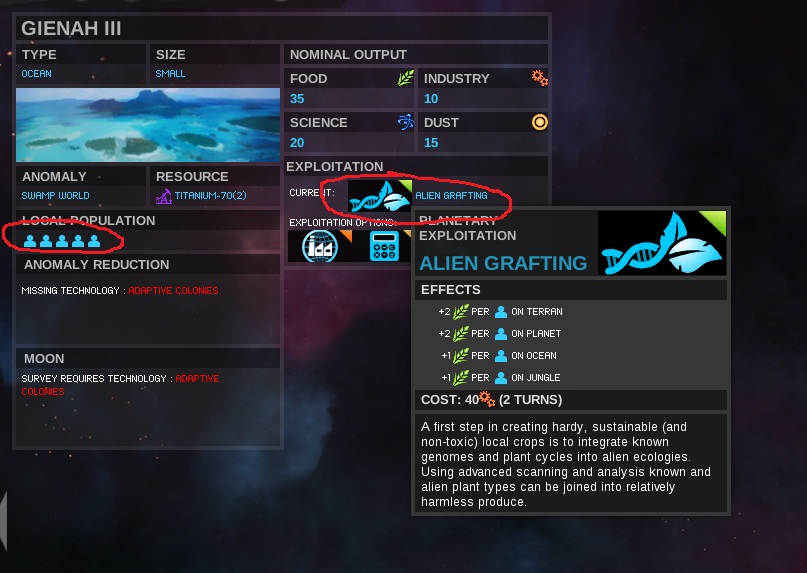 As fbueckert notes, you only start "wasting" food once the entire system is fully populated. Beyond that, extra food isn't very useful. There is one improvement, late in the East technology tree, that converts 100% of surplus food into industry, but you're much more likely to fully population cap systems before you make it to that point.

Two things that bear consideration, however, are Colonists and +Pop system improvements. Making a colony ship will actually remove one unit of population from your system (just as scrapping a colony ship will automatically add one population to the nearest star system, if possible). In the short term, you can use the population-capped system to produce colony ships, and though I don't know the details, it seems that some food and production are stored, such that if a population capped system produces a colony ship, the planet will immediately regain its lost population from the "wasted" turns. (Though, again, I don't know the exact mechanics)

The other thing you might want to consider is are the +Population improvements, the earliest of which is Endothermic Structures (+1 to small, +2 to tiny). As soon as you build one of those structures, the population cap increase, and you will need food production until you max out again.

Neither of these are permanent solutions, however. The only consistent use for wasted food is from the End-Tier, "Dust Virtualization" tech. 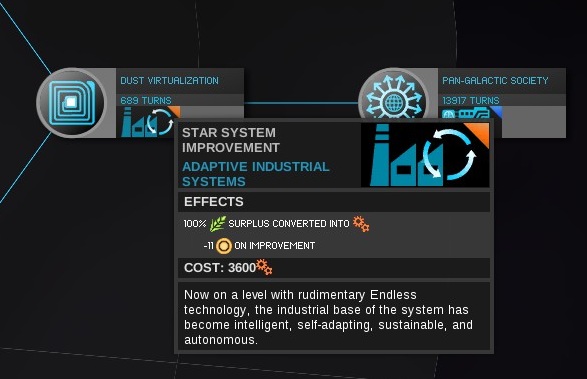 Population growth isn't calculated on a per-planet basis; it's done per-system. When the birthrate is sufficient enough to create a new "person", that person is assigned to whichever planet provides the best benefit to your empire. As an example: 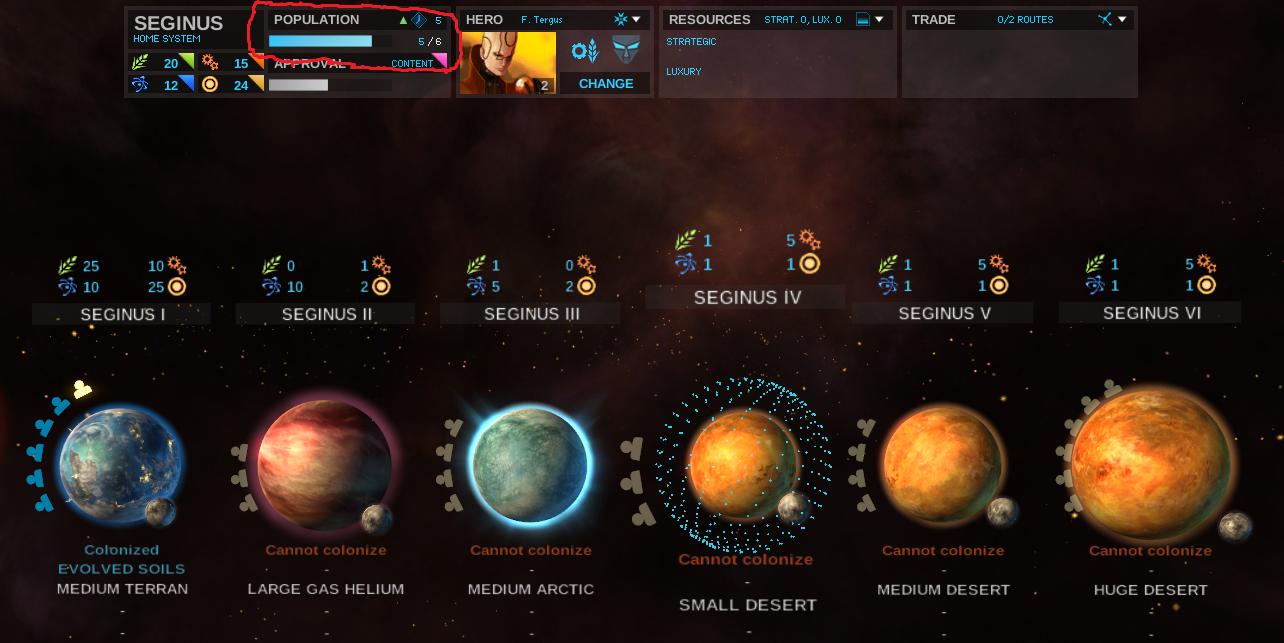 Here, you can see that I have one planet colonized, with 5 turns until I receive another person. Once that person is created, it will be automatically assigned to the only planet available. However, if I had colonized other planets in this system, I would continue to receive the benefits of food exploitation by providing people at an increased rate, thereby increasing my FIDS from the system much quicker.

So, yes, the advantage of continuing to exploit food on a planet with max population is to increase the overall growth rate until every planet in the system has hit maximum population. That's the point where you want to change the exploitation to something else.

What you should be doing is migrating the population from high food systems to low food systems. If the population is reaching the maximum, make colony ships and send them to all those gas giant and lava worlds that grow so very slowly.

Converting the food structure to something else when full seems like a good idea. But in most of my games i unlock technologies that add to my maximum population all the time. If you are playing right you will never get the chance to truly max out population, because will constantly be able to :

1) Increase the limit per planet 2) Be able to colonize increasingly harsher planets, thus the need to bring population from elsewhere

Not the answer you're looking for? Browse other questions tagged endless-space .

1
What does extra food production do?