How do I ward properly in DotA 2?

I finally got my DotA 2 Beta invite. Now to learn the game I read it's a good start to play support heros (like I already loved to do in League of Legends). Even though I'm still pretty new to the game I suspect it's mostly the supports job to buy and set up wards.

I am therefore interested in learning how to ward effectively.

On the following image I additionally marked wards i use on regular basis in above average MMR (~3700).Works on AP mode on public matchmaking where counterwarding is less common. 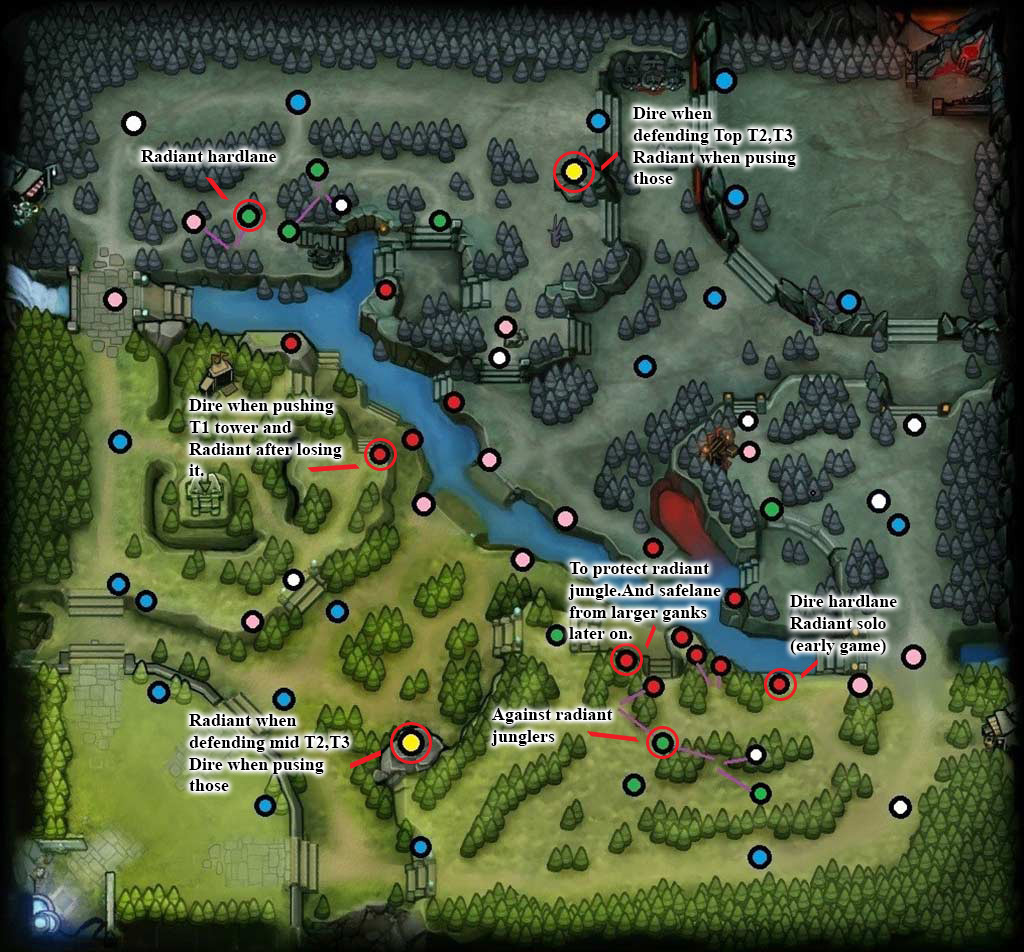 For average skill games with low warding and no counterwards,you should focus mainly on red dots especially 2 hills near the runes with the priority of upper one in early game and lower one later when killing roshan becomes more likely.

Wards should be placed as early as it gets and replaced just a bit before they expire(you can see the timer),it is the best if you can go grab a rune and place new ward at the same time so you don't lose much "lane time",if it is on opposite lane you could port there and combine it with a gank or push attempt.

The linked guide that Arremer posted here is absolutely awesome, but it's probably a bit much for a very new player. When I teach new players I gave them 8 good ward spots to use- some more basic than others. I've circled them on the image linked: 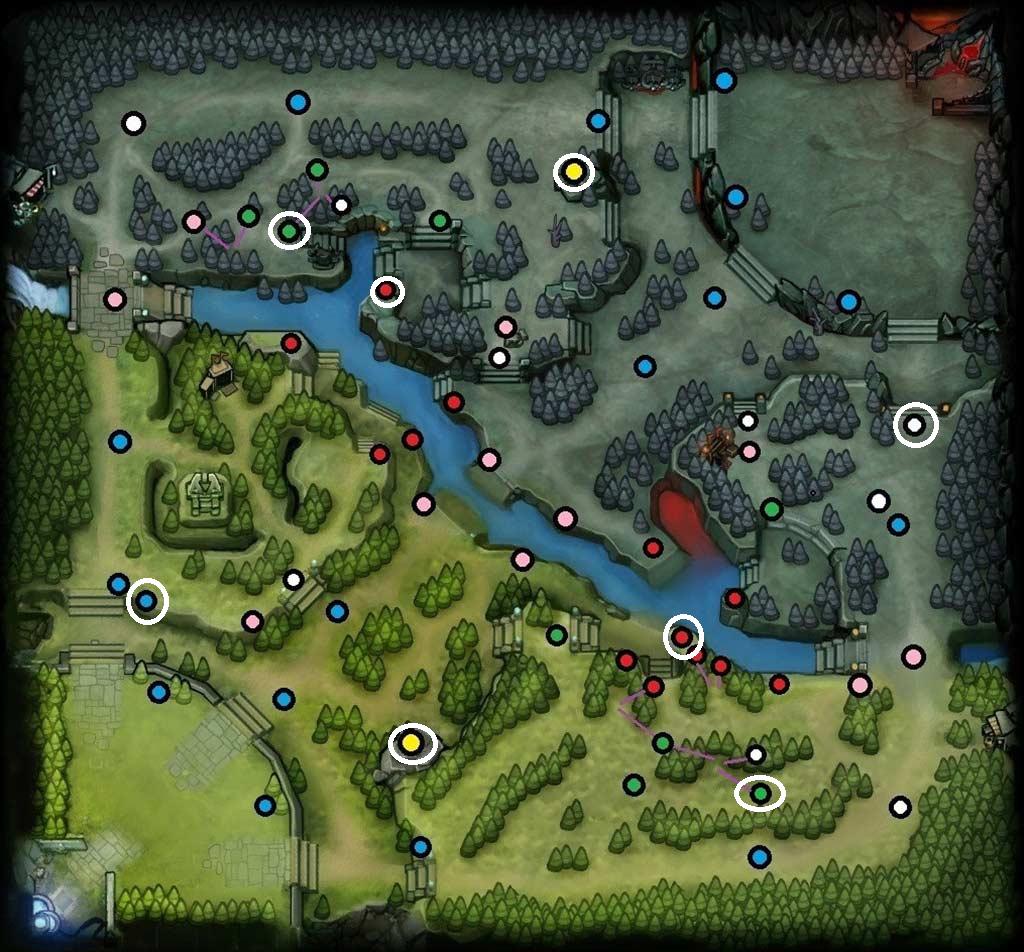 There is so much to warding that it's something you'll improve at for a very long time. For a complete new player, these are where I'd suggest starting.

So an overview: with your 2 wards at the start place one that's able to see a rune location, and one to block the pull camp. Try to do this right around 0:00, but not before, so that your mid hero is able to see where the 6:00 rune spawns. (Observer Wards last 6 minutes). This is pretty important. From there, keep wards up in the middle and maybe place aggressive wards if you know you can do so safely. Mostly you're concerned with keeping an eye on gank attempts and Roshan in the midgame. After you take T2 towers with your team, worry about getting offensive wards placed after you win teamfights. This will let you secure the game. Good support players are way more influential in Dota2 than they are in LoL, but it's still the same thankless role and much harder to accomplish.

I suggest you read my reply here too to know how to understand counterwarding, which is done with blue Sentry Wards (they last 3 minutes).

1
Where are the magic bushes?
8
Counter-warding: how to know where wards are?
5
Playing Riki: how to counter a Spirit Breaker with dust?