How to placate a very angry priest?

So whilst going to rescue the Moth Priest 'Dexion Evicus', I think I accidentally might have hit him, not sure how. Anyhow the bearded maniac has taken this as a personal attack and refuses to accept a yield. Because he's so angry with me he'll just not quit, but being a quest NPC he can't die, nor can my companion Mjoll. So aside from the hilarious infinity battle, I thought, fair enough I'll talk to him whilst he's 'downed' and lo, I progressed the quest.

So I go back to the Dawnguard fortress, and he's there in the middle shouting murder and attacking everyone in the fortress! Clearly his rage knows no bounds. 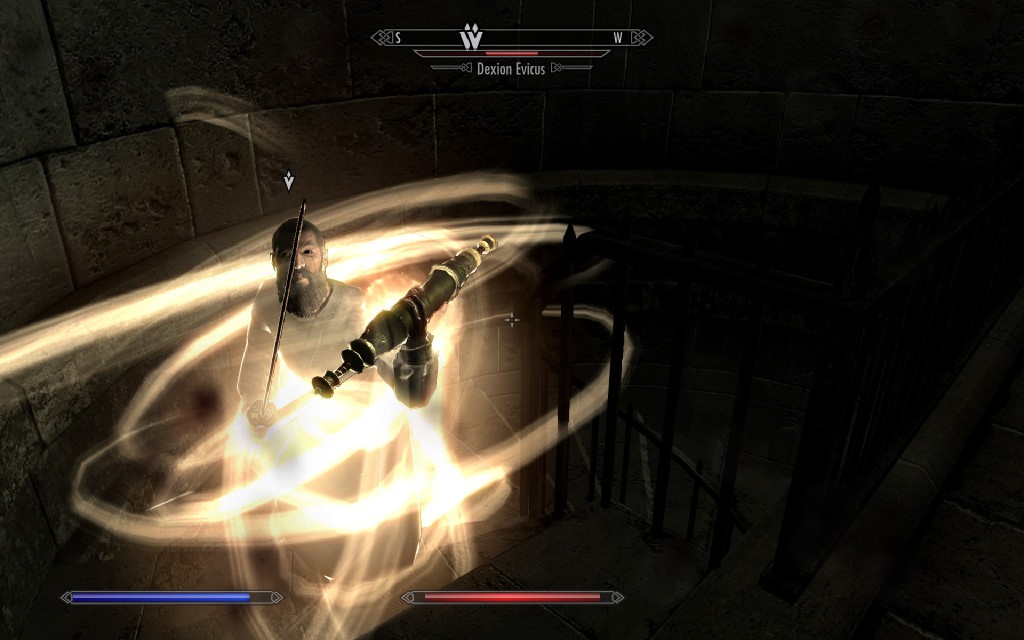 Is there a way to forcibly pacify him without interring him? Or do I need to roll back and do over?

Opening the console, clicking on him, so you see his ingame object id, then typing disable then enable seems to have solved it.

Using setav aggression 0 didn't seem to have an affect.

Although there is already an accepted answer, it relies on console commands, which are not available to console players (ironically).

You can try using a Calm spell, which "reduces the target's inclination to attack for 30 seconds." However, the spell is level-dependent so you may not be able to use it on this particular NPC. You will of course also need access to the spell, through skill training or a scroll or staff.

Not the answer you're looking for? Browse other questions tagged the-elder-scrolls-v-skyrim skyrim-dawnguard or ask your own question.

1
How do I pacify the Moth Priest in Dawnguard?
1
Why is Dexion Evicus attacking me?