I've been having some Graphics glitches with the assassins creed series (specifically 2/BH/Rev) and until today I assumed it was an issue with the game itself.

There are times where the textures/polygons seem to stretch out forever.
Similar to: 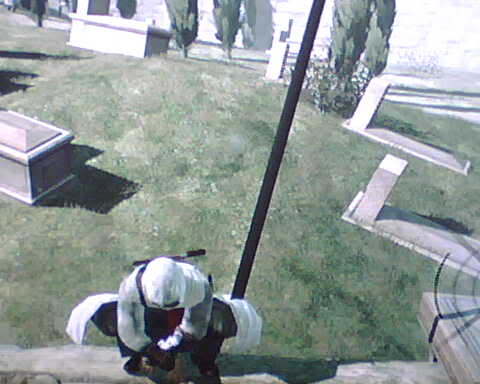 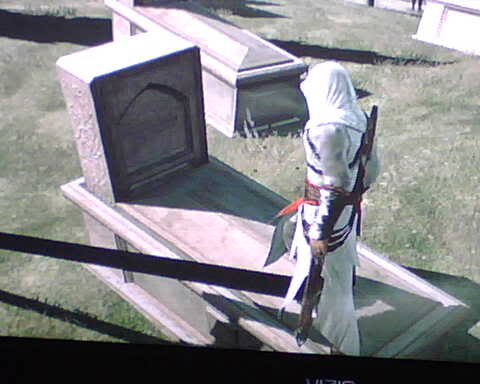 Some Reading would suggest its a heating/dust problem and could lead to the YLOD. So at this point I'm in fear for my PS3.

UPDATE :- Still happening after cleaning out as much dust as I could. I took a picture of it happening myself after only half hour: 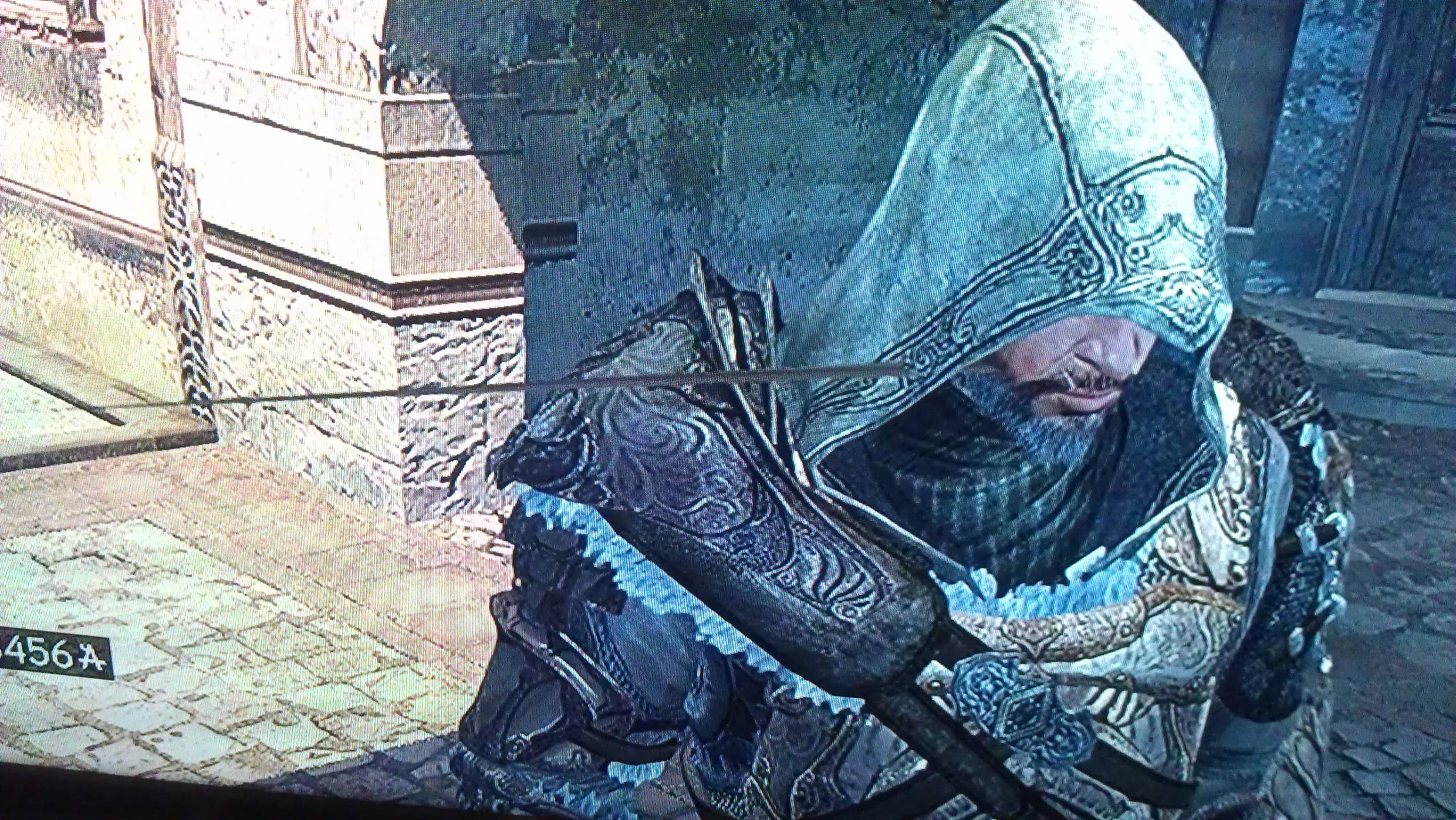 Only seems to happen with these games. So far.

UPDATE 2:- Tried my games on a different playstation and everything worked fine. I haven't found any way to fix it.

Make sure you have the latest system update and AC version.

Cleaning it is definitely a good idea and it isn't too complicated. The dust build-up will restrict airflow effectively reducing the amount of heat dissipation that is possible which can result in heat damage.

Unfortunately if heat damage has already limited the hardware in some way any efforts are going to be in prolonging the life and will most likely not fix anything.

This could as already stated be a sign of a hardware issue in the PS3 itself, However don't overlook the possibility of it being a television problem. Try hooking up to another tv, and if that does not fix the problem there may even be something up with the AV or HDMI cable you are using. if swapping out these things does not help and you are still under a warranty I would recommend downloading all your save files to flash drives and return the ps3 for a new one.

Not the answer you're looking for? Browse other questions tagged ps3 hardware .

6
Graphics compatibility of PS3 with PC
3
PS3 graphics problem: Strange lines around contours/shading
2
Can I use the hard disk and the mount from a Slim PS3 in a Super Slim PS3?
4
God of WAR 2 on PS3 Rendering glitch
9
Does my PS3 not enjoy the summer?
0
Persona 3 lighting glitch on PS3?
0
GTA V graphics bugs on PS3
1
PS3 power problem
6
PS3 wont turn on