Where are the spiders for World Wide Web?

For the achievement World Wide Web I need to kill 50 Spider Guardians.

Where is a good spot to find several of those in one place (that count for the achievement, of course)? I'm having trouble finding any except for the mission boss Theroxis, who's all alone and not in a hurry to respawn either.

Guardian is the mob type (large mob), Spider is what it actually is.

One possibility for farming is Theroxis (the spider boss in the cave just west of the big pyramid). Theroxis is on a 5 min repop timer so this would take about 5 hours if you stuck with just farming this enemy for the achievement.

There is the spider boss inside the Anhk instance, which is also a guardian spider.

In the Egyptian zone City of the Sun God while on the quest "They Were Beautiful Once" on tier 4 you're asked to kill the spider "Heropsis" who also counts as a guardian spider; 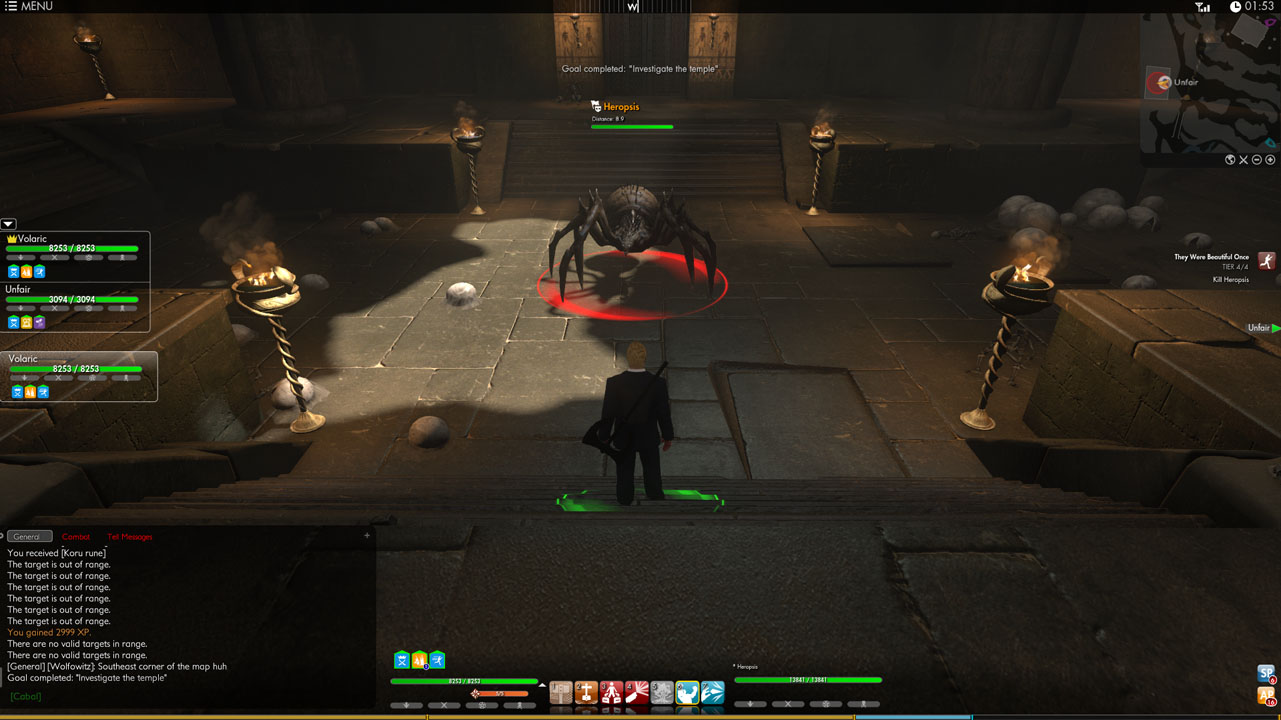 Heropsis is the easiest Guardian its spawns little adds now but respawns like a normal mob so you just leave the room take a drink and go back in maybe 30 sec after completeing the battle.

I don't know if it is a recent bug, but you can stand in the room and 2 Heropsis will spawn, allowing for faster grinding of the achievement.

This answer is for SWL, not tested in TSW: There are a whole lot of "Web cocoon"s in "The Tainted Burrow" area. These cocoons have a (rough estimate) 15-25% chance of spawning 4 "Arachnis" spiderlings which count for the achievement. The rest of the time they usually spawn a single "Idolater" cultist or nothing. The cocoons also have a really high respawn rate and there's a ton of them there. Farming them is far faster than farming the big, rarer spiders.

Not the answer you're looking for? Browse other questions tagged the-secret-world or ask your own question.