Ethiopian loyalists won't give me my land

While recently playing a game of Civilization 5 (with Gods & Kings) I seem to have run across a bug with the cultural borders. In the image below the city of Budapest is surrounded by the borders of the Ethiopian empire, which no longer exists. Originally Budapest was a city-state that was conquered by Rome. The Ethiopians and I went to war with Rome shortly after, and while I took out the Roman cities Ethiopia went and took Budapest.

Eventually I conquered the Ethiopians, but for some reason the Ethiopian border continues to persist around Budapest. Any idea how I can fix this? The Great Artists won't let me culture bomb the squares, so that is out. 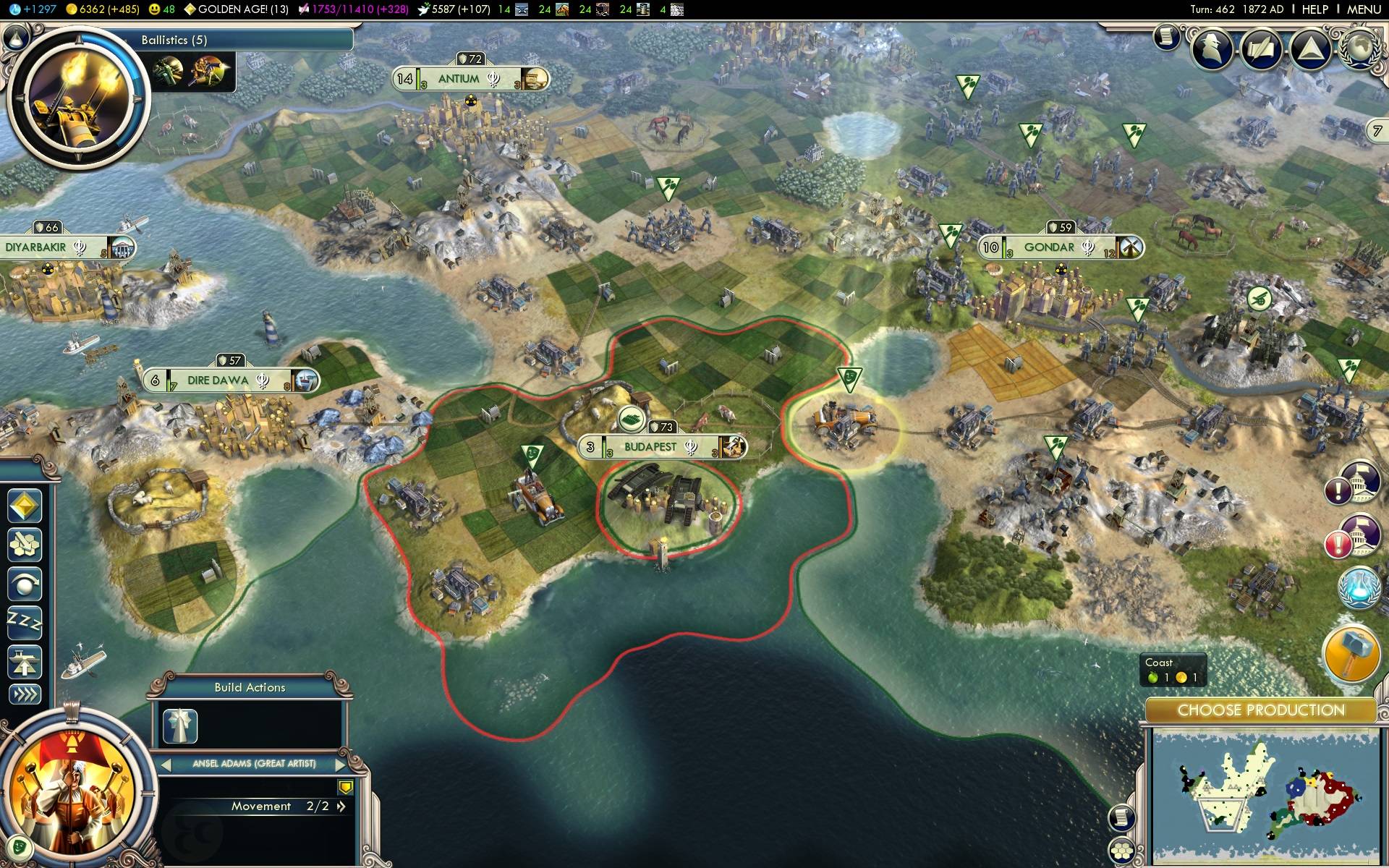 You need to close and reopen the save. Its a glitch; I had the same problem. It's from not being downloaded properly.

Not the answer you're looking for? Browse other questions tagged civilization-5-gods-and-kings or ask your own question.

3
How much bonus ranged damage do Walls of Babylon give?
17
Is it possible to give or receive false intrigues from the AI?