How can I hide my Helm or Shoulder armor in Guild Wars 2?

I've been running around Tyria willy-nilly for nearly a week now, and something's been bothering me.

You see, I'm playing a Necromancer, and Necromancer Masks really, really look sort of silly on Charr. I checked under gameplay options (like in World of Warcraft and The Old Republic), but there doesn't seem to be an option to hide my hat.

Is my hulking, prideful Necrocharr doomed to wander Ascalon done up in clown makeup?

No! In fact, you can hide those big hulking pauldrons too, if you're so inclined.

The secret is that this option is on the character sheet itself. It was previously a right-click option, but a bit before Launch, Arena Net added a checkbox to the character display itself. 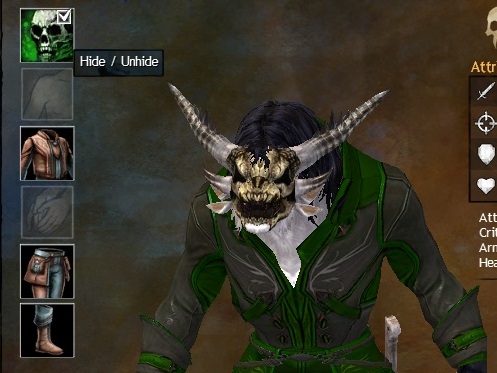 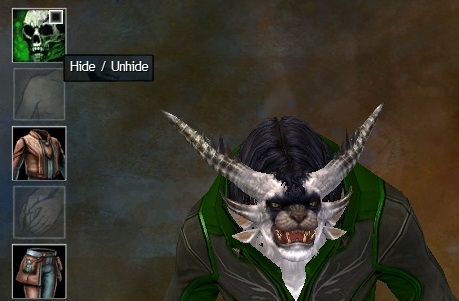 One thing to note is that, even if you turn off the armor, it will still show up on the character select screen. This was true when Guild Wars 1 launched, and was eventually adjusted, so it's likely Arena Net will do the same for Guild Wars 2 eventually.

As of the Oct 7th, 2012 patch, the character select screen respects your visibility settings.