Enemy units spawn nearby on Immortal?

I'm playing a 1v1 Civ5 game against an Immortal AI on a continents map I edited in the world builder. (I'm on one continent; the AI is on another.) It is around turn 650. Maybe I'm crazy, but it feels like enemy units are spawning near me out of thin air. I hit "next turn", and when it's my turn again, I watch a ton of enemies fade in just outside my borders, even though there's no way they could have gotten there. What is this? Is this intended behavior? Is there some Wonder or tech that lets you teleport units? It feels totally unfair. 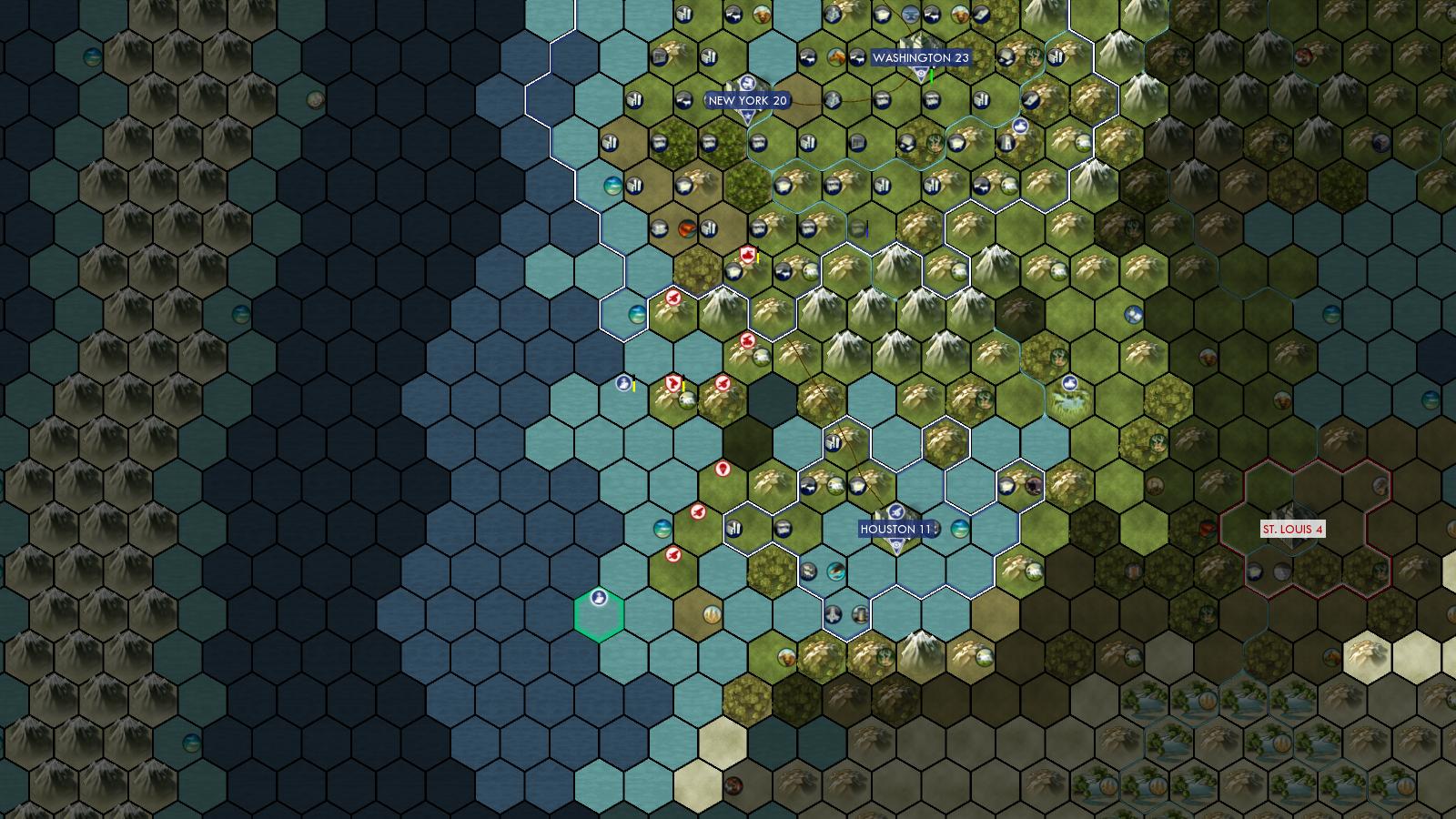 This screenshot shows one such location where enemies keep appearing. Above, you can see a bunch of land units. The prior turn, there was only a single infantry there. As I hit "next turn", I watched the rest of those units fade in (as opposed to walking in from fog of war). 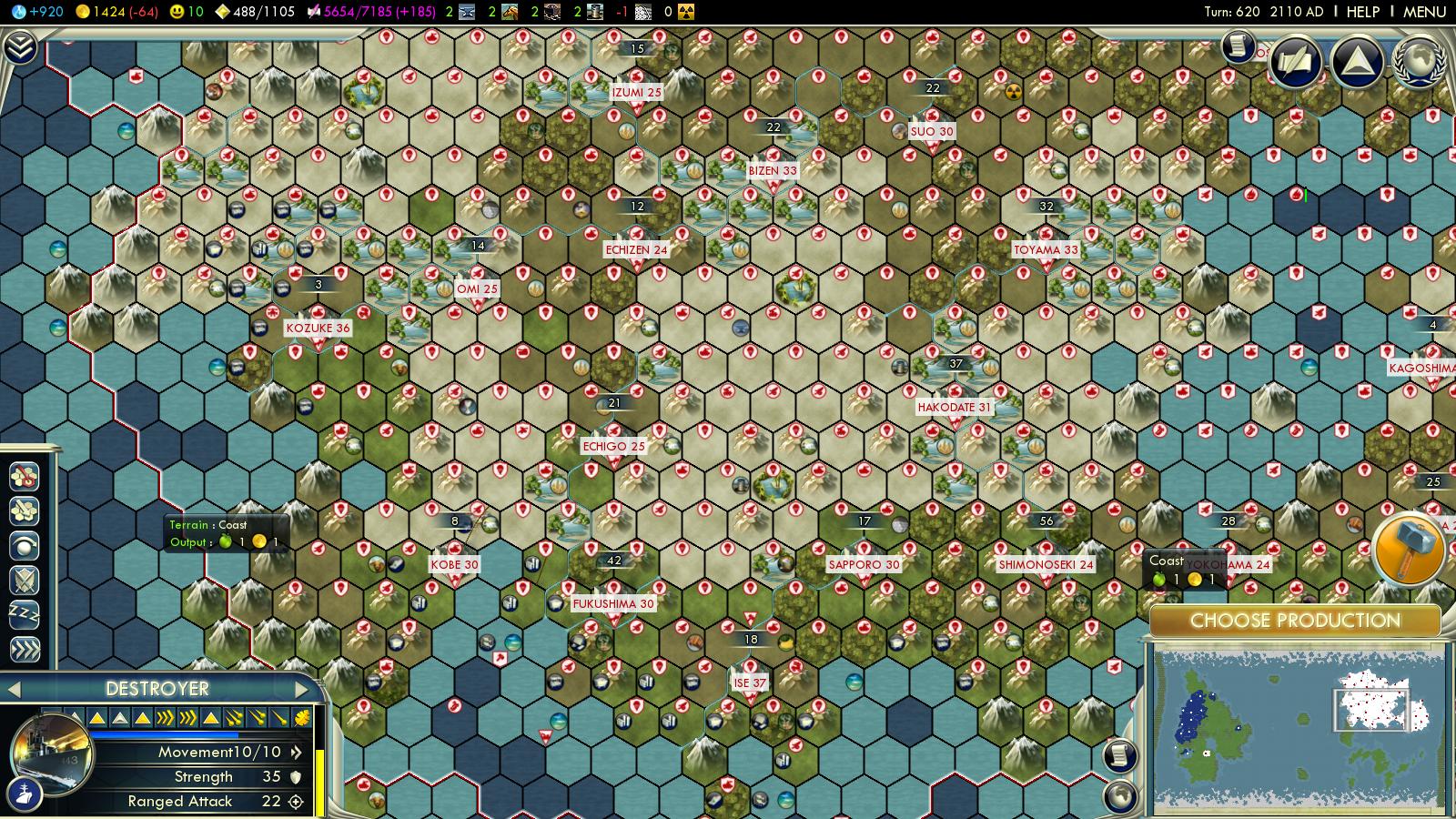 Here we see that the enemy continent is completely filled with units, giving nowhere for new units to spawn.

I cannot be sure without seeing the entire map, but from your screenshot, I have a feeling these are brand-new units built by the AI which were expelled to your territory because they have no other room to be placed on. Notice how they appear only on the west side, not in the middle of your territory.

The principle is simple: if the AI is supposed to get a new unit, but that unit has no room to spawn in, OR if the tile the unit is on suddenly became inaccessible to the unit (e.g. it was conquered by you and you have no open borders agreement and are not in war), then it is instead transferred to the closest available land tile. Looking at the west side of your map it's all mountains and ocean, non-accessible for non-helicopter ground units.

Here's an example of this happening to one of my units: 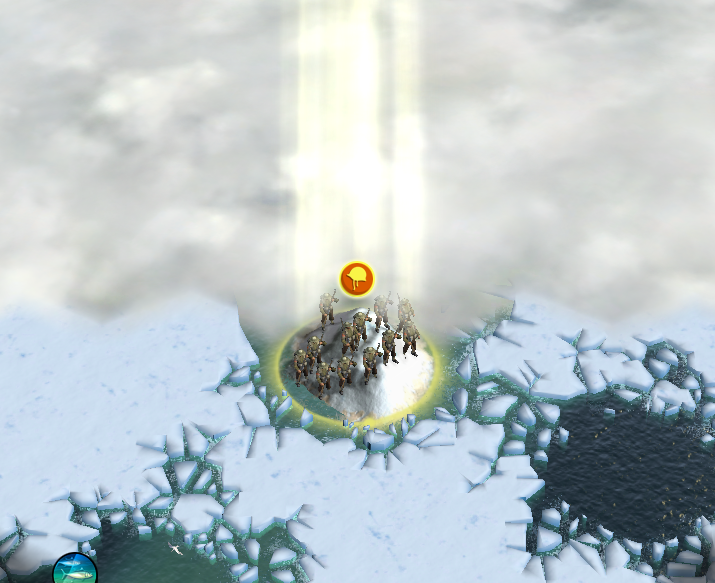 There's absolutely no way for infantry to get to that tile, but this unit did because it needed to spawn or move, and this was the closest available tile for it to move it.

In addition, keep in mind that in high difficulties the AI gets significant discount on both unit build cost and unit maintenance, which allows the AI to field a huge military that can indeed fill up its continent - here's a sample from a game I had in an easier difficulty than yours: 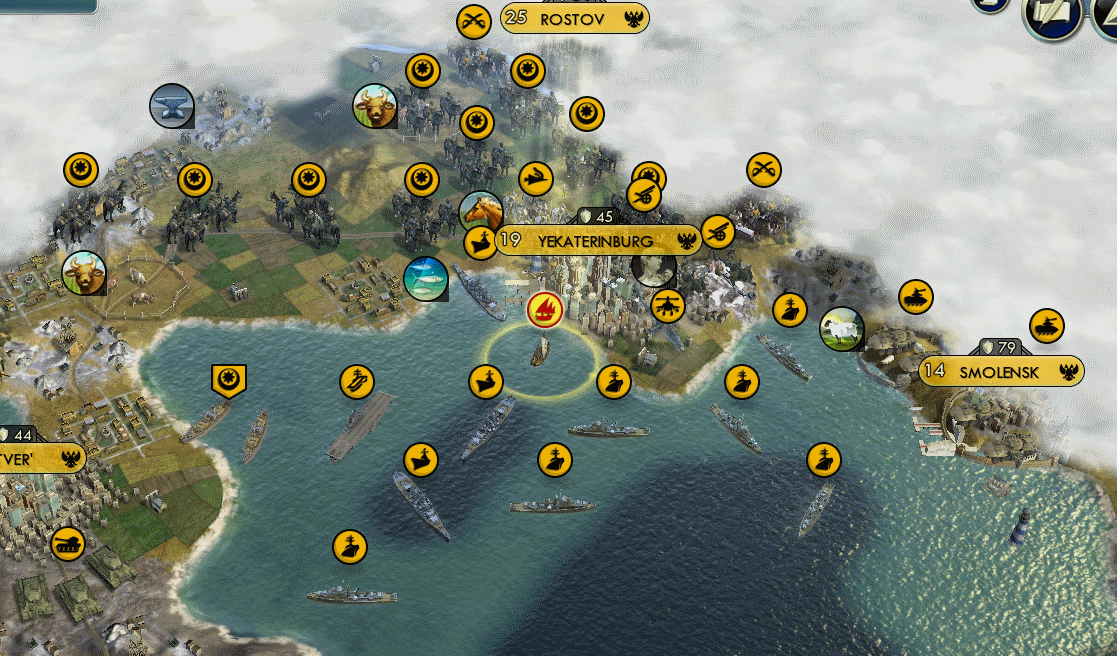 So I have a feeling this is what happened here. As far as I know, other than paratroopers, this is the only way a unit can magically teleport into your continent in the way you have described.

I can't think of any simple way to solve it other than killing some of the units parked in the enemy's continent.

The only cases I know of where existing units can "teleport" somewhere else is if they are paratroopers, if they are rebasing units (aircraft / missiles) or if they were expelled from another territory (where they reappear on the closest tile to where they were expelled from). As far as I know, the AI cannot teleport units and cannot magically spawn units next to your borders, even on higher difficulties.

However, since you're controlling a whole continent and the AI is on another, I'm guessing your borders are in fact in the ocean. Some naval units move a lot and their movement rate can be enhanced by leader traits, social policies and wonders, so naval units can reach 10+ movement points. So if you see some naval unit appear from somewhere, it may just be that it moved a lot. Embarked units can also reach 5-6 movement points.

Another option is if the suddenly-appearing unit is a submarine, so you could not have detected it before.

9
What is the range for the intercept fighter mission?
8
What is the best way to detect covered/hidden units in an enemy city?
2
Trouble with Barbarians and Happiness on Immortal
7
Is the AI smarter on Immortal or Deity, or do they just get bonuses?
14
How to stop the deity AI from expanding towards you in Civ5?
1
Garrisoned units disappear
6
Can I own land without having a city nearby?
4
How to keep up on Science on Immortal?
4
Does Accuracy work against naval units?
5
Do any units not cost maintenance?