Can I make the Village bigger?

Villages. Can someone legitimatly expand a village by building more houses for villagers (Testificates) to breed and fill? Would these houses have any conditions to be met beyond a roof and a door?

A building is a village house if it has a wooden door, an "inside" and an "outside". The "inside" needs a light level of less than 15 and should not have a direct view of the sky, while the outside needs a light level of 15 and a direct view of the sky. The "inside" is the side which has more "roof" blocks than the other side of the door, with the "roof" blocks being within a five block range from the door. A house does not have any requirements other than those three. An example of the smallest house is something like this: 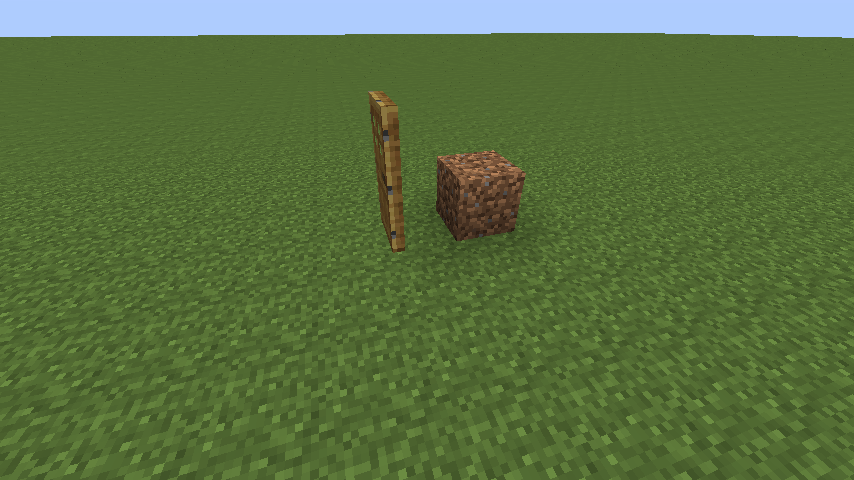 "The dirt blocks the light from reaching the space below it, and so counts as a roof block. There is one "inside" space, covered by a roof block, on the right side of the image and zero on the left. Since one is more than zero, there are more covered spaces on one side of the door than there are on the other, and so the game counts this as a house."

Villagers will try to breed to keep the population above 35% of the total amount of houses. A villager must become "willing" in order to breed. If you want to make villagers willing, you can add a farm, or give the villager either 3 bread items, 12 carrots, 12 potatoes or 12 beetroots. Villagers with too much food will throw their food to other villagers, in order to make them willing too. You can also make them willing by trading with them. When trading a new item with them for the first time, they will become willing. They also have a 1/5 chance to become willing once you trade with them. If they become willing after you trade with them, green "sparkly" particles will appear above them. These particles are called happyVillager.

Warning in Regard to Expansion

Yes, this is entirely possible. I keep meaning to do it myself, but haven't gotten around to it. Villagers will breed until there are .35*[number of doors] villagers. To be defined as a house, the building must have at least one block with no opaque blocks blocking its view of the sky.

In Minecraft 1.8, the Willingness mechanic was introduced in order to make it more difficult to rapidly breed villagers. A villager will always become willing to breed the first time a new offer is traded, and has a 20% chance of becoming willing from each subsequent trade of that offer.

As of 1.8, villager mechanics are changed, to where you can still build houses the same way as before (a door and a block at least 5 blocks behind it, you can put extra doors in between) but the villagers will not breed until the are "willing." You must trade with a villager until green particles appear, and then do it again for a nearby villager.

So, the answer to your question is yes. It just takes a lot of resources and time.

Villagers will only breed when they are "willing". This can be achieved through trading and by ensuring they have lots of food (either 3 bread, 12 carrots, 12 potatoes, or 12 beetroots in one stack in their inventory). After mating, they will no longer be willing, and must be made willing again. All this is trumped by the door rule - villagers will mate until the number of adult villagers equals or is more than 35% of the number of doors in the village. "Villager generators" still work in 1.10.2 though, what I normally do is surround a farm (garden,field) with doors and then place a block above each door on the "inside" of the farm. I have a village with 12 naturally occurring doors as well as three of my generators and my village population currently includes 12 adults, four children and an iron golem.

The amount of villagers depends on the amount of doors. You must place the door with an "inside" and "outside". You will need to place a block next to door to count as a roof. Then you will be able to breed villagers.

Villagers will breed until the number of adult villagers equals or is more than 35% of the number of doors in the village, oddly enough.

Just exit Minecraft and enter it again, and their jobs will update, giving them a different robe.There! Now you have a nice growing village. You must have an Iron Golem or fences protecting them from zombies.

38
What makes a villager spawn?
15
My village appears to be a ghost town. How do I get my people back?
7
How to make villagers spread around
10
How large can a NPC village be?
3
Villagers won't breed - plenty of food, fully traded
1
Will Villagers use non-house doors?
0
Minecraft village not producing golems
2
Is it possible to destroy a village?