What are unusual items?

I just saw that some players have in their backpack so called Unusual Items. 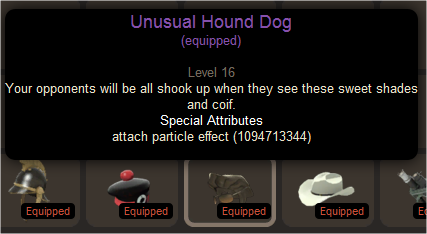 The description says that the item has special attached particle effect? What does it mean and how can I create an item like that? Are there other effects available or only particle?

As nimcap answered, unusual hats are just hats with special particle effects. They have no stat benefits, only visual effects.

The only way to obtain them is to trade for them or to find one in a Mann Co Supply Crate. Crates have a low chance to contain an unusual hat.

According to data gathered by users on the forums, it seems that series 1 crates have about 2.45% chance of containing an unusual item, and series 2 crates have about a 1.5% chance. You can tell which series of crate you have by reading the tooltip.

To open the crate you need to buy a Mann Co. Supply Crate Key, which costs $2.49 in the store. If you'd rather not spend money you can trade the crate to someone. Items that come out of crates are craftable and tradeable.

You can find more details about the drop rate on the TF2 wiki page about crates. Keep in mind that this data is gathered by players and might not be totally accurate, but it's probably in the ballpark.

Unusual hats were added to the game during the Mann-conomy update on September 30th.

These are hats have particle effects attached to them, such as ghosts or a sunbeam. The names for these items are shown in purple. They are not available through the random drop system, but instead as a rare drop from a Mann Co. Supply Crate, which require you to buy keys from the Mann Co. Store (for $2.49 each) to open. Consult the list below to know which effects are dropped from which crates.

Of course, like all hats, they can be traded. Expect to trade a lot of keys/earbuds for one, though, as they are exceedingly rare.

If you are trading to try and get Unusual hats, note that items can now be renamed... check the name color (should be purple for Unusual items) to make sure it really is an Unusual hat.

Also, there have been scammers out there lately who will put in an item and then change it while you are putting your items into the trade window. Always double-check what items are in the other person's side of the trade window before accepting.

They are for purely cosmetic purposes at the moment.

When you equip an item with particle effect, strange things happen, depending on the effect of the item. This one has little flies following you around. 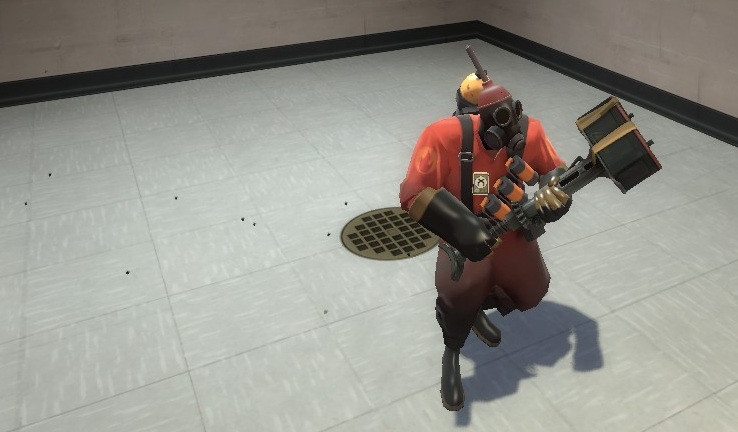 Others make your hat catch on fire, emit rays of sunlight, have a peace sign circling it, etc. A list of unusual hat effects can be found here.

22
What are the vintage items?

5
How can I craft Misc slot items?
4
Is the contents of a Mann Co. Supply Crate set before it is opened?
8
TF2 account not premium anymore and most items not tradable
4
How can I preview a Halloween paint on an item?
6
Best Way to Get a backpack Expander in TF2
5
What do these strange parts mean?
8
What is the point of prospective buyers asking me to trade my Unusual to a friend first?
4
How do I fire a Giftapult?
2
How do I “activate” a Gun Mettle contract?
2
How many wedding rings did players purchase?