What are the limitations of the demo?

I have noticed that there is now a Torchlight 2 demo available for download on Steam, which I am currently in the process of downloading. However, I've had a quick look around and can't seem to find what the limitations of the demo are in comparison to the full game.

Is there anything else I should know about the demo?

I think all the character customization options are available -- at least that's how it appeared to me as I booted up the demo for the first time last night. There's also a randomization feature if you just want to click that until you get something you like.

I also like the fact that each class can be male or female and that when sending your pet to town you can also include a limited shopping list that he'll fill (potions and identify and town portal scrolls).

I believe the demo is so large because it includes the entire game but, of course, it's locked beyond the demo part until you pay for it.

Oh, one other addition/change from the first game -- you may now "fish" with dynamite. Not very sporting, but faster -- though I think the instructions for using dynamite to fish say you won't be able to catch as many fish from a given fishing hole as you can with a fishing pole.

Multiplayer mode is disabled in the demo from Steam, both LAN and online.

All of the character classes appear to be available, although I am unsure if all of the customisation options (hair style, face style, hair colour) are available in the demo.

Gameplay seems to be unhindered until the 'Trail of the Grand Regent' quest; 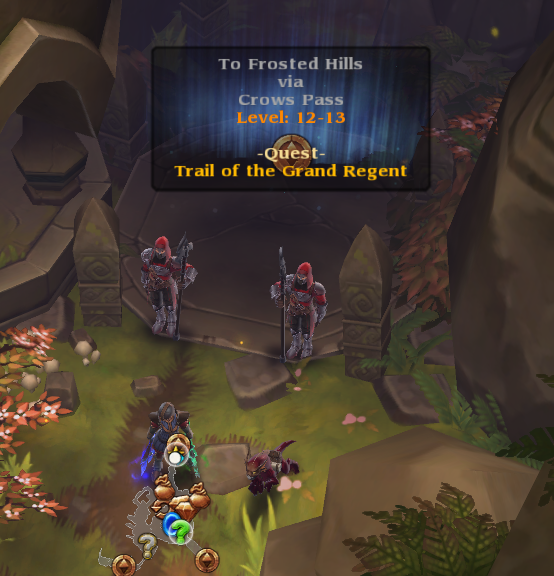 Trying to proceed forward to Crows Pass presents you with a 'thank you for playing' screen; 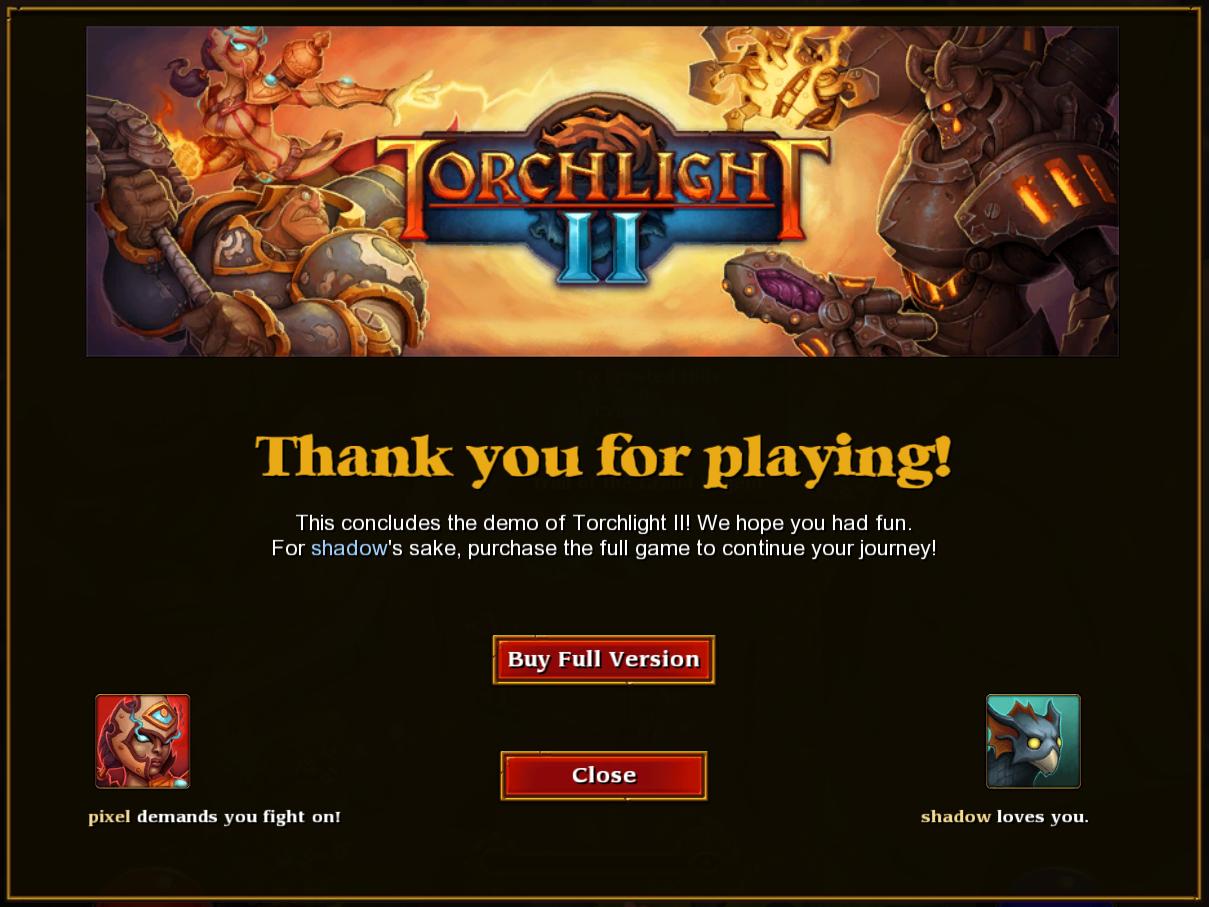 14
What are the differences in the difficulties in Torchlight 2?
5
How does the loot drop in multiplayer, per person or free for all?
4
What kind of fish are available and what is their effect?
8
What are the Transmuting formulas in Torchlight 2?
4
What are secondary targets and which skill involves?
1
Where are the cursed tombs?
3
What are the pros and cons of the single entity summon spells?
5
Redwolf passive skill: What are the chances for this passive to execute by skill level?
1
What are ALL the 119 badges that one can achieve (via Steam)