What is this floating obelisk thing?

What is this thing? Is it dangerous? Is it useful? 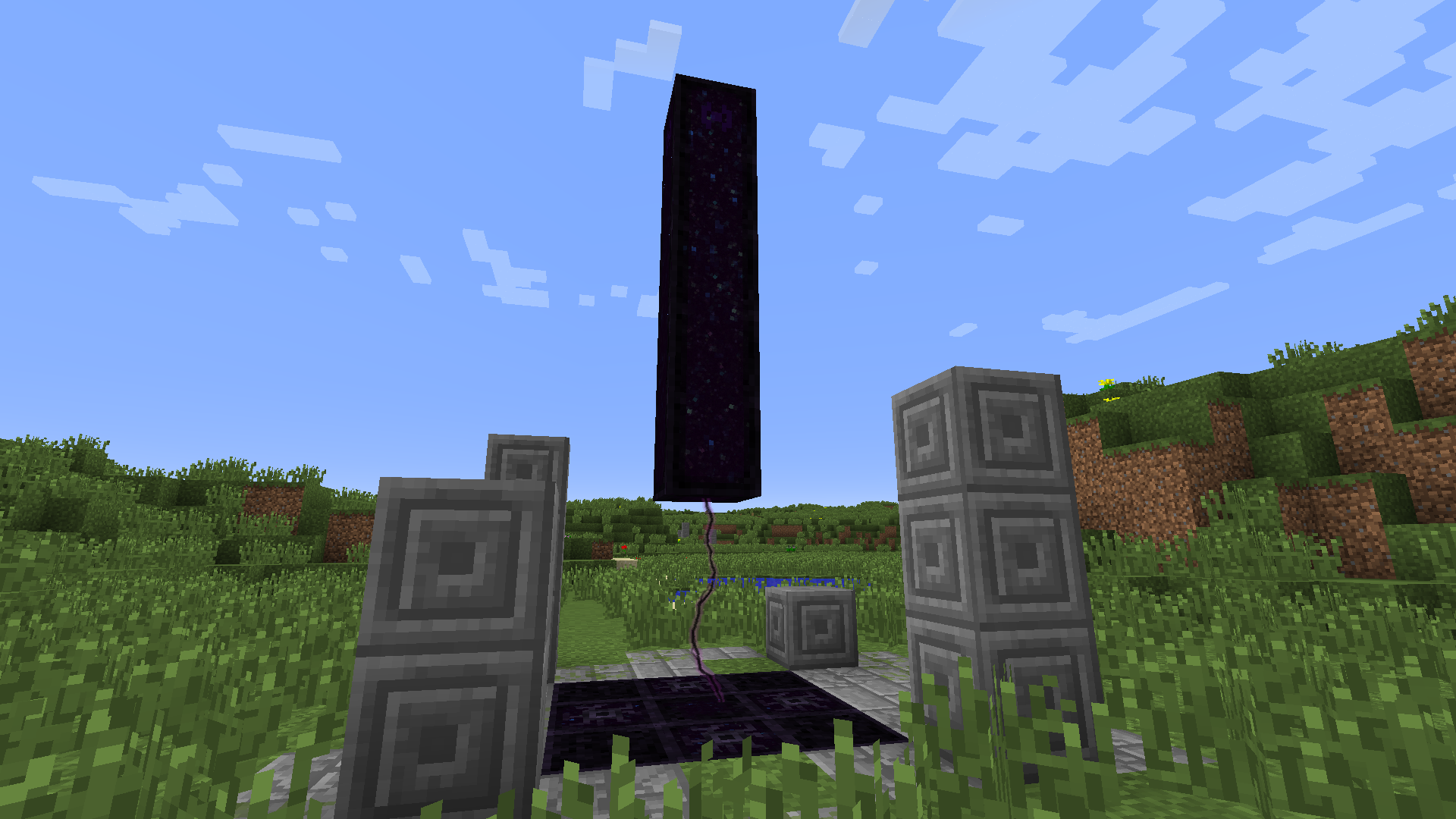 I've scoured the Technic Pack Wiki and I'm stumped. I don't even know which of the pack's mods this thing comes from. The page on obelisks I did find appears to be an entirely different structure. This thing I'm looking at is not a Mystcraft obelisk – they aren't connected to the ground, and in any case I've found them in my overworld too. They're definitely from some other mod in the pack.

I haven't had the courage to mess with them yet (apart from walking around under it and learning that I don't immediately explode or turn into a zombie), but I've just found a Mystcraft world where there are a half-dozen right around the spawn – if I can exploit them somehow I've hit the motherlode.

Below the obelisk is a shaft made out of unbreakable Eldritch Stones which reaches to the very bottom of the map. Those eldritch stones themselves are seemingly indestructible and resist even the most sturdy of diamond pickaxes

TL;DR: They are markers for secret chambers full of treasure far below them.

Not the answer you're looking for? Browse other questions tagged minecraft-java-edition minecraft-technic-pack or ask your own question.

60
Is there a way to keep Zombie Pigmen off of minecart tracks in the Nether?
4
How do I disable specific mods?
20
What's the most efficient way to get (rid of) experience?
11
How to make floating ladders
3
Broken monster spawners
4
Does the inhibitor obelisk from EnderIO use energy?