The FAQ page at League of Legends.com is broken and clicking the FAQ links does nothing.

League recently brought honor into play. You can be awarded honor for several different reasons after playing a game. What is the significance of my honor total?

As of patch 7.13, the Honor system has been updated! It now has a significantly different purpose, as well as some worthwhile rewards.

There are 6 levels of Honor (levels 0 to 5). Everyone automatically starts at Honor level 2. Whenever you gain Honor points (detailed below), you will make progress towards the next level of Honor. At level 2, you'll receive a few key fragments every couple days. Once you level up, key fragments become more frequent. In addition, you can start earning "capsules", which contain not only key fragments but also champion and skin shards. You even have a chance at getting the now Honor-exclusive Medieval Twitch and Grey Warwick skins from these capsules. Additionally, there will be end of season rewards for people who reached the highest level of Honor.

If you are ever punished (chat restriction, ban, etc.), your Honor level will go down to level 0. Once you're at Honor level 0, you will receive no rewards at all (no key fragments). If you play nice and earn your Honor back, at level 1 you'll start earning a handful of rewards (some key fragments, but still significantly less than Honor 2). If you end the season at level 0 or 1, you will be disqualified from getting any ranked rewards such as loading screen borders or Victorious skins.

So how do you earn Honor points? Anytime you play a matchmade game (which is pretty much every game mode except custom games), you will be shown an honor screen immediately after the conclusion of the game. On this screen, you can choose one person on your team to commend in one of three categories: "Tilt-proof" (stayed calm and friendly even in tense moments), "Great Shotcalling" (did a good job helping the team maintain focus on objectives), and "GG <3" (an all-around fun player to play with). Whenever you earn a commendation from another teammate, you gain a small amount of Honor points. But don't worry if you don't get many commendations - you will still earn small amounts of passive Honor exp for every game you play, regardless of commendations. Additionally, if everyone on the team offered commendations, everyone on your team will also get an additional boost of points.

You can read more details about the new Honor system on the wiki.

According to this site and the Honor FAQ which I got most of my information from.

There are four types of honor:

You currently get some profile indicators, as well as other bonuses.

First bonus for getting that you are a great teammate is this during champion select:

Same thing but for being an honorable opponent 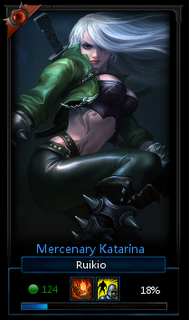 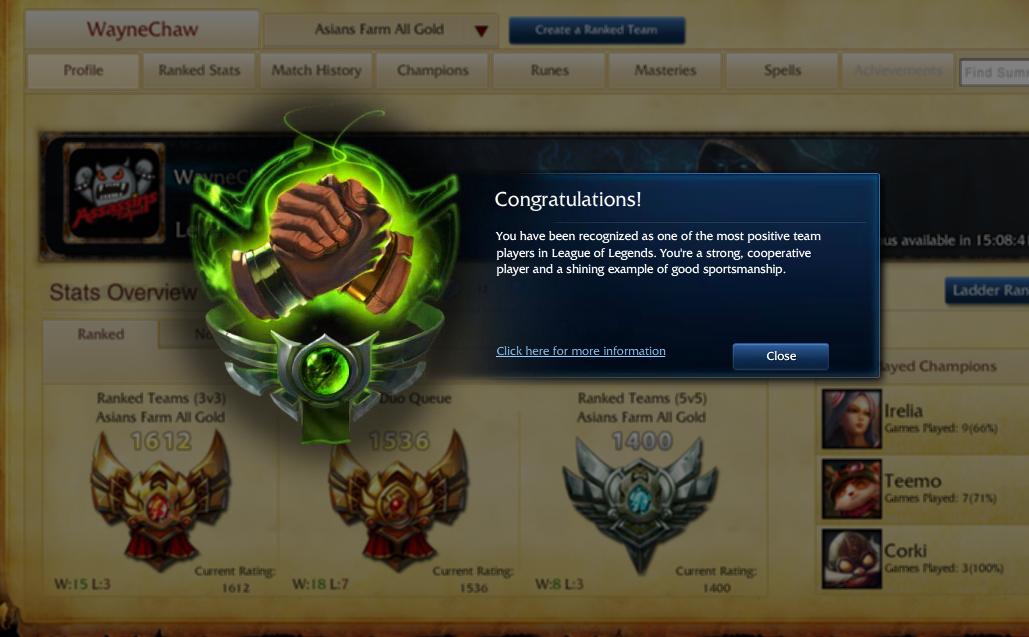 Right now the exact amount of times you need to be honored is unknown. This is more then likely due to the honor votes being weighted in the background. Someone who honors just their friends votes count less then random people you play in matchmaking.

Right now the only way to loose honor is if you are reported to the Tribunal and found guilty of of a infraction. This resets all your honor to zero.

Right now, all it does is display on your profile indicators about how your fellow players and your opponents see you. Do they find you friendly? Helpful? A good teammate? Until Riot Games is sure that the honor system is working as intended, they won't make it good for anything, but when their FAQ is up it says that they are considering options for giving players bonuses for high honor in the future.

5
How do I get the honor banners?
15
How much honor must I have to earn badges?

8
How are recommended champions determined?
8
How does ELO Decay work in League of Legends?
0
How can I improve my early game as Darius?
5
Is honoring people in a premade group pointless?
10
How long is a unit of distance?
2
Attack Range for adc champions?
0
How can I increase my frame rate?
0
Does the league name change/mean anything?
3
Champions available in League of Legends
2
Honor is not going up