Do the effects of relics like the Vault Hunter's Relic stack in co-op? 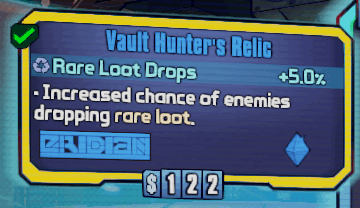 Do the effects of relics like the Vault Hunter's Relic, stack in co-op?

Also, do the other similar relics behave in the same way? e.g. What about Moxxi's Endowment (Increase XP gained by killing enemies)?

Yes, the effect stacks, but unfortunately the Vault Hunter's Relic is a bit vague about what it does. It doesn't actually increase the spawns of things like E-tech, purple or orange items. Rather, it decreases the drop rate of white weaponry while slightly increasing the drop rate of green and blue weaponry: 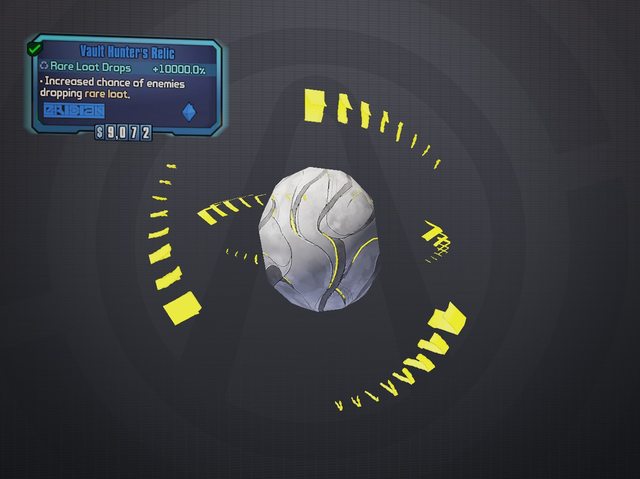 Thus, even with all four players using it, you wouldn't be guaranteed to find any more very rare weaponry than you would normally.

Moxxi's Endowment on the other hand only increases the XP you get on enemy deaths, not the XP everyone gets. If all four people had it equipped, they'd each get their own XP increase (say, +5%) as opposed to a stacked increase (in this case, +20% XP per player).

In short, the Vault Hunter's Relic stacks but is sadly kind of useless and you'd be better off equipping something else. Moxxi's Endowment won't stack but it's still useful for grinding levels. In my opinion, equipping a health increase or an action skill cooldown relic would be better than both of them.

Also, you asked if other relics stacked. If you were asking about things like health or shield or resistance boosts, then no, none of those stack with other players. They affect only you.

the effect is that I find less bad weapons such as level 48-49 almost all of the drops that I find are level 50 and I find that I get a greater chance to drop legendaries i.e. kill hyperius and get 1 in 10 chance of getting a legendary weapon such as the hornet or the shreddifier

5
In co-op, does enemy item/loot drop depend on who gets the kill?
3
Does Moxii's Endowment effect exp from other players kills?