How can I tell the difference between NPCs and human players?

I sometimes have a hard time telling real players from NPCs (especially when the player isn't moving around). So far I've used two methods: 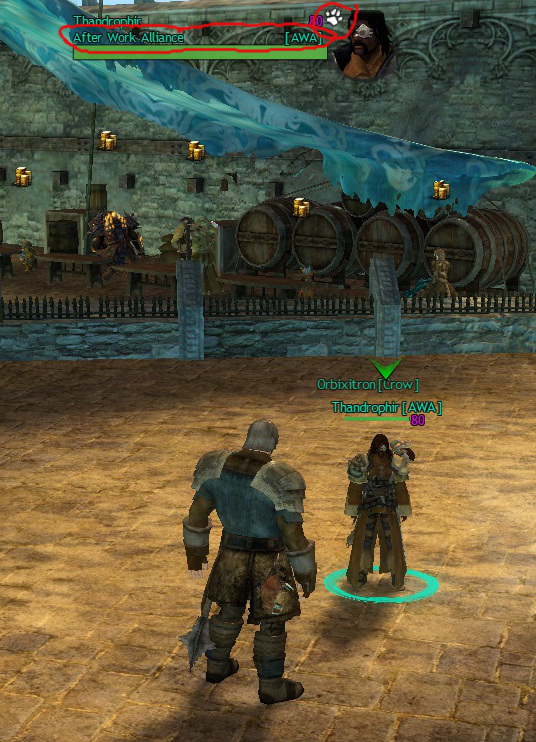 Method one doesn't always work, however, because not everyone is in a guild. I thought that method two was foolproof until I came across this character with a warrior icon who was walking along a patrol path much like an NPC guard would. 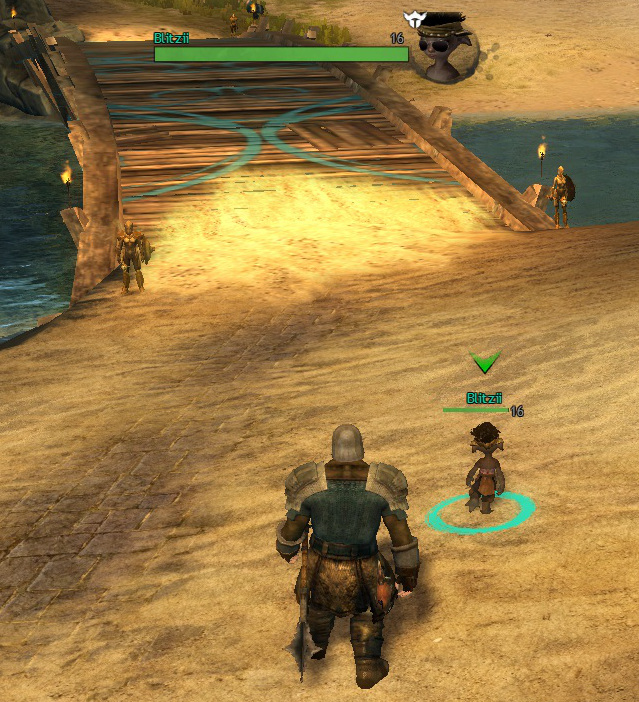 Is there a way to tell with certainty whether a character is a player or an NPC?

Walk by them, if the 'greet' options comes up they are NPC.

The green color used to display NPCs and PCs names is also different. (NPCs use a green, PCs use teal)

If you have selected a player, right-mouse clicking their portrait should give you options to contact/interact with them. 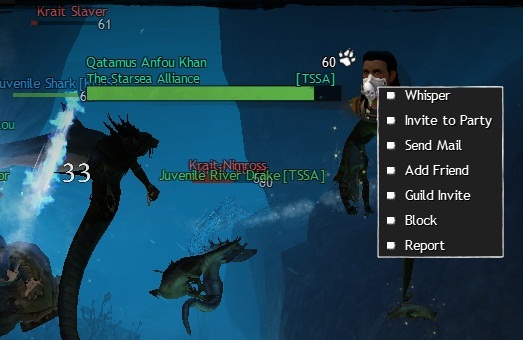 Similarly, a player's name in chat can also be right-clicked for options (left-click goes directly to sending a whisper). 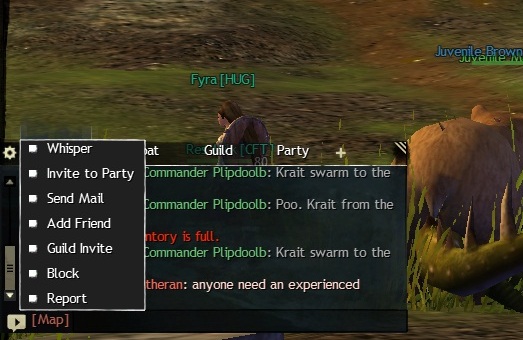 NPC names are in Green. Real player names are a more Blue Teal.

I've had a similar problem, what I did to deal with it is turn off the automatic display of names for Players in the options. This way only NPC names will display on a character by default and I have to hover over a player to see their name. You could also switch it around if you want, turn off NPC names and leave on Player names.

If you open the Options window, you'll see the options named: