How do I prevent rats from eating a corpse that I left unattended? Also, is this a bad thing?

I was on my way to a mission objective, when I was suddenly jumped by assassins. Luckily, a couple of friendly thugs helped me kill them.

After I killed them all, I dumped their bodies in the same, nearby location (near where the thugs are). I did one of my mission's objectives, and when I came back, the bodies (or body, rather, as only a single corpse was left) are now this: 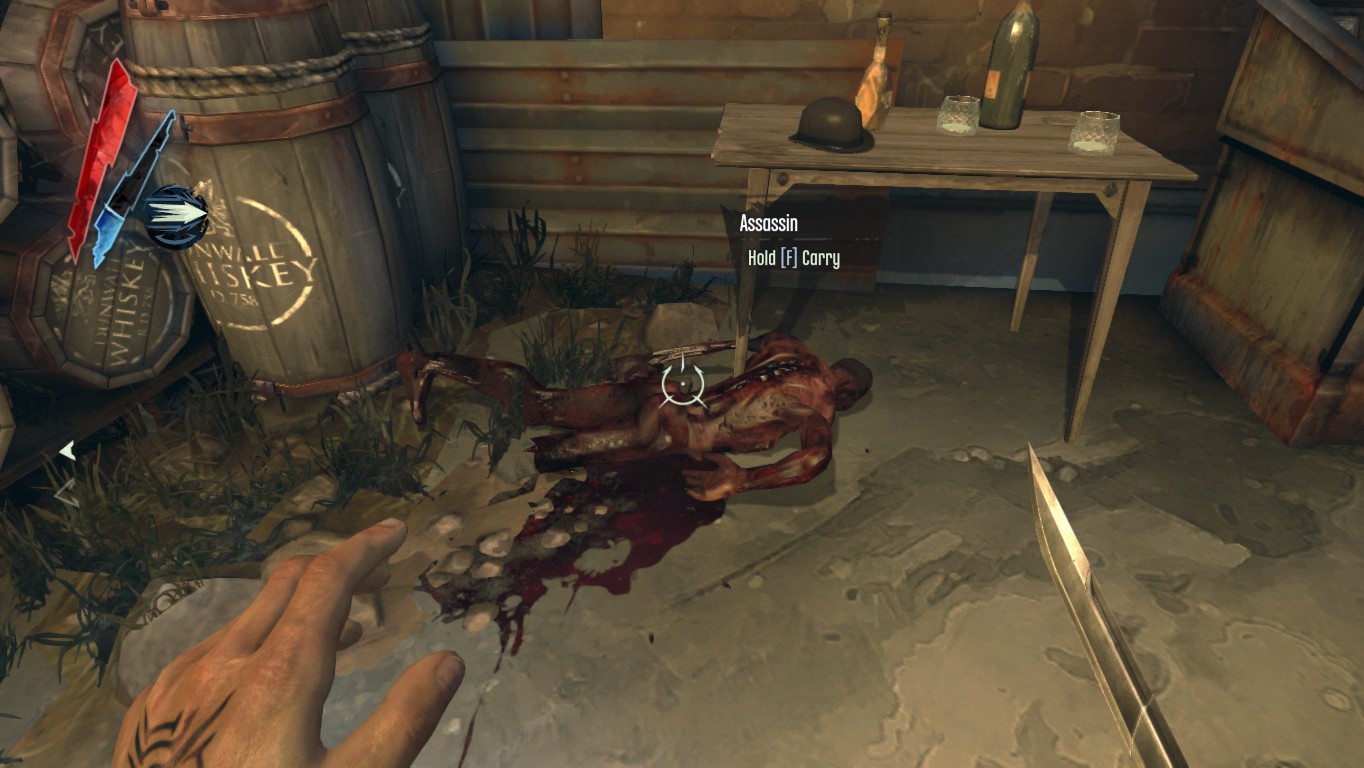 Is this a bad thing? Do rat-eaten corpses have an additional effect on Chaos levels or other effects on the game (compared to if the corpses didn't get eaten)?

How do I prevent rats from eating a corpse? (Where should I leave the corpses?) Also, are unconscious bodies also vulnerable to being eaten by rats?

Unconscious bodies are vulnerable to being eaten by rats. You can store them in garbage bins to make them completely safe. The same holds true of corpses. There is also an ability that turns corpses you kill (level 1: stealth kills only, level 2, both) to ash, making it a non issue.

A kill is a kill where Chaos levels are concerned. Tucking the bodies away/disposing of them helps prevent you being detected in mission, but if they are actual corpses they're going to contribute to potential chaos level increase regardless.

If there's no garbage bins around, try putting the bodies out of reach of rats that might spawn - small tables are probably best so that the rats would be unlikely to spawn on the small surface area of the table. If you're trying not to kill many people at all, rats will be quite rare anyway.

3
Is any elevated surface a valid place to store unconscious victims in order not to get eaten by rats?
30
What's the best strategy to keep the chaos low?
10
Do I need to stash unconscious Weeper bodies to save them from rats?
12
How many rats does it take to get to the center of a corpse-pop?

10
Do I need to stash unconscious Weeper bodies to save them from rats?
12
How many rats does it take to get to the center of a corpse-pop?
5
Are there any unique reasons for hostile deaths in mission 7?