Why does my friend show up as “in the Borderlands” while he's ingame?

A friend of mine asked for some help in Borderlands today and I waited for him to start his game, since he showed up as "In the Borderlands". I always thought this meant "in the main menu, not in game", since when you're playing it shows which mission you're on, how many players and your class + level. 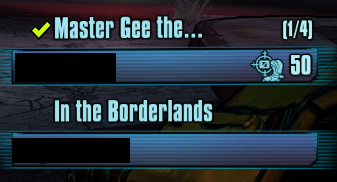 He's on Friends Only mode in Network Options so I should be able to see his game. Until recently I have seen his game before, so it's not all the time (or it's a recent change). Interestingly enough I still get an option to Join Game when I click his game, so the menu knows he's in game.

What's going on here? Why does an in game person show up as just "In the Borderlands"? Can it be fixed?

When a person is listed as "In the Borderlands", this means they are simply in the main game menu, but not actually "in-game". They could be switching out characters, changing game settings, or any number of things, but they're not actively playing, just in the main game menu.

Note that this does not preclude you from joining their game - you will get the chance to select your character and the like as usual, and will be pulled in to their game once they do jump in.