The problem is that I seem to be stuck in my SCII learning process. I've seen the latest Day9 'Newbie Tuesday' streams and he claims that making workers, not getting supply blocked and making units all the time will improve your game a lot; and it has, but somehow I keep losing a lot, even though I'm always making workers, units and doing my best at not getting supply blocked.

Anyway, my actual question is: What is the next step? That is, once I'm used to doing workers, unit and not getting supply blocked all the time, what other things should I concentrate on?

I am a Terran player, and I usually start with an MMM build, and I do variations depending on what I scout on my opponent. Is anyone in my same situation or has been in it?

Here's a replay of my last game. Please be really objective on your critique. If you see I do something really wrong just say it, I won't feel bad or anything. Thanks =).

Also, I know this question seems really specific to me, so if you're in the same situation and feel this might help you please comment on it so the question doesn't end up being closed or anything. Thanks!

So I'm not going to lie, you lost that game because you mis-clicked half your army into a dropship in the middle of the final battle and it got shot down almost immediately. I assume you weren't trying to give yourself a handicap there, so let's ignore that and focus on the rest of the game.

Let's focus on why your macro is so bad.

Macro as a gaming technique is an application of economic theory; at its simplest it’s a distribution of limited resources between necessary avenues. Consider the simplest example from Starcraft: I have 50 minerals, I can purchase another worker to make minerals for me, or I can build an attack unit and go kill my opponent. The implied choice here is that I can trade an economic advantage (having and making minerals) for a tactical one (having units). Since winning usually requires a tactical advantage, at some point a player must make the decision: I’m going to sacrifice my economic advantage for a tactical one. To the uninitiated this may seem like an easy choice: I’ll just build attack units and destroy him if he’s building his economy. However, this sort of theory crafting doesn’t hold up. Once you consider things like: distance, time to kill, etc, you quickly realize that the person with the larger economic advantage can produce a larger army. How far away, and how long it takes to build an army are important factors in deciding between tactical vs economic advantage.

In your replay you open up with 1:1:1 and transition into nothing... Or, maybe it's more accurate to say, you build everything. Here is a list of what you build (at the 9 minute mark):

At this point the only thing producing units is the Starport. Out of all these units the only thing you actually use is those 5 Vikings, of which you lose 3 in exchange for 5 probes. Your problem is that you built a bunch of stuff and then just kind of let it collect dust.

Imagine if I built a Refinery and then didn't put units in it for a minute. It would sit idle. Those 75 minerals I used to build the Refinery could have built another Worker, he could have worked for the minute, produced just as much minerals as I spent on him, and I'd still be able to afford the refinery when I needed it.

You're building stuff you don't need. You build your Factory early on and even give it a tech lab, and then it sits idle for 10 minutes. The sole Tank you build out of it in those 10 minutes also sits idle. You build two Barracks, but only produce a handful of units and then let it sit idle. You're not building stuff as part of some larger game plan, there is no timing attack you're waiting on, you're just building stuff to build it. At one point you even build 2 Turrets, despite the fact that you've never scouted a single Starport (and you already have air dominance through Vikings).

Now I understand why you do this, its because the Starcraft single player teaches you to be a bad player. What the single player does is teach you to build up your defenses. Trench in, and wait until you have a massive force with which you can move out and win.

Have you ever seen Boxer "trench in"? Ever seen TLO (NostraDario, the BC rusher himself) build unit producers and just leave them idle for 10 minutes? You know why you don't? because its waste of resources and very bad macro. 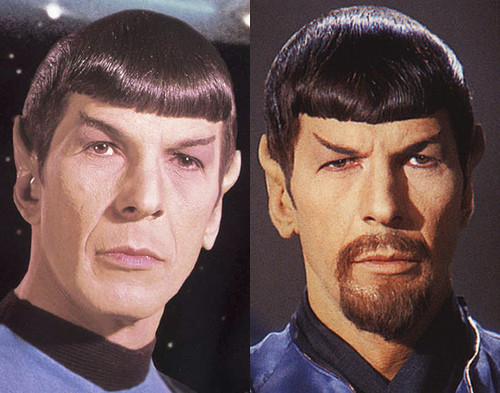 This Evil Carlo opens up Reapers! Why? because he hates his opponent and Reapers are awesome early game against Protoss. Does he stick his Reapers behind a wall in? No, he rallies them directly to his opponent's mineral line! But his opponent fights off the Reapers with Stalkers, so Evil Carlo starts building Marauders and Hellions! That's right, rallied right to his opponent's choke GASP. And the Marauders fight off the Stalkers while the Hellions slip into the mineral line and toast Probes. Why? Because Evil Carlo hates Probes. He hates Probes with a fiery passion which consumes him to the point of rage. If he saw a Probe get hit by a bus in the middle of the street, he'd run over to it and start kicking it in that one big eye Probes have. Unfortunately, the Marauders can't hold out against the 4 Warpgate Protoss and Evil Carlo is forced to back off. But never fear, he's already built a Starport, but instead of swapping for the Reactor he swaps for the techlab! That's right Banshees. Evil Carlo is snarling with hatred and anger for his opponent so he produces Banshees which force the Stalkers to run around the base like chickens with their heads cut off. Evil Carlo laughs at the foolish Stalkers MWAHAAHAHAHAHA. But meanwhile he's started producing Siege Tanks and Marines (having swapped add-ons), and as soon as the Banshees die he's moving out with Marine/Tank, which he Sieges in his opponents natural! His opponent hunkers down inside his base, desperately trying to build Immortals. But what's this? Evil Carlo has started producing Vikings. The Vikings fly over the Marine/Tank force providing sight to his range eight billion Siege Tanks. Evil Carlos' opponent is at a loss for what to do, so he blinks his Stalkers into the middle of the Siege Tanks, only to learn that Evil Carlo's Marines are stimmed! AH THAT'S THE STUFF.

Evil Carlo sounds like quite the player doesn't he? Here is the big difference between Evil Carlo and real Carlo. Evil Carlo attacked his opponent with every unit he had. He constantly put pressure on his opponent and drove his opponent to make poor choices. Now obviously, if you blindly rally your troops into the enemy base you're not going to have this kind of success, but I'm trying to emphasize a point here: USE YOUR STUFF. Every building I mentioned in that story you built. You could have had that army.

If you're not using it, its kind of a waste. Yes, you need to "build an army," but no one's saying you can't use that army while you're building it.

The real question to me is why do you lose rather than "why am i not winning?". If you are producing units non stop, never supply blocked with maxed out workers, then either you have a force similar to your opponent or you have more units.

Why can you lose with more units? Maybe your army composition isn't right. Marauders versus speedlings or marines versus tanks. Maybe your units placement isn't optimal when you're fighting. All your units are tight in a choke point while the opponent surrounds the exit. Maybe you build tier1 units and sit on them too long.

The number one reason for losing is because you don't have units anymore while your opponent has plenty. For each game you lose, ask yourself how you lost so many units and how it could have been prevented.

Something I noticed about my lower leagues friends (I'm diamond and most of them are either silver or gold) is that they send their army "into the dark". They just click attack-move, target the opponent's base and pray for the best. Well, this isn't how you win at starcraft!!! Your units are precious, don't let them die for no reason. Something incredibly powerful is to always look at the battle while managing base off-time. When I was beginning, I did the exact opposite. I was looking at my base most of the time while fighting and scouting when I had spare time.

Ok I checked the replay. I would say that your primary mistake was unit composition. You do the reactor switch trick which is great, but you start pumping out vikings. During the whole game, your opponent's only flying units were a dropship and an observer. Vikings are best against air. The landing in the minerals was ok but for an equal amount of minerals/vespene, your could have had a killer marines/marauder/medevacs drop.

Later on your opponent makes mainly stalkers, but you only have a few tanks and some marauders. Your final mistake was to counter immediately after his attack with only marines/marauders. The immortals would shred marauders and stalkers/zealots would deal promptly with remaining marines so you would have needed more firepower to crush the immortals.

As a rule of thumb, in TvP, the vikings are most effective against the colossi but not a "main unit" otherwise (except against very late game carriers).

I just saw your comment about waiting for colossi. Just a few (4 -5) vikings is plenty to deal with 1-2 colossi since the vikings won't target anything else

Haven't watched the replay yet, but one thing you didn't mention is expanding. Are you expanding often enough? I see a lot of people that have a really strong push, but then forget to expand.

Another thing you didn't mention is Day9's biggest thing: keeping money low. If you're constantly producing stuff and you still have extra resources, you need higher production, make more buildings.

For every game you lose, when watching the replay you should be able to see why you lost.
Did you lose to an early rush? Did you lose because you didn't expand enough and were mined out? Did you lose to cloaked units? Were there any battles you could have microed better? Watch the units lost metric in the replay. Are you losing more resources worth of units than your opponent? That's a sign you're either getting out-microed or you're using the wrong units.

11
What mistakes cost you games when you were Bronze/Silver
3
General SCII tips for a beginner?

22
Dealing with the dreaded Terran Base Race
10
Starcraft 2 : getting gold on Psionic Assault
10
Forming an arc in SC2 - mechanics
3
Looking for a Starcraft 2 Graphics Guide
2
How to transition out of my strategy when it fails?
3
PvT - How and When to Get High Templar
3
Good practice for protoss player against MMM in PvT
3
How to construct a refinery on a vespene geyser and order the workers to collect the gas in one command queue?