Do White Bolts NOT Count as Being Detected?

Can anyone confirm, for sure, that having an enemy get just the 'white bolts' over their head does NOT count as being detected (for the "Ghost" achievement)?

I've read places where people say that, but others seem to disagree, so I was just wondering if anyone knew for sure that they had had enemies get 'white bolts' and then still get the achievement at the end?

I did some testing, and I can confirm that three white "bolts" in the alertness level will NOT count as 'detected'.

My testing methodology and results:

I re-played "The Loyalists" mission (which is very fast to finish, if you already know what's going to happen), and made sure I finished the game with 'Ghost (Never Detected)' checked in the mission stats. I then loaded an earlier save just before putting the final moves that will finish the mission, and then fired a crossbow while not sneaking near a bunch of guards and tallboys which alerted most of them to at least three white "bolts"/levels: 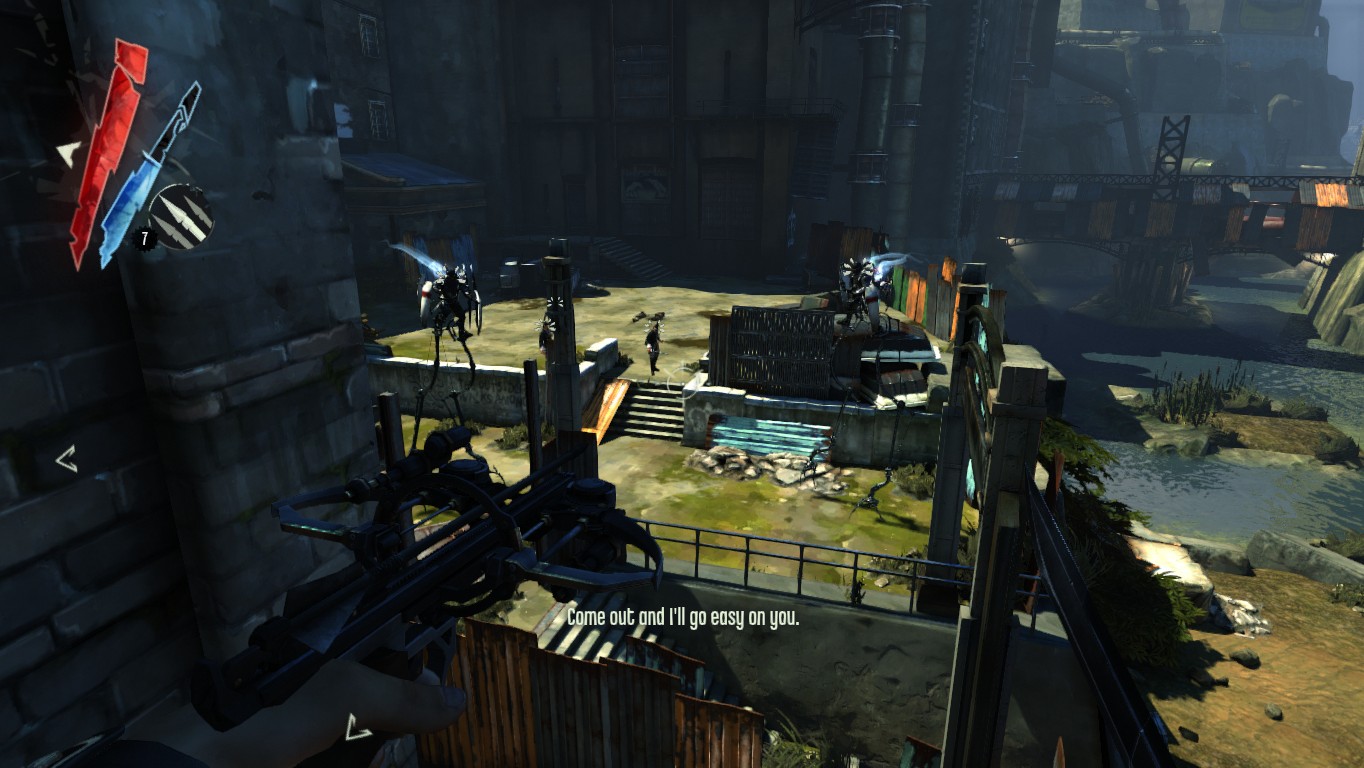 I immediately hid back to avoid getting a 'red' alertness level, and then proceeded to finish the mission. Missions stats say that I still got 'Ghost' checked. I therefore conclude that getting all three white alert levels (but not reach red) will not count as detected.

Also, from this post in the Bethesda forums by Gstaff, a Community Manager at Bethesda. (i.e. legit):

How do the detection markers work that appear over NPC (non-playable character) heads?

There are four levels of detection.

Level 1- One marker will appear on either side of the NPC – The NPC has caught a glimpse of your character or heard a non-threatening sound.
The NPC will not actively search.
The NPC will return to patrolling or idle after a few seconds without further alerts.

Level 2 - Two markers will appear on either side of the NPC – The NPC has seen your character or heard a threatening sound.
The NPC will actively search for a several seconds and up to a minute.
The NPC will return to level 1 after a about a minute or two without further alerts.

Level 3 – Three markers will appear on either side of the NPC, and they have not turned red. In this case, the NPC is very close to finding or being aware of your character’s presence.
The NPC will actively search, up to several minutes.
The NPC will return to level 2 after about a minute without further alerts.

Level 4 – Three markers will appear on either side of the NPC, and they turned red - The NPC has spotted your character and is actively engaging him.
The NPC will enter into combat and actively chase / attack.
This level will count as an official sighting of your character and will count against stealth-based achievements/trophies (i.e. Ghost, Specter).
If the NPC loses sight of your character, they will search for several seconds.
The NPC will return to level 2 after a few minutes without further alerts.

I haven't checked myself, but, according to PCGamer guide only red bolts counts as detection.

All characters and creatures count as detecting the player character, with the exception of friendly characters, Rats, River Krust, Hagfish and Watchtowers. This is evidenced by the red bolt icons upon detection.

Source: Dishonored: how to get Low Chaos, No Kills and Ghost ratings (no spoilers)

Not the answer you're looking for? Browse other questions tagged achievements dishonored or ask your own question.

14
Do “Bodies Found” Count Against Ghosting?
2
Possible to get Ghost (Never detected) but kill everyone?
3
Does it count against ghosting a mission if you're seen by a weeper?

8
How can I become the Hero of Caldeum?
5
Which enemies count for the Right Where I Want You achievement?
14
Do “Bodies Found” Count Against Ghosting?
7
When possession ends, does the victim automatically detect you if you're in their FOV?
14
How can I change from being a murderous cretin?
3
What are the exact requirements to complete the “Remorse” achievement?
2
Does Ghost in Dishonored reset when loading?
13
Which are the exact requirements for the “Destroyer of Worlds” achievement?
4
Is it possible to get Ghost in first mission without taking down the guards?
2
What types of kills don't count for “I have minions for that”?