How do I read the attributes for a dwarf in Dwarf Therapist?

These are the tooltips from the following screenshot. 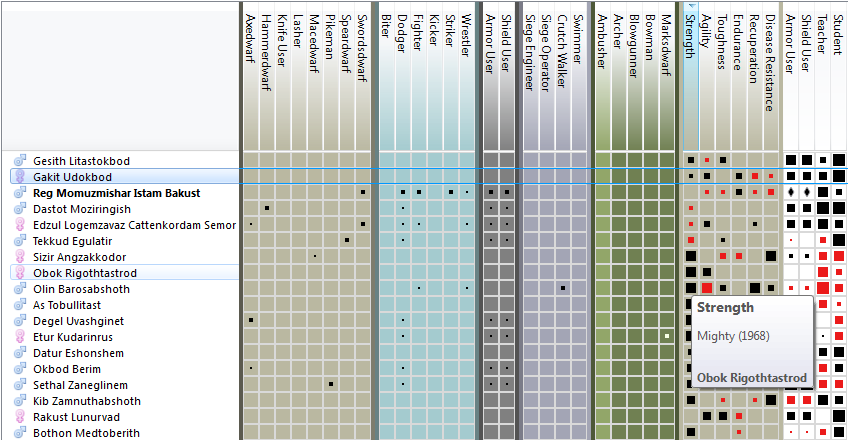 Clearly there's not a direct correlation between the words and the numbers. What exactly is it telling me?

The numbers are absolute values. 1250 is the median ("average" or no description) for Dwarves in the base game, 1000 the median for Humans.

The descriptions are relative values, as defined by the PHYS_ATT_RANGE and MENT_ATT_RANGE tag of the creature in question - or of its specific caste, if they differ from each other. Base game Dwarves don't differ, but Masterwork (1.9.5) in particular has several castes where the strength attribute is distributed differently.

For comparison, this is the default CREATURE:DWARF entry for strength:

These are from Masterwork 1.9.5 (abbrievated)