When I select the garbage dump from the building menu, there's an overlay that shows the different levels of pollution in my city, but I'm not sure how far away from that I can place the dump and still have it be effective.

The dump itself generates some pollution, so just placing it in the middle of the city where the overlay is red to begin with sounds like a bad idea.

How do I determine the best spot for the garbage dump in Tropico 4?

I did some research in my game, and it seems that the garbage dump removes garbage evenly throughout the entire blue area covered by the dump.

You can figure this out by comparing pollution vs coverage area vs predicted pollution. 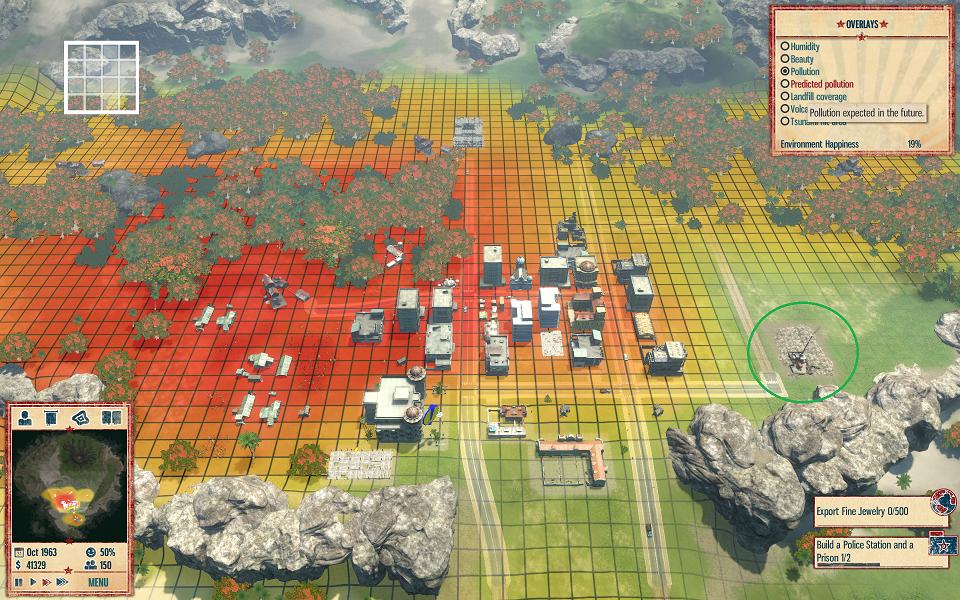 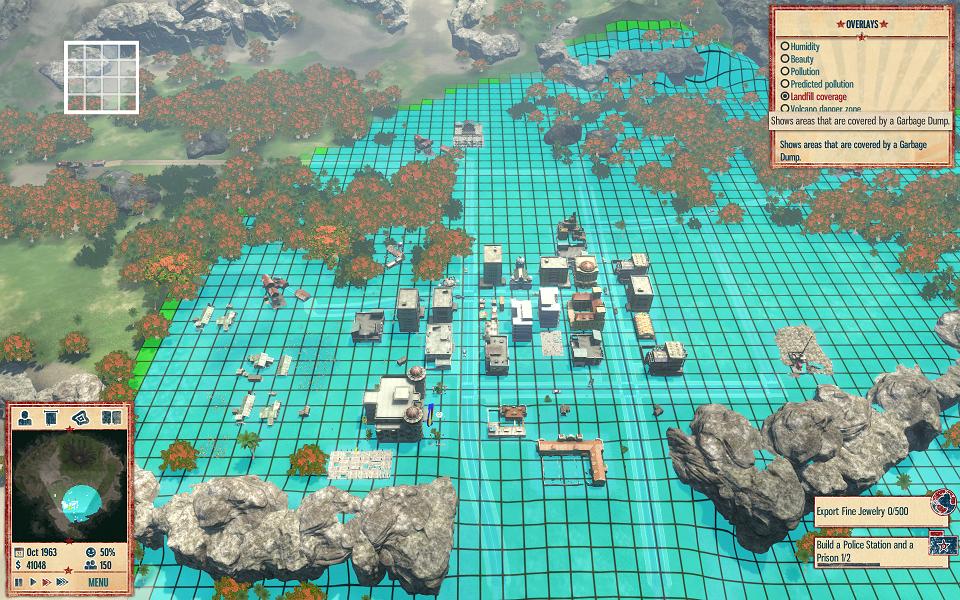 Now finally if you compare predicted pollution, you can see that the area covered by the dump gets its garbage reduced pretty much uniformly throughout the area. If the effectiveness of the dump fell off with distance, then around the edges of the coverage there would be almost no noticable effect, however you see a very stark difference between the areas just inside the coverage versus those outside. 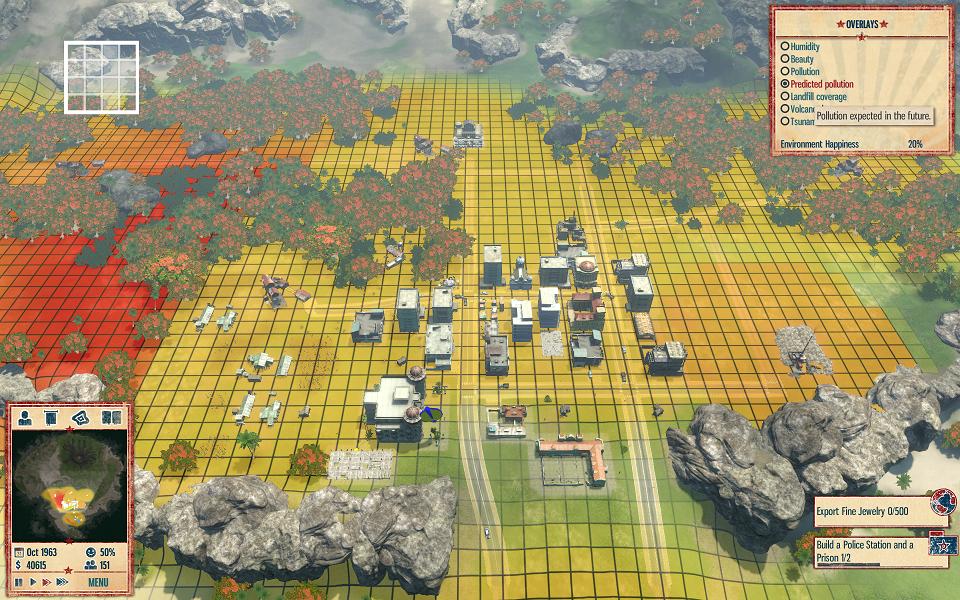 So it would seem the best strategy would be to put the dump as far out as possible, while still overlapping the worst parts of your city. By counting the squares it looks like it has an effective radius of about 35.

As Tim says, the garbage dump covers a great area of your island, marked in the map as a blue spot, so I prefer to put outisde the city to avoid the build polution.

Not the answer you're looking for? Browse other questions tagged tropico-4 or ask your own question.

8
What happens if I blame The Powers That Be?
9
What's the white grid thing in the upper-left?
8
How can I get rid of the mission voice-overs?
4
Does the Minister of Defence participate in armed conflict?
5
Can you still build the older buildings once you unlock the newer ones?
10
How can I place the same building repeatedly?
8
Does the location of the immigration office matter?
6
How can I lose an election?
2
How do I increase the export volume?