I’m playing DOOM 2 and my OCD is forcing me to get 100% kills, items, and secrets, but have run into a problem. I know there are bugs in several maps that make some items and secrets impossible to get, so I am wondering if this is one of them.

On level 20 (“Gotcha!”), there is a tower behind the player’s starting position which contains a ledge that has some items on it, but seems to be impossible to get to.

I checked numerous FAQs, guides, and walkthroughs but none of them mention this ledge. I even opened the level in an editor and found that it has no trigger ID associated with the sector, so it does not seem that it can be lowered, nor does it have a transport destination on it. I cannot figure out any way to get up there (I considered rocket-jumping, but that is not really possible in this instance, and I doubt that was the intent anyway).

Figure 1: The ledge in first-person—mode 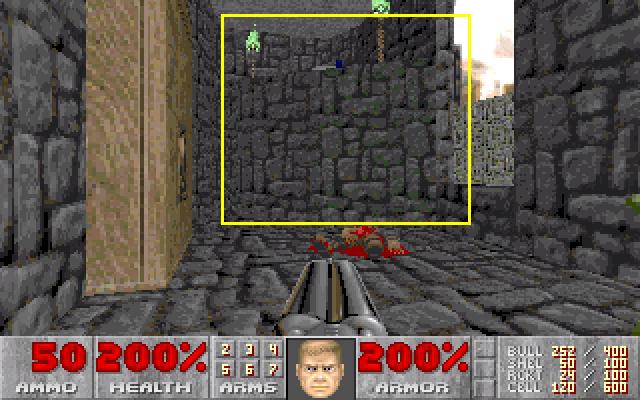 Figure 2: The ledge in map-mode 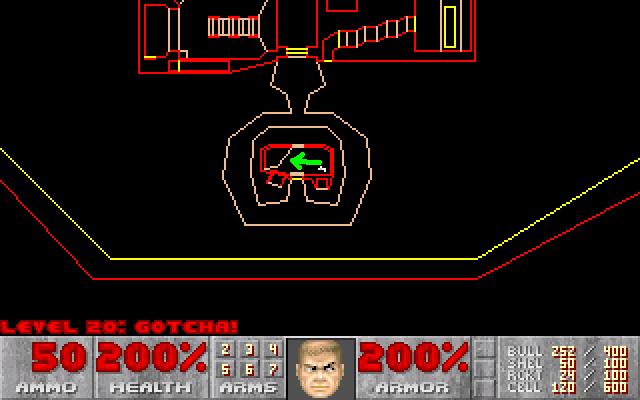 Figure 3: The items on the ledge 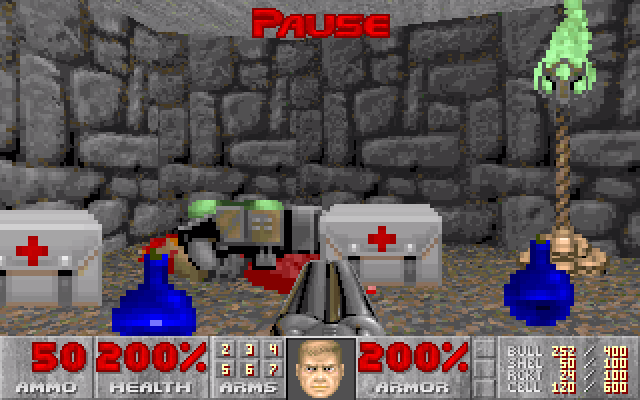 It turns out that you have to use the door to the tower—the wood-paneled wall to the left of the screenshot. (I didn’t even notice that it doesn’t close all the way because the top is not visible.)

You have to open the door, stand on it, then wait for it rise, taking you up along with it, and then run across the gap.

Not the answer you're looking for? Browse other questions tagged doom-2 or ask your own question.

10
Is there a mod for Doom 3 that emulates Doom 2?
9
When are the melee attacks worth using in Doom II?
8
What are the differences between the difficulty levels in Doom and Doom 2?
2
Why is there a Commander Keen sprite in Doom II?
1
Running DOOM and DOOM 2 with DOS
3
What is the purpose of the line of dots at Doom 2 game startup?
2
Can I use cursor keys for movement in Doom 2?