What is the effect of switching between conflicting social policies?

Certain social policy branches conflict and cannot be taken together (eg, Piety and Rationalism). I usually plan ahead to make sure I don't end up wanting conflicting branches, but the other day I did (almost!) activate one to see what happened.

I was given a warning that doing this would cause anarchy for some turns, at which point I stepped back because I was in the middle of a live game.

So, what happens if you activate a social policy for a branch that conflicts with one that you already have active?

Presumably you lose the policies from the conflicted branch, but is this forever?
Or are they hidden in case you switch back later?
Or maybe you get the policies "refunded" and get to transfer them elsewhere?

Actually I think in some cases it still might be not such a bad idea to do that. Especially if you didn't invest too much in that policy and you are not going for cultural victory anyway. Some early game policies matter much less in the late game. For example you can use a bit of Liberty for early expansion and then abandon it for Autocracy.

The effects of switching policies, in pictures.
In this case I already switched from Piety to Rationalism. I lost all Piety benefits, but the Piety branch and all already unlocked policies are still available. It's possible to switch back to these deactivated policies for the cost of 1 or more turns of anarchy and losing the benefits of the conflicting Rationalism branch. This is possible at any time, you do not need to accumulate Culture to do so. 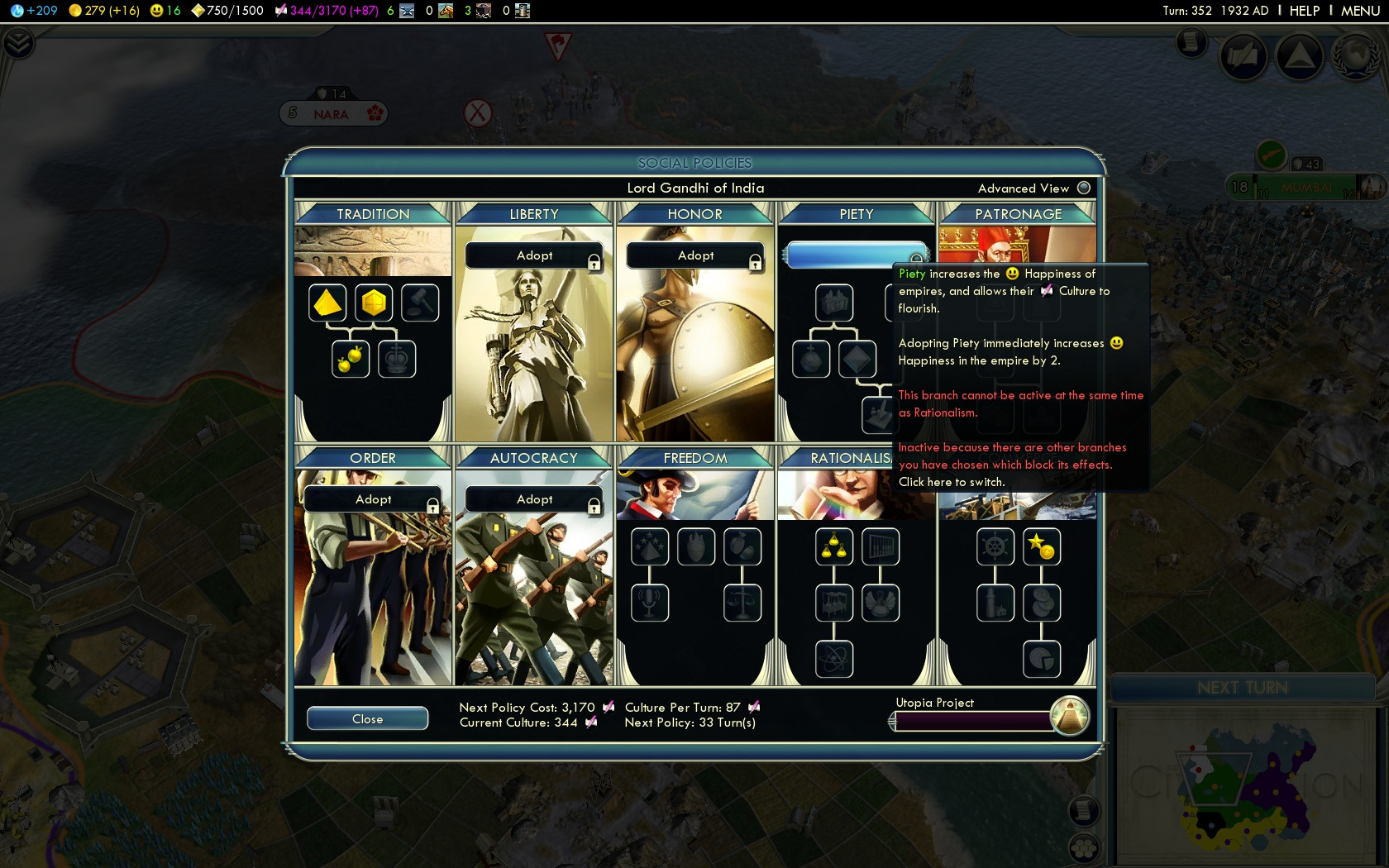 The tooltip reads "Inactive because there are other branches active which block its effects. Click here to switch." 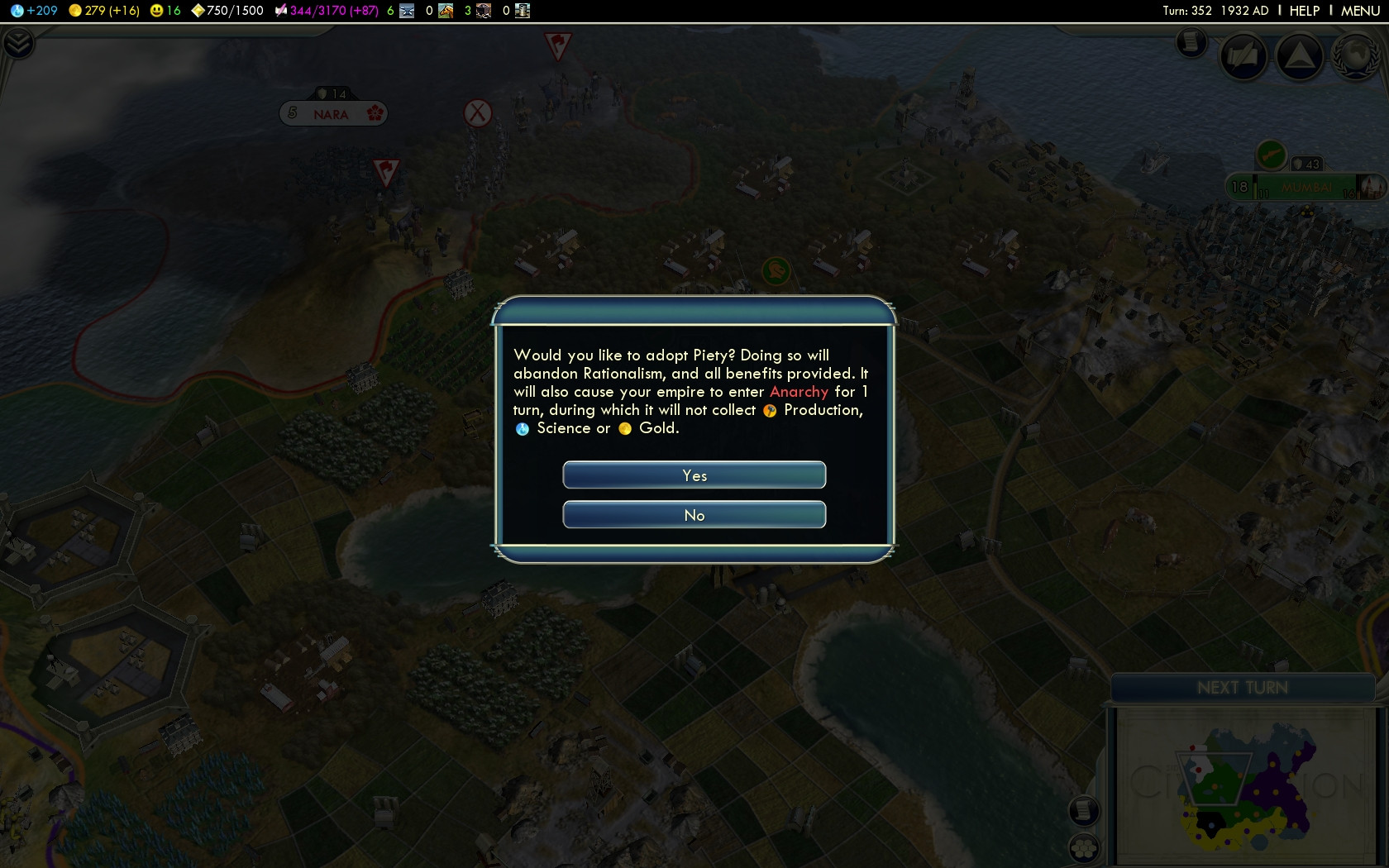 Switching will cost, in this case, 1 turn of anarchy, during which no Production, Science or Gold is produced. I'll also lose the benefits of Rationalism. 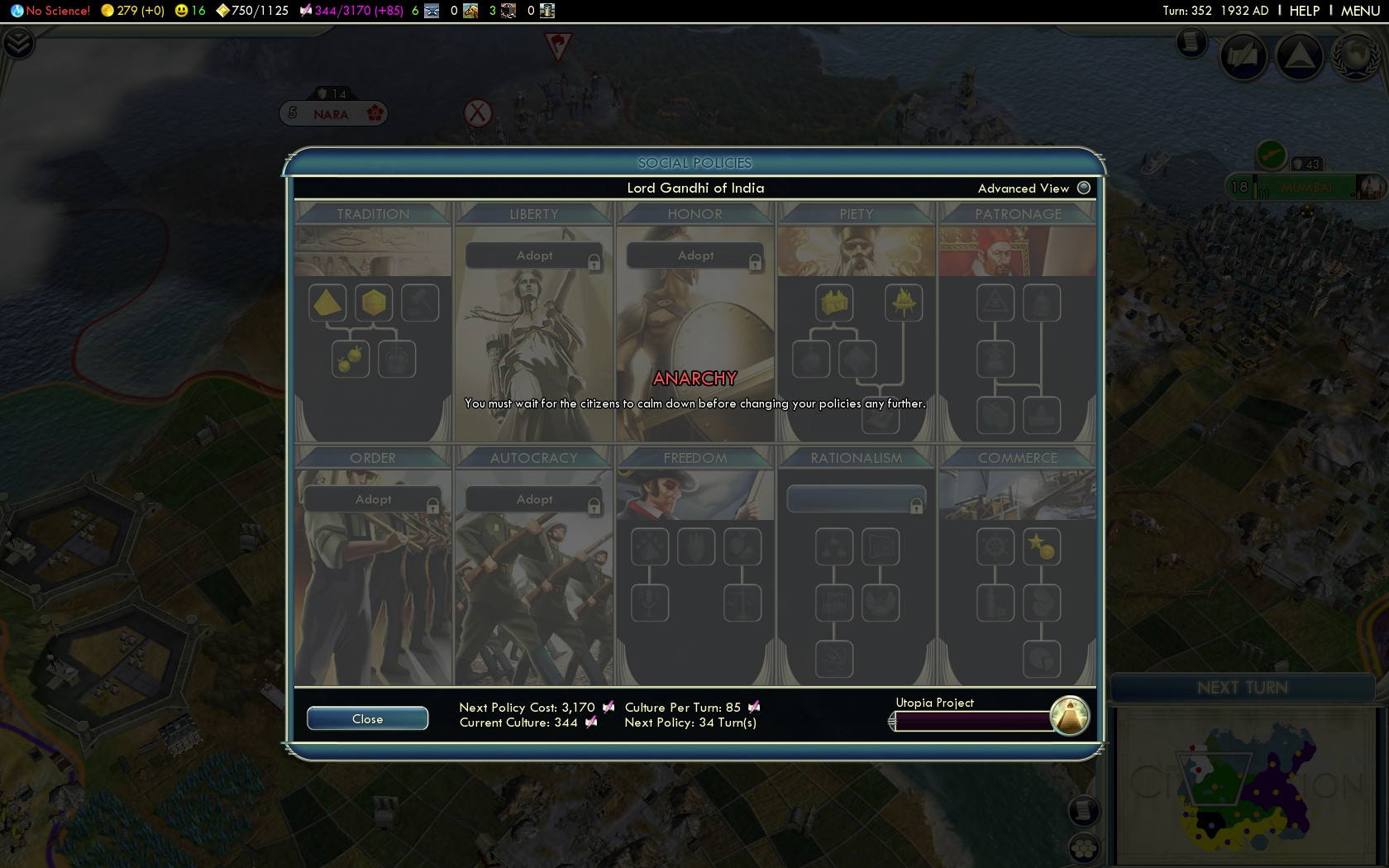 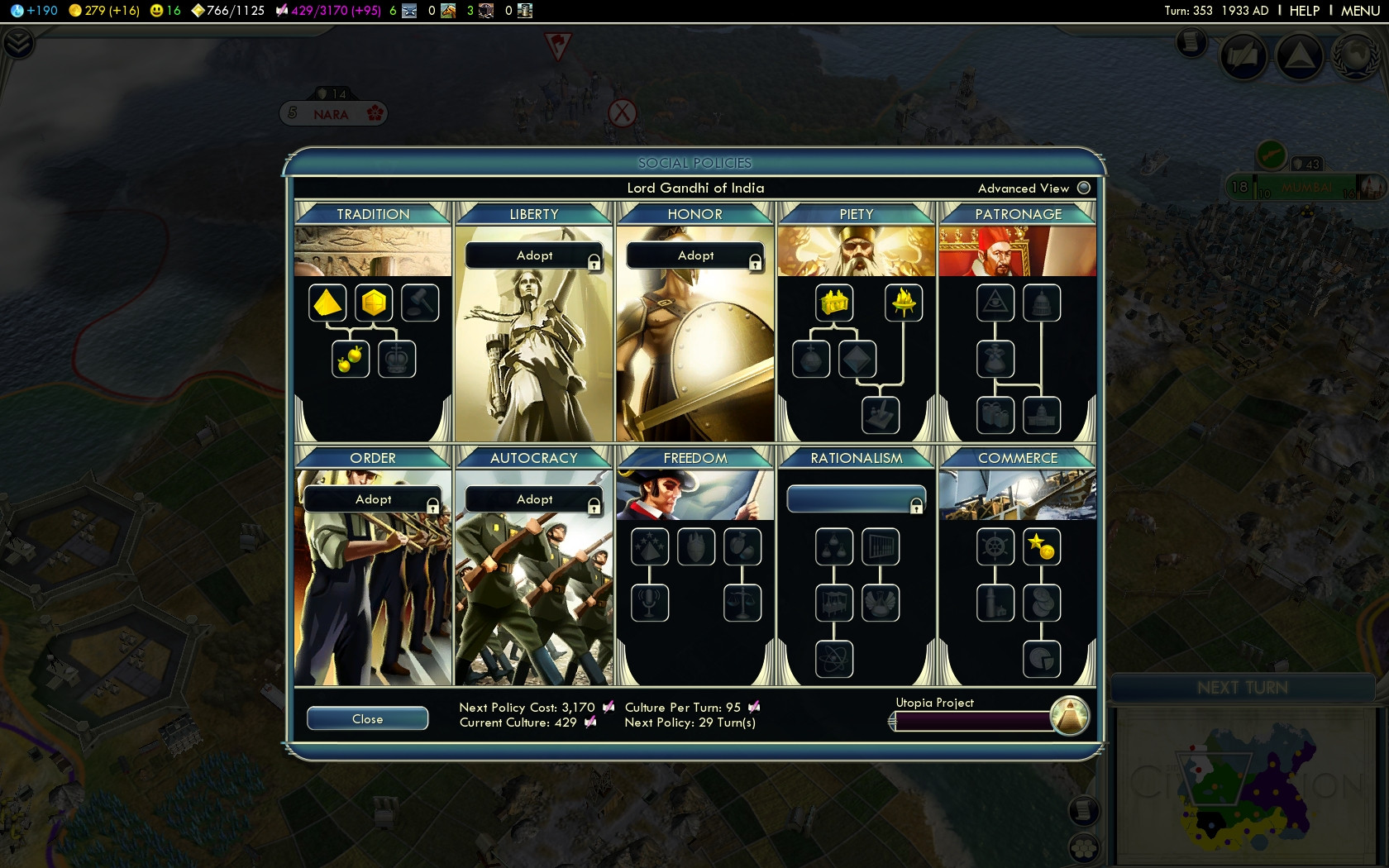 After the switch is complete, all my previously unlocked Piety policies have been restored. Rationalism has become inactive instead.

What I've read from other players is that the conflicting policy tree will be deactivated, but the policies you've unlocked in it will be preserved. You can switch back to it at any time at the cost of anarchy. So the original policies are not lost forever.

The worst impact I think is that if you have all the slots unlocked in piety and then deactivate it by switching to rationalism you lose counting that set of piety policies towards a cultural victory. You would need to unlock a sixth to win. That is if you actually get all five policies sets, but two are piety and rationality you have failed to achieve a cultural victory.

2
What social policies combine to make anarchy?
4
Switching Between Order And Autocracy

19
Are puppet cities affected by social policies? Golden ages? Wonders?
26
What effect does happiness have?
5
How much does each city increase the cost of social policies?
8
In Civilization 5 the game wants me to adopt a policy but no policies are available?
4
Switching Between Order And Autocracy
7
What happens to the social policy of a conquered civilization?
2
What social policies combine to make anarchy?
7
What social policy reduces border growth via culture?
8
What is the difference between a missionary and a great prophet?
1
How Can I Stop Game From Stopping After 3 or 4 Social Policies?