Does the size of a Garden make any difference to beauty?

When placing gardens, by using the [ or ] keys we can cycle through many different styles of gardens. Some are really tiny (about 1x1 tile or smaller), and other are large walled in parks that take up the size of a medium size building.

Is there a best way to utilize these? If I pack a 4x4 grid of small gardens into the area the size of one large garden, does that give me 16x as much beauty as an equivalent large garden?

If I pack a 4x4 grid of small gardens into the area the size of one large garden, does that give me 16x as much beauty as an equivalent large garden?

No - it gives you the same increase for four times the cost.

To test this I first found an area of roughly equal beauty: 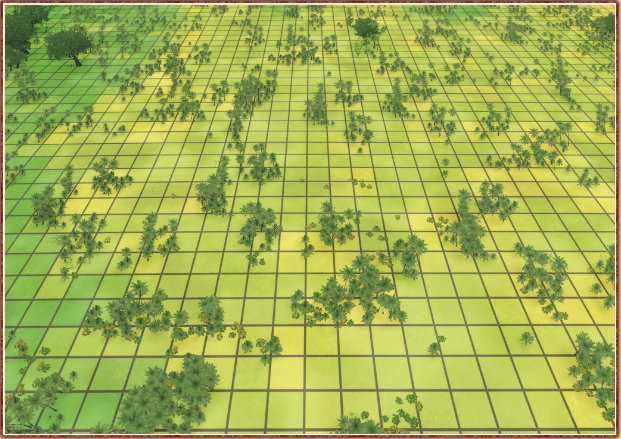 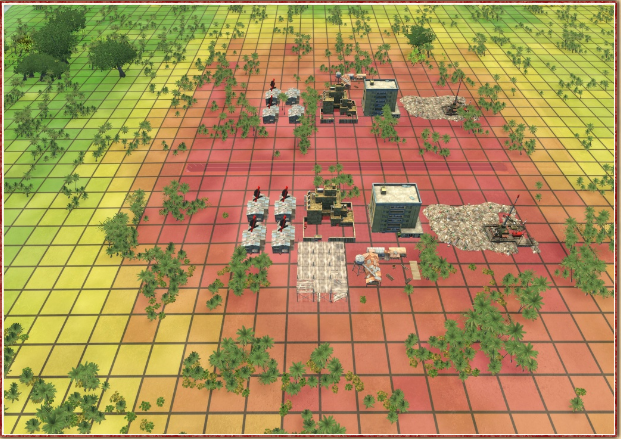 I then chose the spot just in front of the armoury (quite arbitrarily though there was space for all the gardens here and a wide enough area to see the effect). This is it's normal beauty: 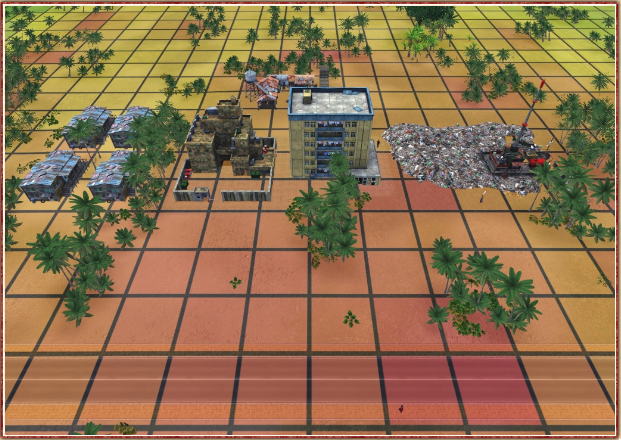 With one small garden, the effect is very small both in terms of difference made and area affected: 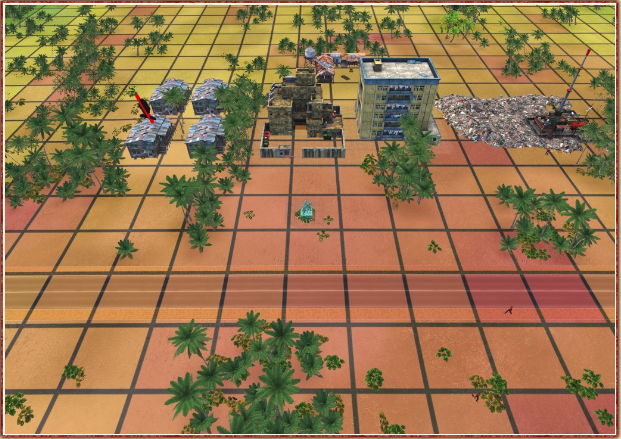 However with one big garden, the effect is magnified locally but has no further range (look at the tile with scrub-land on it immediately behind the garbage dump - it is the same colour in both images: 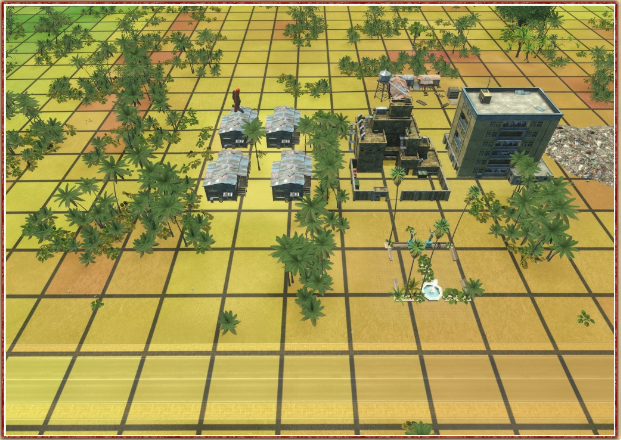 With four small gardens (roughly equal in size to one big garden), the effect is exactly the same as one large garden in both area and magnitude: 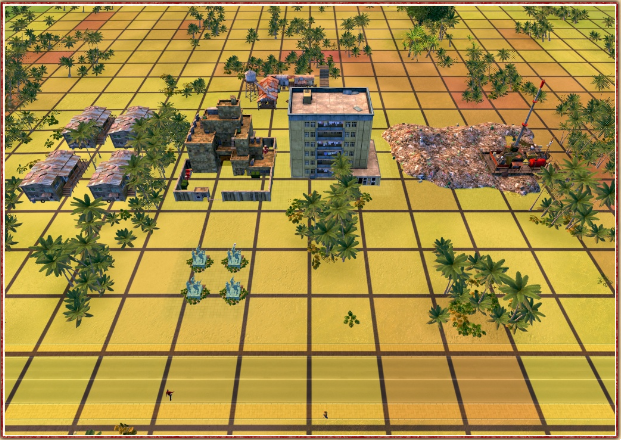 As expected, the area with four large gardens has the largest local effect though again the same range (looking once more at the scrubland behind the garbage dump): 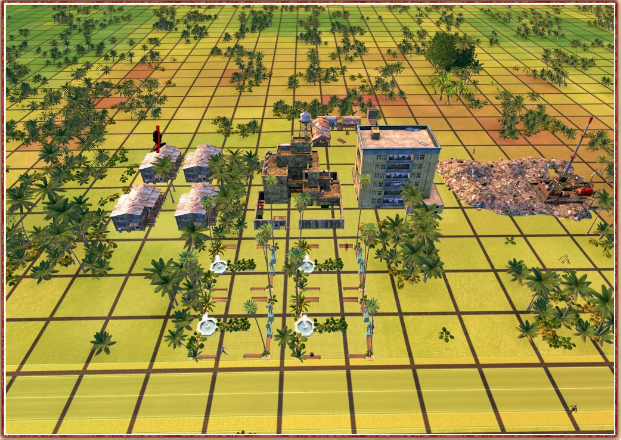 Finally, a 4*4 grid of the small gardens has an identical effect to four large gardens in intesnsity and range: 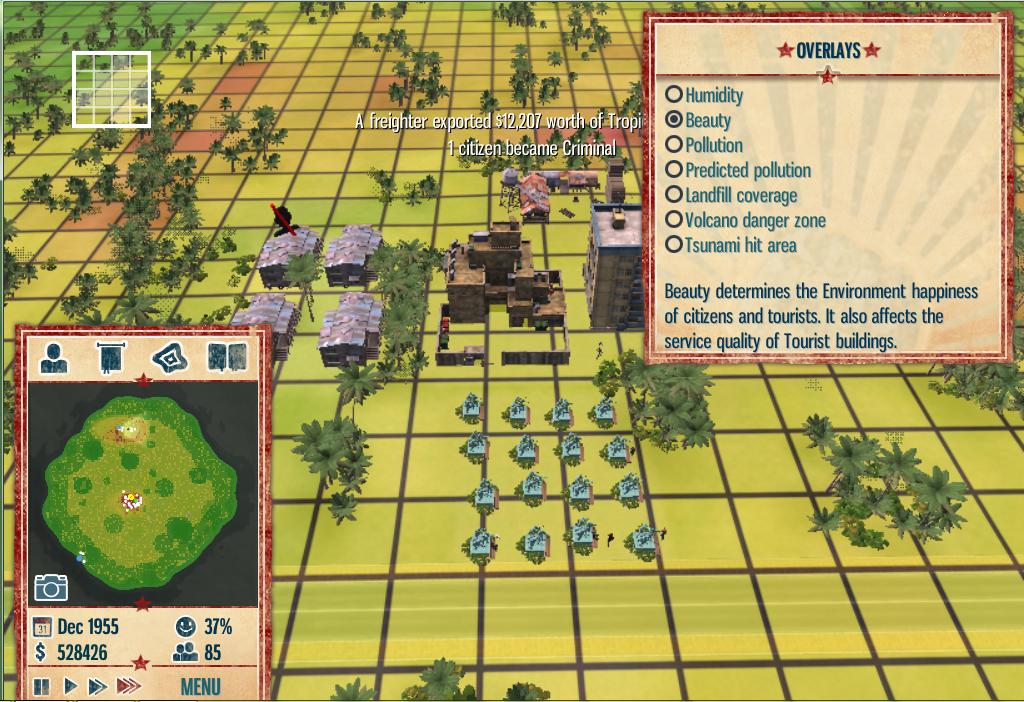 It's worth remembering that gardens are fixed cost, therefore it is most cost effective to build large gardens.

The camera keeps shifting about as it's really difficult to get it in the same place twice. The gardens aren't perfectly aligned to the same grid either as this was also a pain to achieve, though it doesn't appear to have had any effect. Also the game crashed several times when taking the screenshots, each time doing so resetting the visual settings so some of the textures might be a little different from screenshot to screenshot. Finally the game absolutely refused to take the last screenshot (garden overload!) so it's a bit more obscured than the others - sorry!

Say each square of garden grants +3 beauty (this is an arbitrary number for the pruposes of this example):

Unfortunately I do not have an official source to cite, this comes from having played it (although the game is rather inconsistent with how it works out stuff like this)

9
Difference between the restaurant and the market
13
What difference does it make who my ministers are?
4
Does the Minister of Defence participate in armed conflict?
8
Does the location of the immigration office matter?
10
How should I structure my city in order to make up for the teamster's terrible AI?