I initially planned to purchase Black Ops for Mac from the Mac App Store for my late 2009 iMac. I was thinking I'd then buy GameCompanion and connect an Xbox 360 controller to my computer, effectively making it an Xbox. Unfortunately, I just checked the machine's specs, only to find that I have 256 MB of video RAM instead of the recommended 512 MB.

The exact card is the ATI Radeon HD 4670 256 MB. If I did purchase the game, would I notice a severe amount of dropped frames, making gameplay really frustrating? If so, are there quality settings in the game I could turn down? Also, could the use of a wireless controller create additional lag? Any advice appreciated.

All machine specs are as follows: 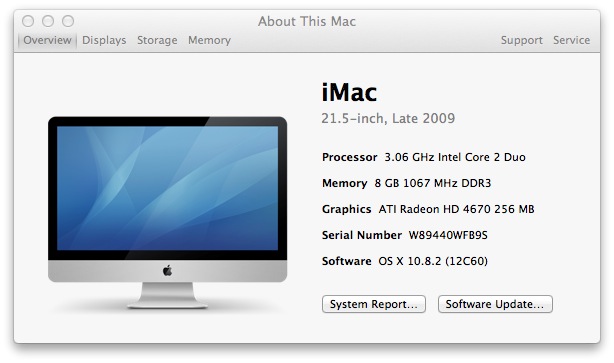 The use of a good wireless controller is not going to create any noticeable lag. I would highly suggest that you go ahead and use keyboard mouse for playing a FPS on a PC.

Not the answer you're looking for? Browse other questions tagged macos call-of-duty-black-ops graphics-card or ask your own question.

2
How does HQ work in Black Ops?
3
CoD Black Ops: Thunder Gun
2
What are clan tags for in Call of Duty - Black Ops?
4
How does the scoring work in Black Ops?
5
Does Zombie mode in Black Ops ever end?
3
COD Black Ops: Can opponents voice chat in free for all?
4
With Steams graphics "auto updater" for ATI Radeon, can I just have the drivers?
1
ATI HD Radeon HD 7470M performance; won't use full clock speed in game