I have not encountered any Sewer Missions on job boards while playing through RAGE. The Wiki only describes the Wasteland Sewer Missions as X360 DLC. However in game properties in Steam I can see "Rage Sewers DLC". Is it something different than the X360 DLC? Or maybe I need to do something to activate this DLC? 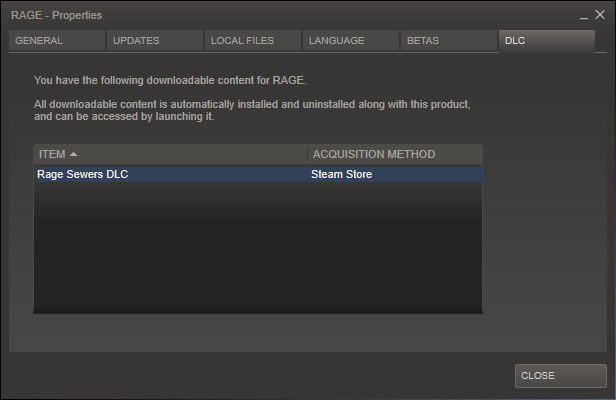 You have to find the sewers first. The job board postings happen after you've gone through a sewer once, and the posts are only for sewers you've cleared. There are quite a few sewers scattered around. Look for manholes.

Source: I played the Steam version.

is near the Ark you come out of, under a bridge, and has a guy standing next to it.

In PS3, the manholes are visible, but If I try to enter without having installed the DLC (Sewer Missions), I cannot, and states I need to get the DLC. (For Steam the only DLC available is "The Scorchers" a totally different set of missions, but from the comments in Steam forums, it seems Steam version has the Sewers DLC builtin).

However, if you have trouble finding them all, this video in youtube has the locations of the sewers,

Also the Rage wikia (http://rage.wikia.com/wiki/Wasteland_Sewer_Missions) list the sewers with some pictures of the places. Enjoy!

Not the answer you're looking for? Browse other questions tagged steam rage or ask your own question.

16
Does PC version of Civ-5 on Steam entitle me to Mac version?
10
Does the steam version of Dragon Age II use SecuROM?
1
Confusing information on Steam regarding version of Settlers 7
8
What does Steam backup?
5
What rendering API does Rage use on PC?
11
Where does Rage store its savegames?
1
Rage won't validate in Steam for offline play
1
Steam again starting game download after installing Rage
5
Can I check what version is Steam gift?