What is the effective range of 'close enough'?

What is the effective range that close enough uses to determine if a bullet will ricochet in that direction? Is it more beneficial to try to aim at the ground near the target or does it not matter where I aim as long as the bullet hits a wall of some kind? If there is only one enemy in the area and they're very far away (outside of mini-map radius), will my shots still have a chance to hit them via ricochet? I'm mostly concerned about the annoying buzzards and repair drones that like to make wide circles.

Well, Close Enough bullets will always ricochet (at the % chance provided). If there's no target to home to, they bounce at the opposite angle of impact as you'd expect.

I'm bad at spitballing distances, but this is about the maximum range I could get ricocheted shots to hit enemies (confirmed by the blue numbers there) 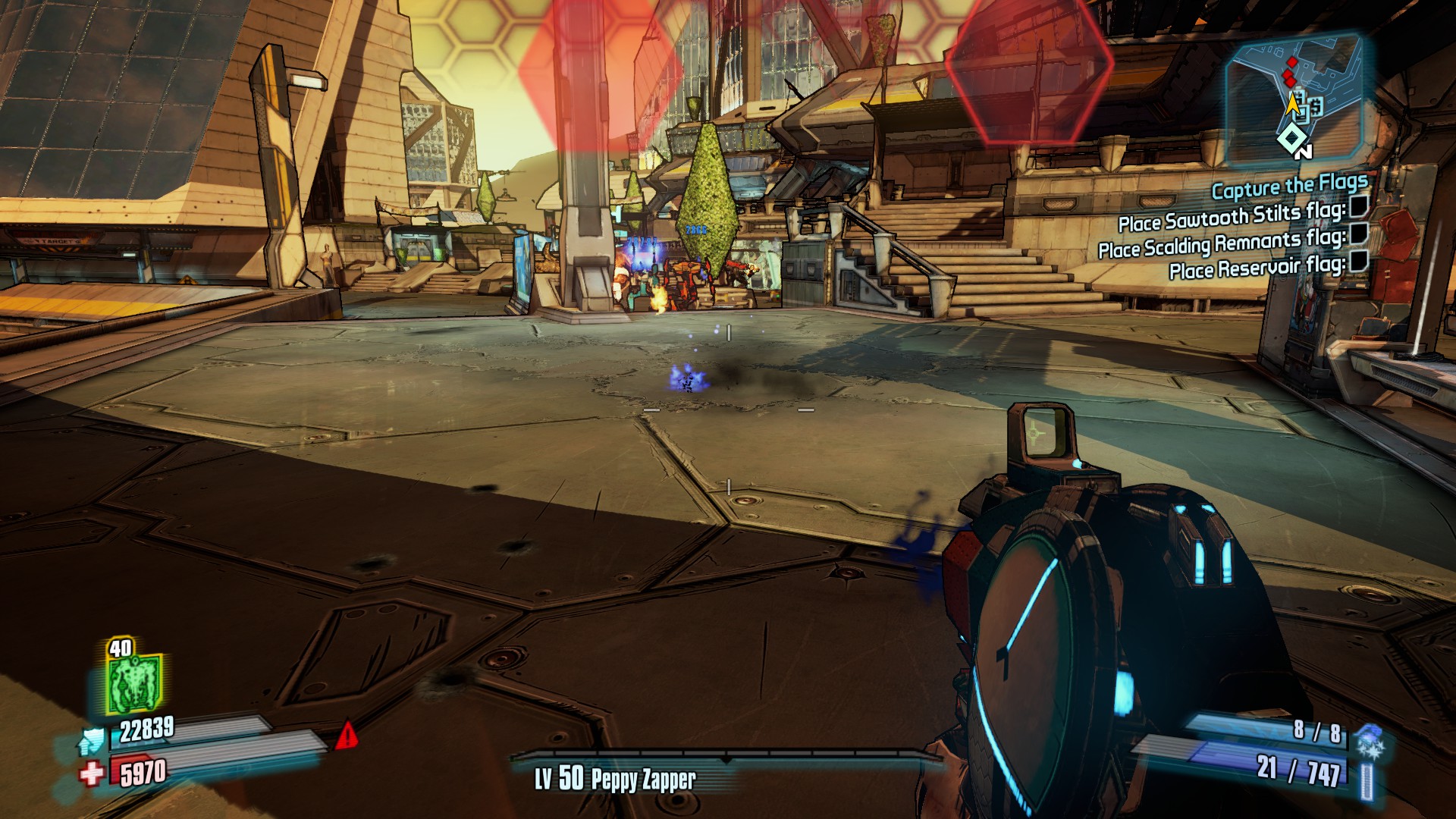 That's about...what...50 feet? Note it's the distance from where I'm shooting to the targets, not from me, which is about halfway in.

So yeah, you do have to be reasonably close to the mark, but not quite "right at their feet". Pretty much as long as you're firing directly into combat it should work, but you can't just use it to long-distance snipe by intentionally missing; I bet that's by intention.

So you won't be hitting any surveyors with it; use Deathtrap for that, he's a doll. He also rips up buzzards.

27
What is the maximum level?
11
Where is the most effective spot to item farm?
7
Who/what is Saturn (close to the end of the game)
6
What is the range on singularity grenades?
7
How effective are adaptive shields against burst fire?
2
Farming isn't effective?
1
Non elementals: Lascaux vs. Sand Hawk vs Slagga DMG per second close range, which deals most damage?
2
How does Close Enough interact with explosive weapons?
1
Do bouncing bullets have multiple chances to proc Close Enough?
7
Why is Voracidous the Invincible forcing the player to respawn without causing enough damage to kill?