How to Make an Instant Off/Delayed On Redstone Circuit?

I would like to make a circuit with one lever input and two outputs. When the user flips the lever, I would like for the one output that's ON to immediately turn OFF, while the other output which is OFF takes a second or two to turn ON. Both outputs should behave the same way such that when the lever is flipped again, the exact same thing happens, but with the outputs swapped. I'm currently accomplishing this with two AND gates like so: 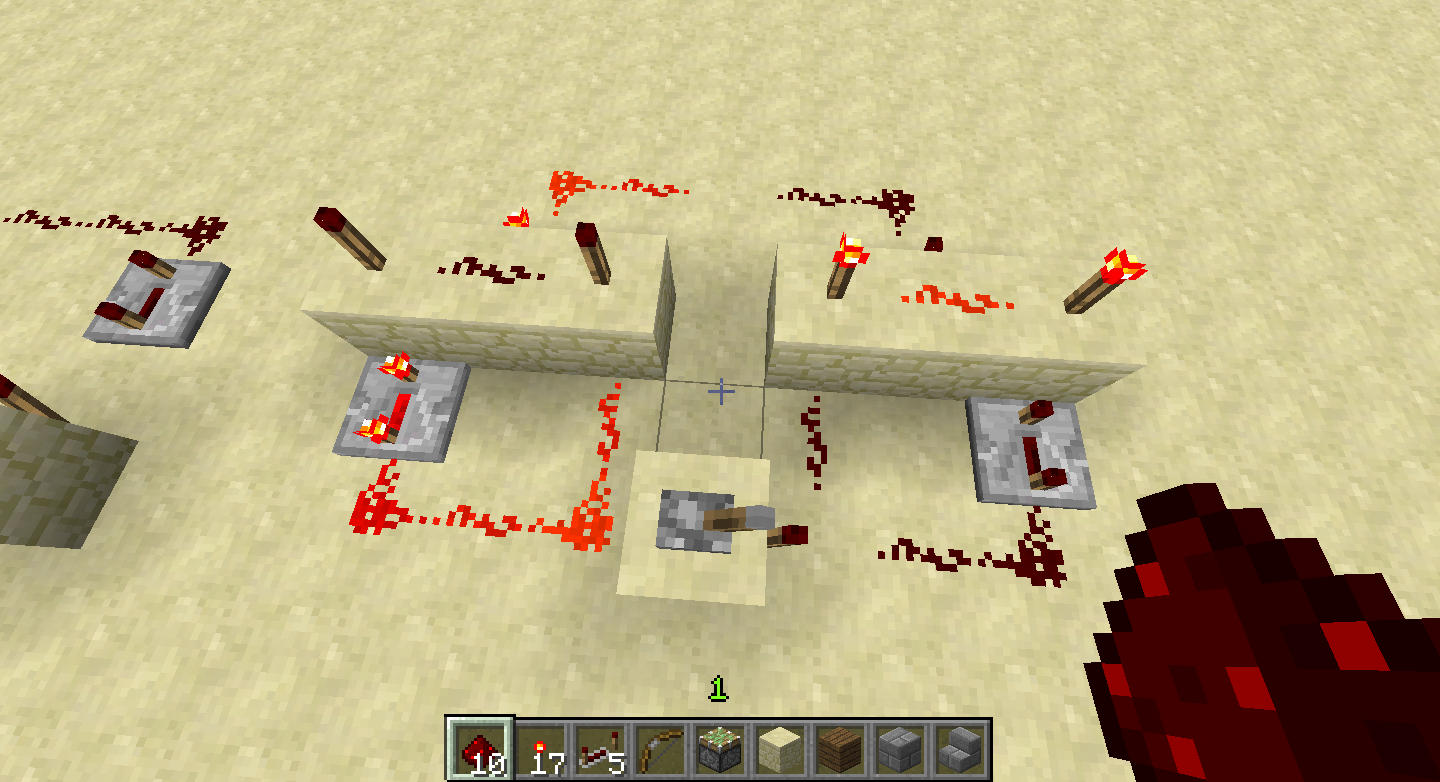 But I'm looking for a much more compact way of doing it. Any thoughts? 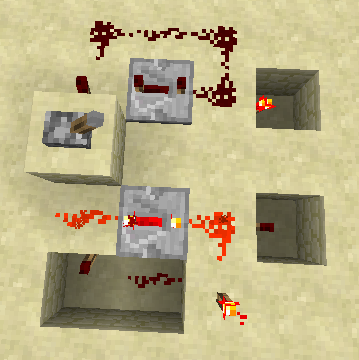 This is a very compact solution. The torches on the right are the two outputs. 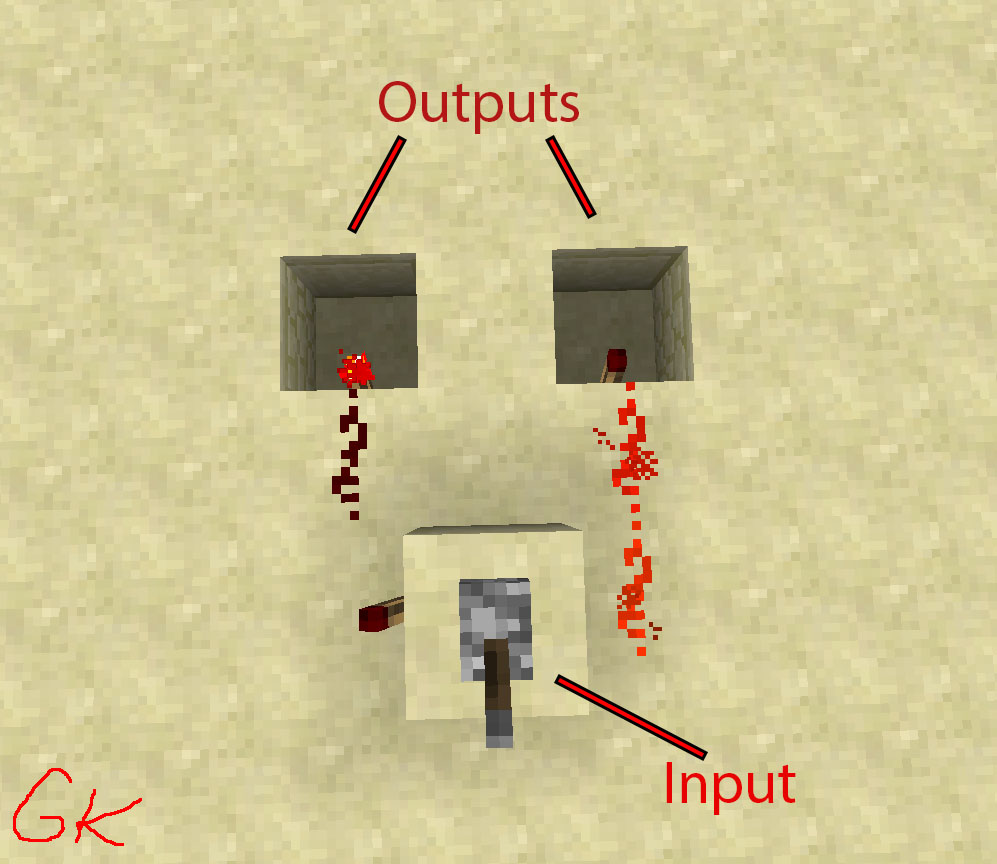 I like your design, but when tried it out, I made my own, more compact version. You might even be able to make it more compact by shortening the length of the redstone leading up to the outputs, and moving the outputs back one block. 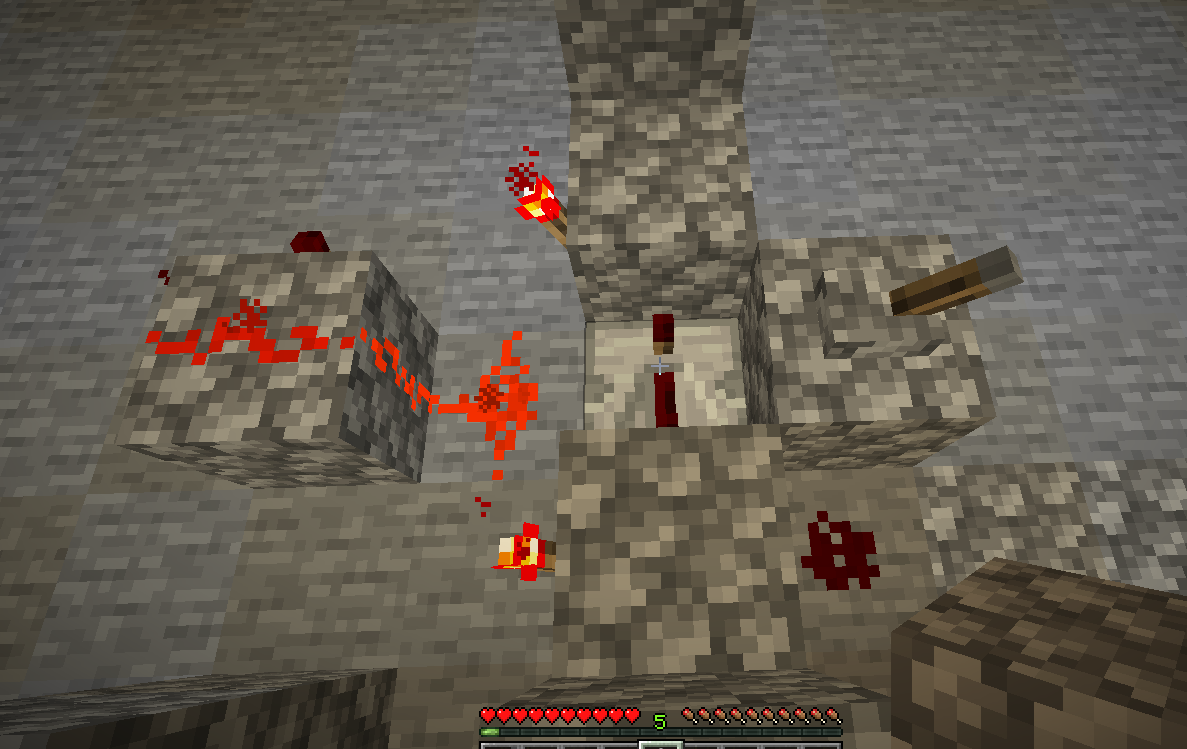 I made this Delayed ON-Instant OFF thing using an AND Gate with one side delayed. I'm answering this now because I was searching for this and ended up here. So I made my own solution for those who may get here as well

I made a 3x5 one. It is extremely compact and effective. 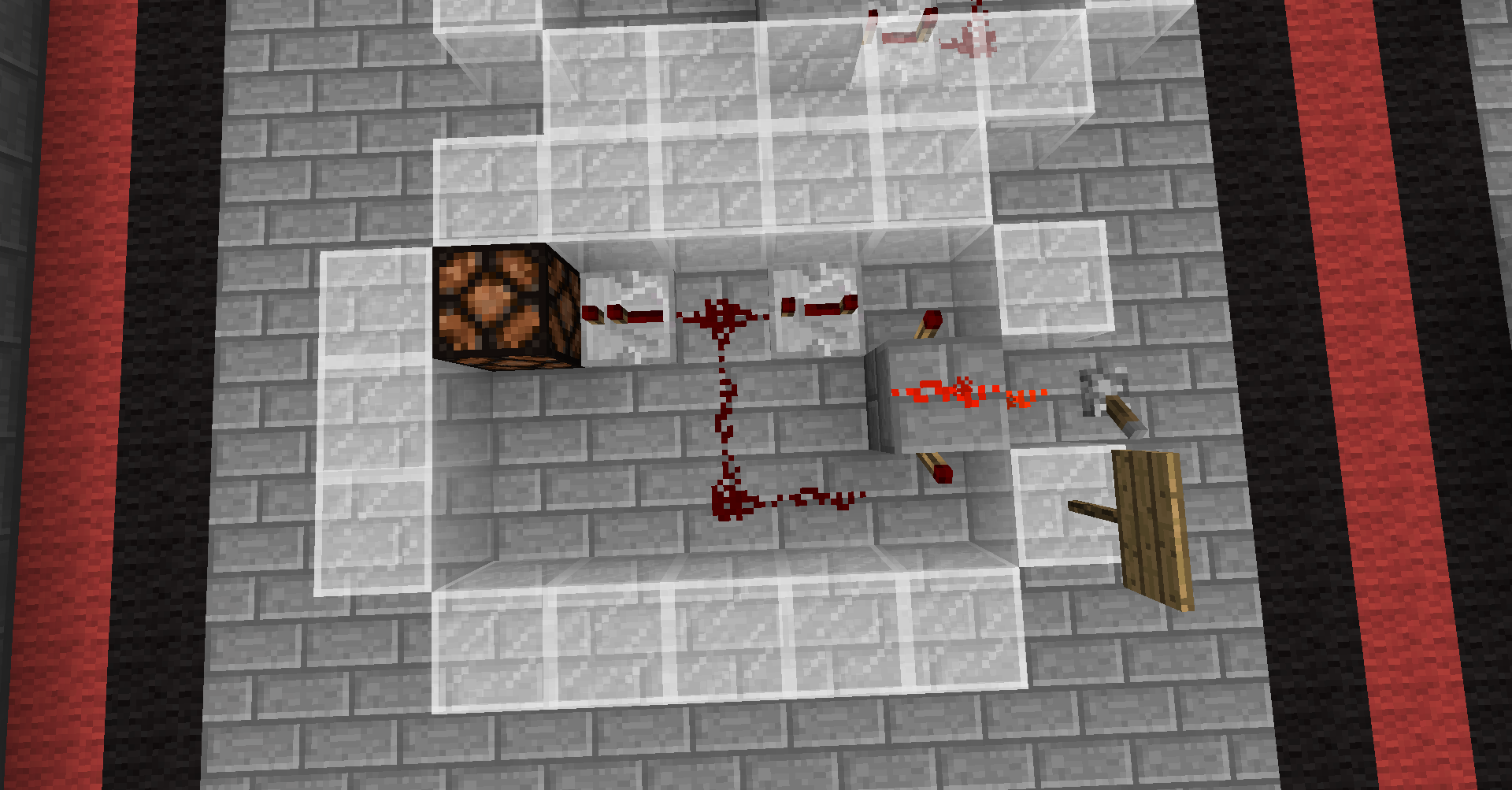