What do the different mini-map highlight colors mean?

Some of the different mini-map highlight colors in Far Cry 3: 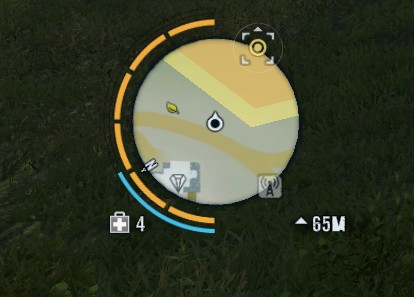 Light blue and red (red is inside blue): 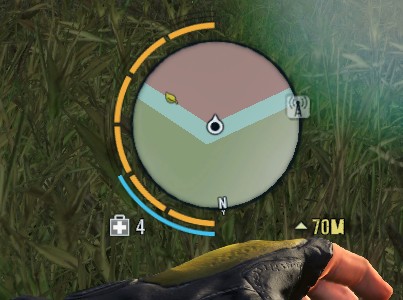 Light blue and red (blue is inside red): 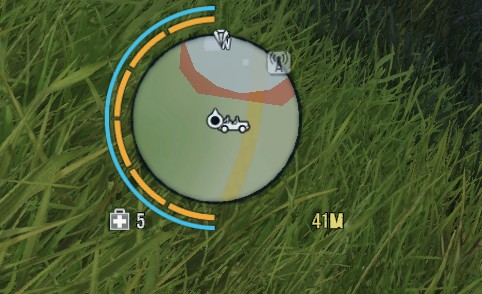 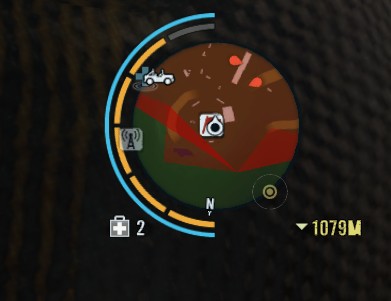 What do these different colors mean, and what does it mean if they are seen together in the mini-map?

In your second picture you can see that you are wearing the privateer suit. Now the privateer suit has the advantage that other privateers won't notice you. But there are still certain zones you can't go in. Those zones will be in red.

Now before you had the suit and you get quests, the zones will have different colors depending on what quest: Main quest, hunting quest, killing quest and the other one. It is still the same except some zones are in (red)zones you can't cross without being noticed you are not a privateer. And that is where the red zone comes in.

Yellow zones are story missions, blue are optional missions and red are hostile areas you still need to take over.

Your first picture is a story mission quest, with the orange color meaning the zone you can't enter with your privateer costume or they will notice.

Your last picture is while wearing the privateers suit trying to take an enemy zone.

12
Is there way to turn-off auto-tagging of enemies in Far Cry 3's minimap?

7
What are all the quotes in the Far Cry 3 loading screens?
15
What purpose does the 'Take Picture' function serve in the Far Cry 3 Camera?
17
What are the differences between the difficulty levels?
4
What does the Sixth Sense multiplayer skill do?
2
Does it mean anything when the camera screen turns orange to take a pic?
5
What does slower handling mean?
1
The map marker does not work
0
What missions unlock all the skills?