How can you give a player fireworks?

I'd like to give some firework items to a player, using a dispenser, or via some similar mechanism. How can I do this? Is it possible?

The Dropper block, available since Minecraft 1.5, can be used for this purpose. It is similar to a dispenser, except that it does not “activate” items like arrows and fireworks, so they will be dropped for the player to pick them up instead.

There are several ways to give a player on your server Fireworks.

Of course, the obvious way is to simply craft them from Firework Stars and give them to the player. This requires materials, requires you to walk up to them, etc. You could leave them in a Chest, but that still isn't automatable.

You can try putting the Fireworks in a Dispenser, but it will fire them off rather than give them. Instead, the Dropper can be used to properly dispense Fireworks that a player can pick up and use.

The most flexible option, however, is the /give command. It requires being an Operator on the server, but the power it has in customizing the fireworks is incredible.

Using /give with Fireworks

Using a command of the form

you can create arbitrarily complex fireworks, using colours not even present in the game, and give them to a player. It works both directly typed in, or through Command Blocks, though direct typing has much more strict character limits. Command blocks can use all the usual @p selector stuff in place of PLAYERNAME.

The data format is as follows:

Flight length is a number, corresponding to the duration the firework should fly. Explosions will be of the following form:

And you can add multiple explosions by just putting commas between them. The Type is a number, with 0 for Small Ball, 1 for Large Ball, 2 for Star Shaped, 3 for Creeper Shaped, and 4 for Burst. Flicker and Trail (Which control the effects normally gained from using a Diamond or Glowstone Dust in the Firework Star)are 0 to not be used, 1 to be present, and can be omitted entirely.

The Colors section is a series of numbers, with commas between them. Each corresponds to a single colour used to create the firework. The numbers are in the form

So, putting it together, a /give command to give my character a single firework, with a fuse length of 3, and a single small-ball explosion of stark blue sparks, should look like:

Whereas, a command to give me three fireworks, with a one-length fuse, with two explosions, one a red star, the other a green and blue large ball, would become:

And, just for one last example, you could use

to create a version of the first fireworks, but with the explosion having both the flicker and trail effects.

You can also do this with Firework Stars. The data tag will be in the format

Where the Explosion Info is the same as described for Fireworks.

Because this post turned into a bit of a wall of text, here's some example shots of me using /give: 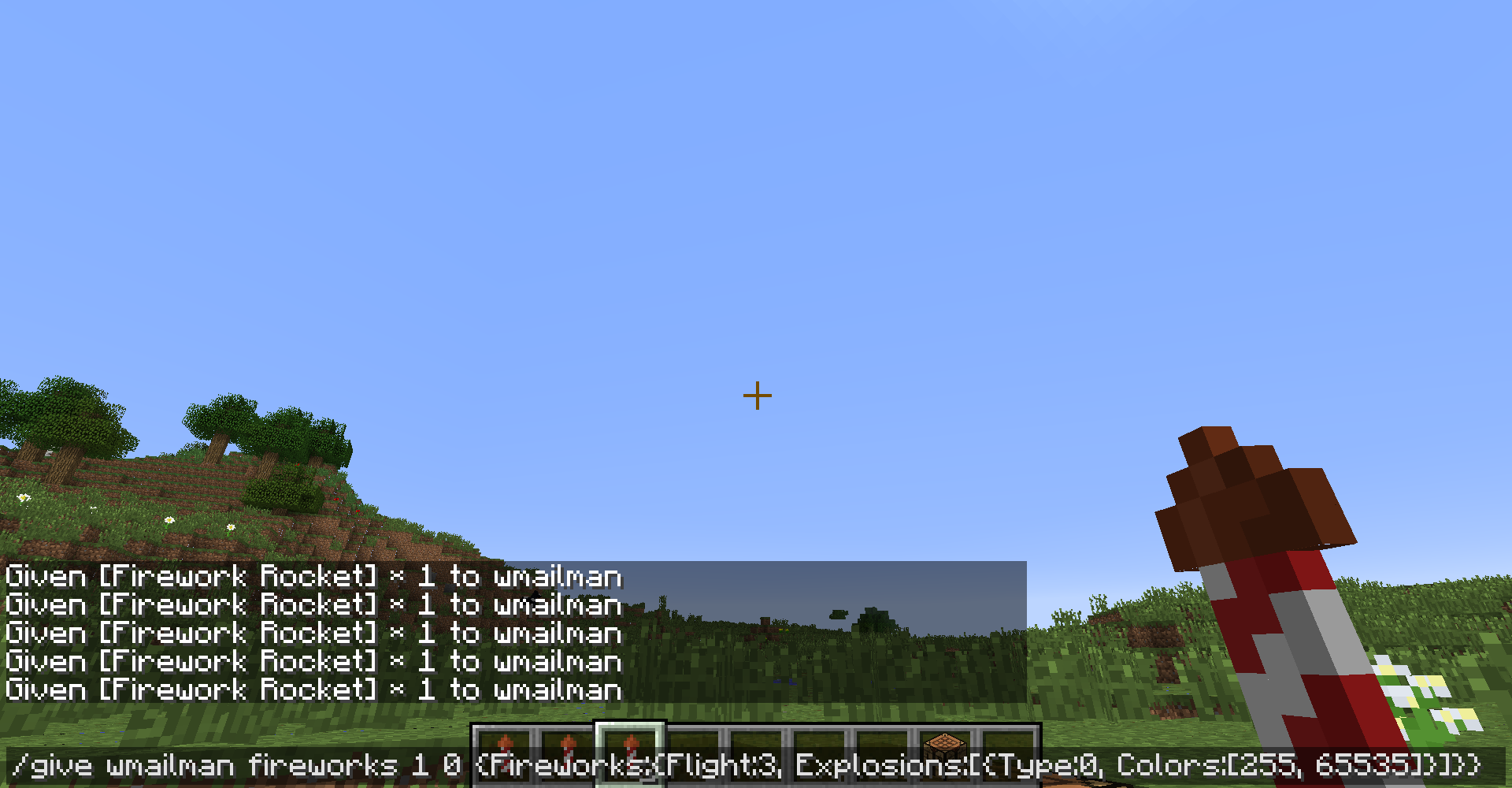 Once that command is typed in, the resulting firework is added to my inventory: 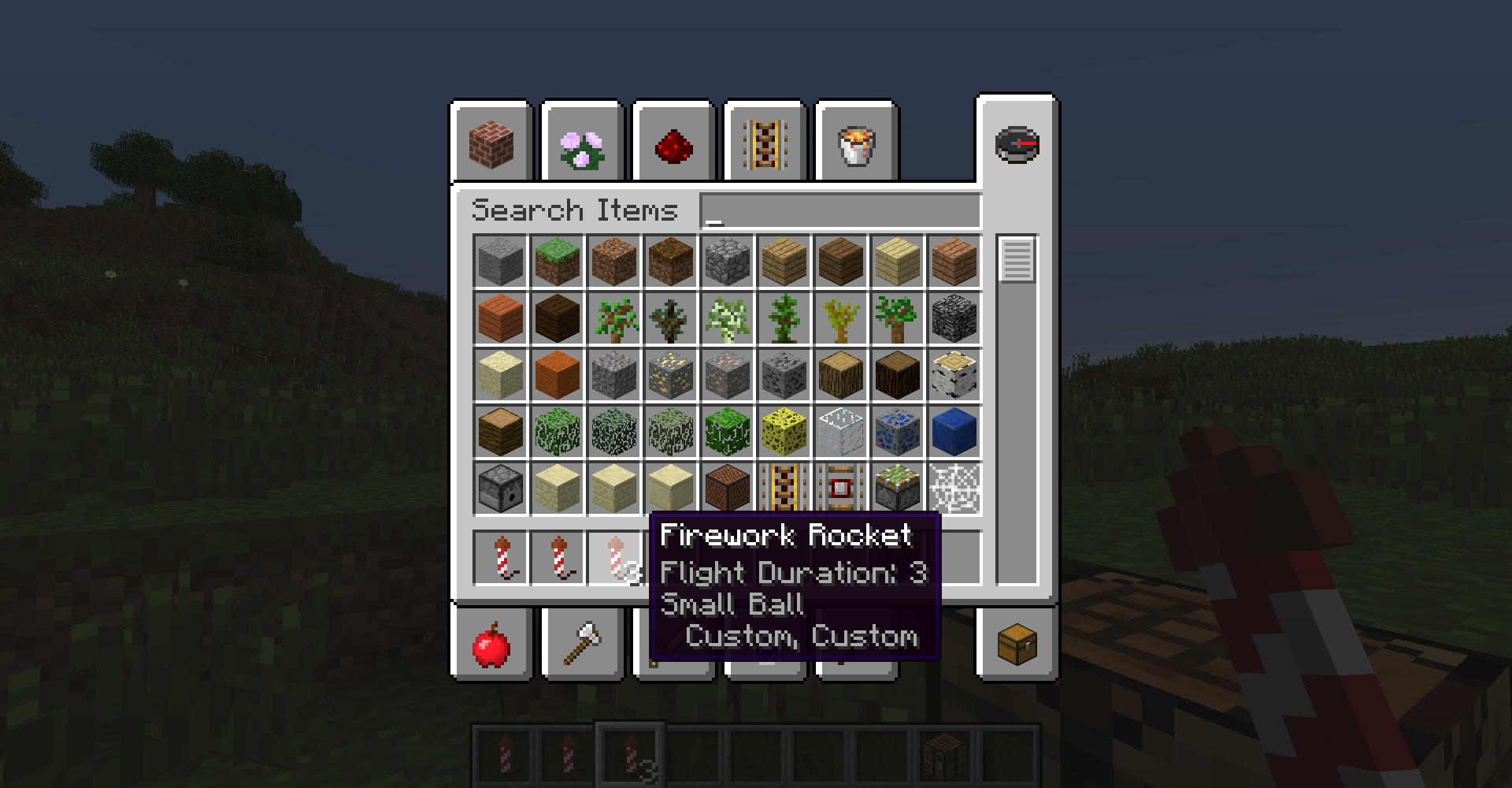 The command used here was

This means a single firework, fuse length of 3, with one Small Ball explosion, with two colours, one solid blue, the other blue-green.

Despite the names of the colours displaying as Custom, the resulting explosion has nice pretty blue and blue-green sparks, as I expected:

The Minecraft Wiki Page on the player.dat format has a small section on Fireworks. The colour numbers are described elsewhere on that page. Most of the work lies in turning the result into the JSONish format Minecraft expects. Which is basically just leniently-parsed JSON.

When using a dispenser, the fireworks leave the dispenser armed, so that isn't much good. 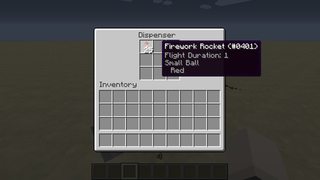 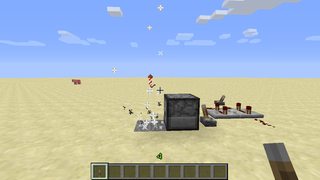 Also, because the fireworks all share an ID (401) command blocks can't be used (it just spawns a firework with no explosion in it).

You can, however, use spawners to spawn the dropped item entity (one of Seth Bling's scripts can be used.) These are harder to control, though, and limiting the amount of items the player gets can be tricky. 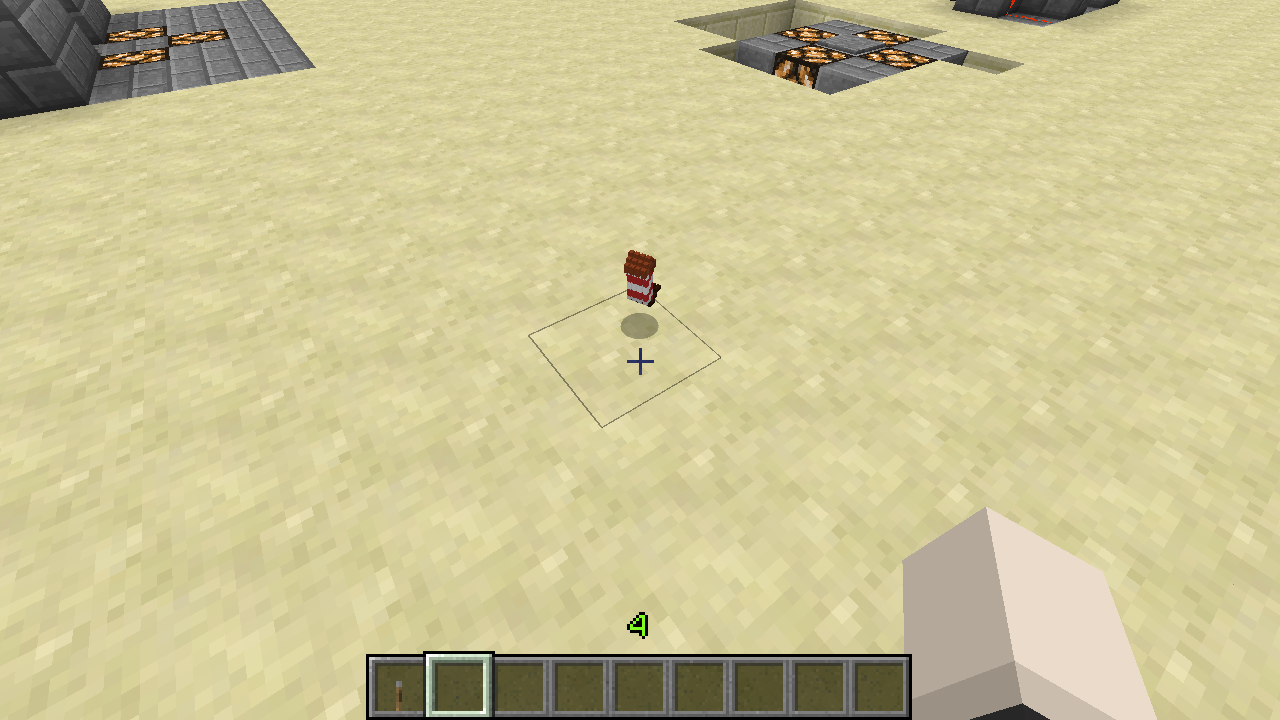 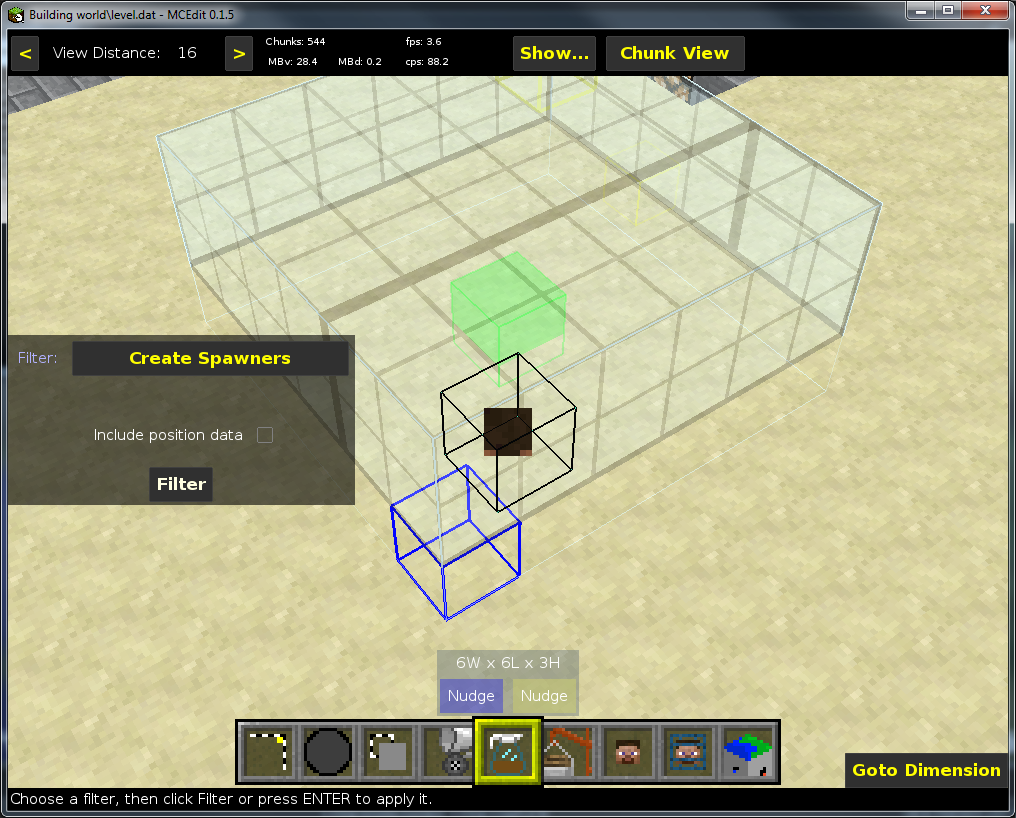 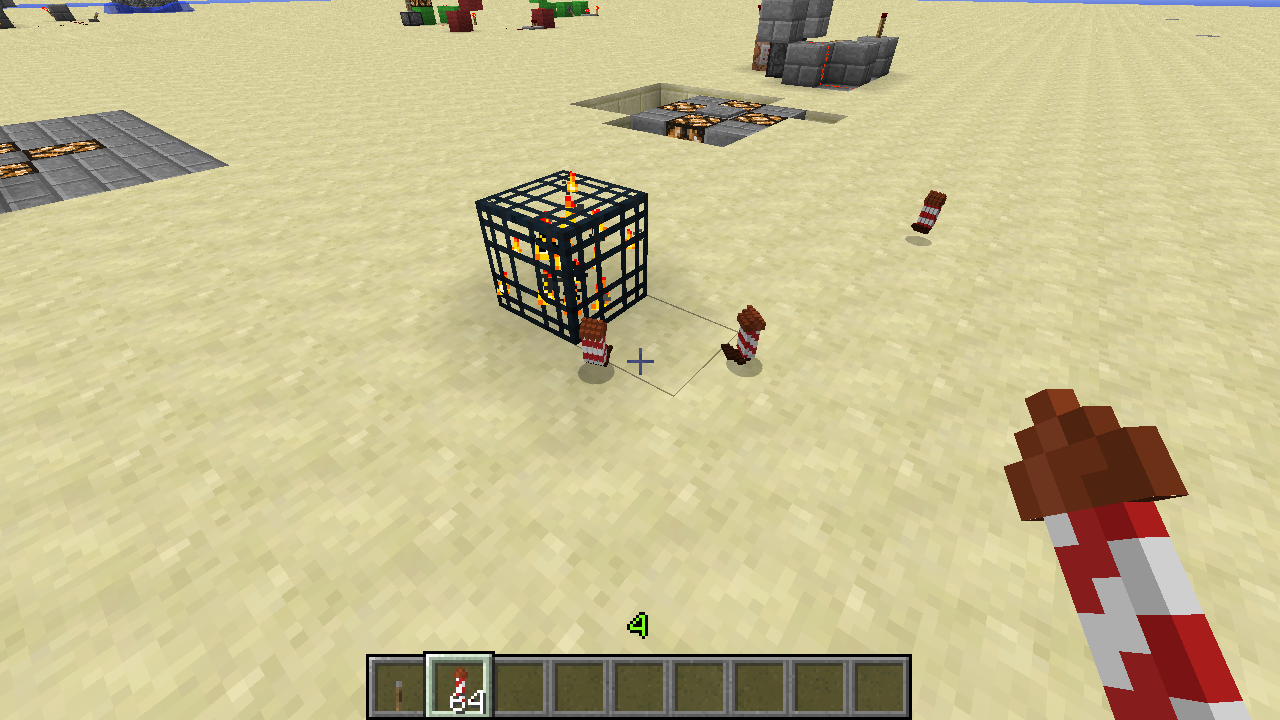 Note this technique can be used to spawn any custom item, such as enchanted weapons and custom potions.

If you're playing on a CraftBukkit server, the Essentials plugin has a /firework command. You could give your players fireworks through the /give (item code 401) command and then let the players "customise" the fireworks with the /fireworks command.

So, do a /give 401 for 64 fireworks, and then for a firework which bursts red, blue and green, does a large ball effect, twinkles/crackles and has maximum flight height you can use:

I have not tried this yet but I was thinking you could do this with a few Bukkit plugins - WorldEdit, Citizens, and Denizen.

I believe this should work as Denizen scripts allow you to load WorldEdit schematics.

You may leave it in a chest. then he will get it.

Because fireworks have weird metadata I made a tool to make fireworks easy. They are saved as kits so if you want players to have them, just give them access to the kit. You can find the tutorial at

and the download link will be in the description.

It's really simple to make complex and custom fireworks using this method.

3
Command-create a dispenser with infinite colored wool
2
Give player item(s) when player hits X amount of deaths
2
Use player's score as amount in /give
0
How to testfor a player holding something and give him an effect
2
How to give a player an item if their level is of a certain minimum value, and make sure that they only have one of these items at a time?
0
Spotting the coordinates where fireworks has light
2
Give the player an item that can instantly mine any block
8
How do I give players the `/whitelist add <player>` command in my Minecraft server?
0
Get head from world coordinate and give it to player