How do I avoid collision with the launchpad tower?

I keep losing boosters to the launchpad tower. Is there any way to place my rocket further away from it?

As of .19, there is no more launch tower. Until the demo gets updated as well, though, this still applies to it.

I have helpfully drawn a diagram to illustrate this point:

As long as you don't build too close to the outer edge of the VAB circle, you'll be alright: 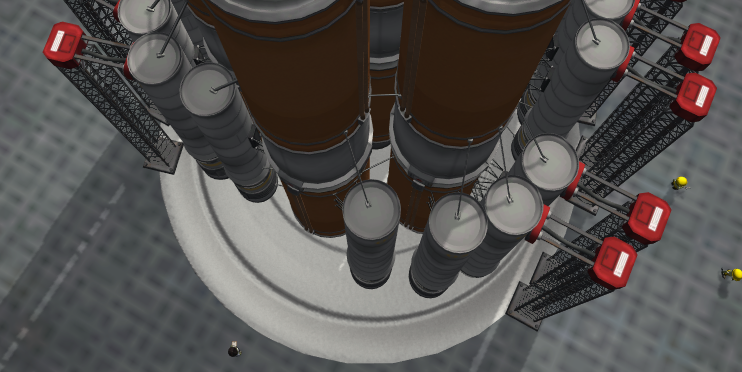 Theoretically, you COULD move the central point of the rocket out of the center of the launch circle, but that may be more effort than it's worth.

10
Can I change command module?
11
What factors decide if an engine overheats or not
4
How do I orientate the navball properly with a probe?
4
How to get SAS working in Kerbal Space Program
0
Why can I not click on any buildings except the astronaut complex?
11
How fast should I be going through Kerbin's atmosphere during launch?
1
Any way to edit game files to revert a flight in KSP?
7
Is there a way to view total rocket mass in KSP?
6
How to control a rocket?
54
My large rocket is still flipping over