Does the stealth cruiser have innate stealth weapons capability?

Does the stealth cruiser have innate stealth weapons capability or must you seek out the augmentation during your voyage?

No, no Stealth Weapons capability as standard

The Stealth Cruiser does not appear to have built in Stealth Weapons capability.

How I tested it

For the sake of testing I upgraded the stealth capability so I had a maximum duration, engaged an enemy, waited until my weapons were charged and then stealthed. Upon first impression it seemed as though Stealth Weapons capability was built in, as I was able to fire both weapons while cloaked without being pulled out of cloak.

However, upon further testing it appears that the duration of the cloak was affected quite significantly once weapons had been fired: 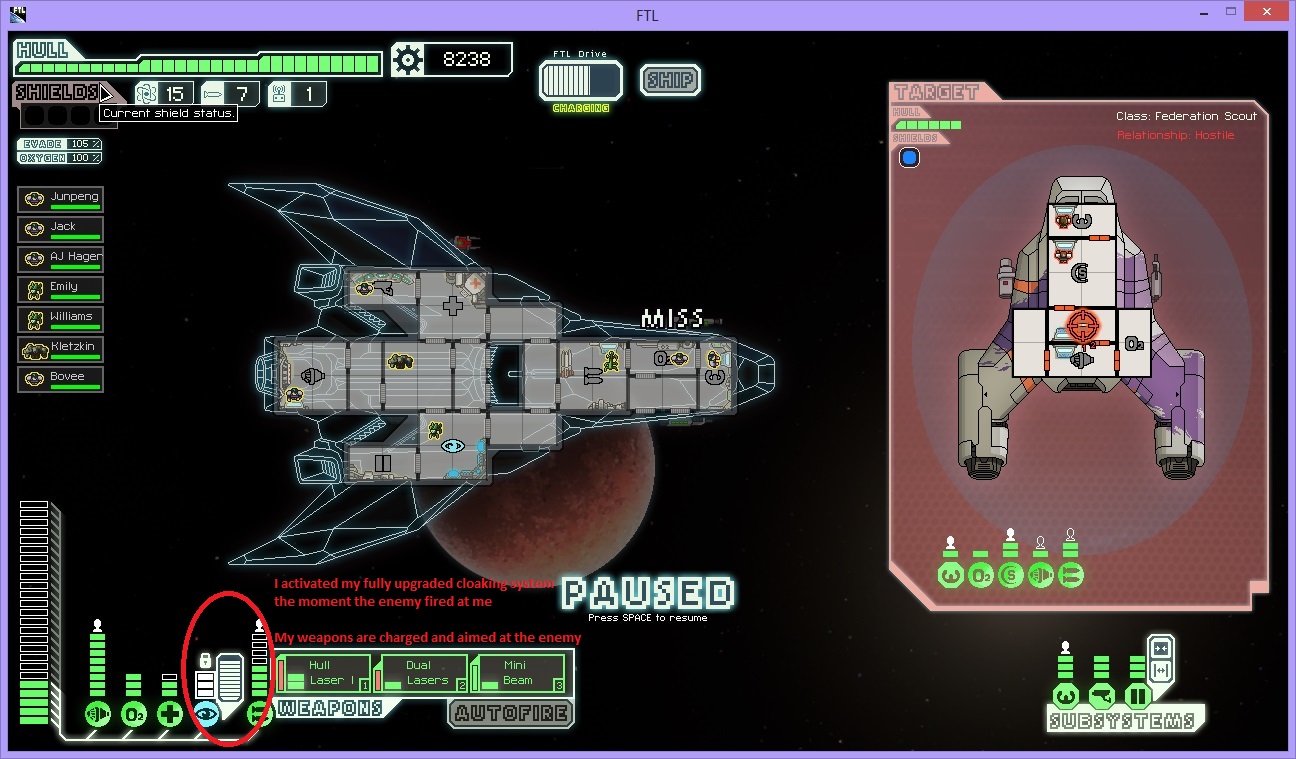 In this image, I activated my fully upgraded cloaking system the moment I heard the enemy fire at me. This was just enough time for all of my weapons to come online, so while the game was paused (and I was taking this screenshot), I targeted the enemy ship with my two lasers and then unpaused the game: 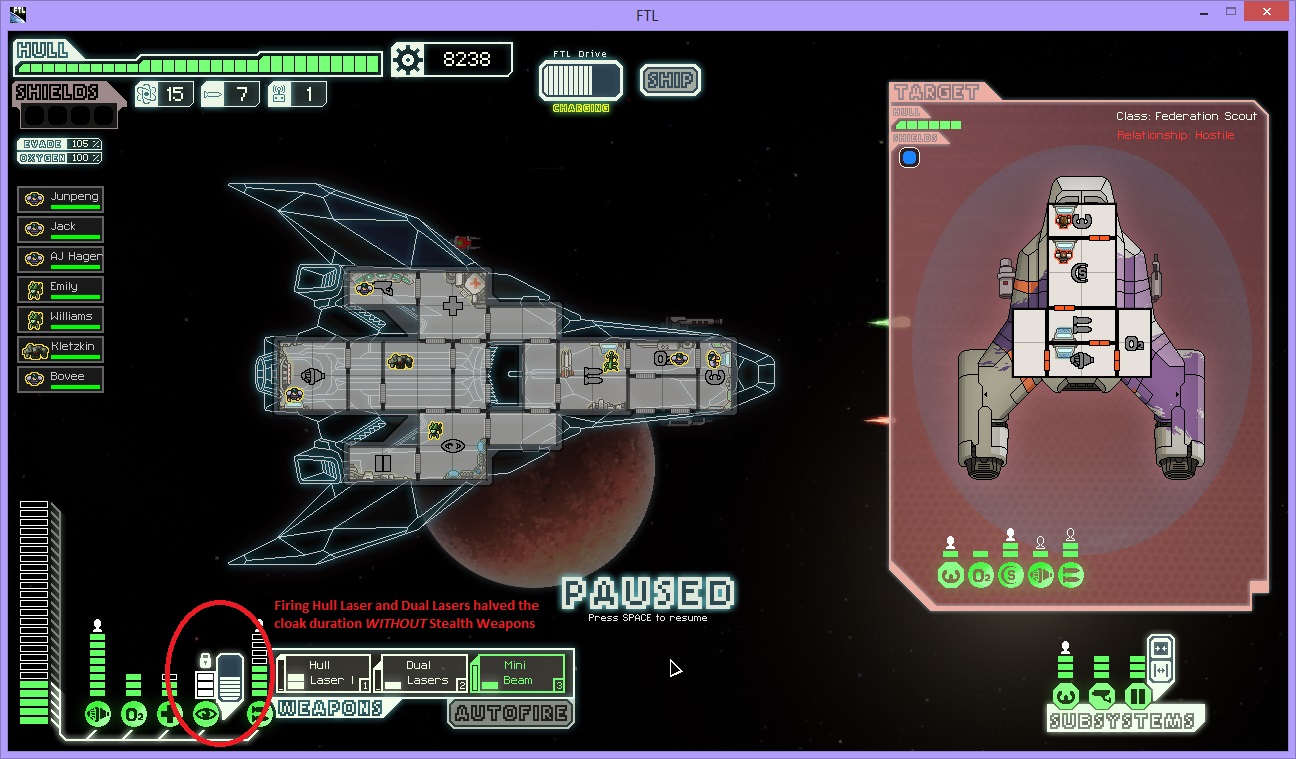 You can see the lasers firing on the screenshot, I only unpaused the game for a brief second before pausing again, and as you can see this halved the duration of cloak. It appears that for each weapon fired about 20% of the overall cloak duration is removed, so if I had fired my beam weapon as well I would have expected the remaining cloak time to be around 30% of its total duration.

1
What counts as “using only missiles” for the second Rock Cruiser achievement?
9
Can the Stealth Cruiser purchase shields?
8
Does the choice of ship affect difficulty?
4
Is the Crystal Cruiser quest guaranteed?
3
How do I defeat the Flagship with an Engi ship, focusing on Ion Weapons?
11
Can I unlock the Crystal Cruiser with Type C of the Rock Cruiser?
8
What are the easiest ways to deal with AI ships when playing as the Mantis Cruiser?
6
FTL Firing weapons during stealth warmup period
6
Why doesn't the stealth cruiser have shields?
2
How can I get the 'Bird of Prey' achievement?