How many levels are there in Minesweeper adventure mode?

I have been persisting at the Windows 8 minesweeper adventure mode in the hopes that I could complete it, but after getting past level 100, I am wondering if perhaps it just generates levels indefinitely? Does anyone know if the game actually has an end? 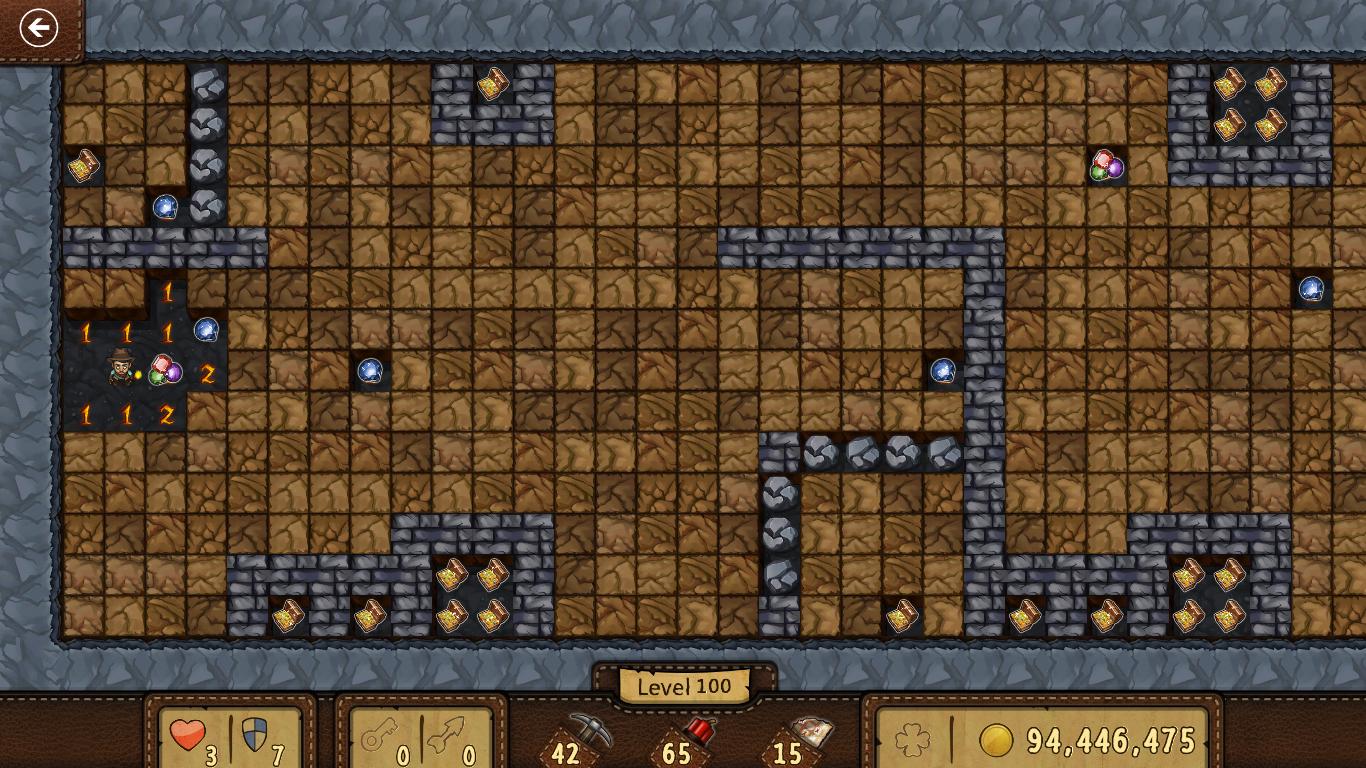 I'll answer my own question. After playing on for a bit (up to level 131 now) it seems that the levels just go through a fairly repetitive cycle. Four out of every five levels can be completed using logical deduction only to find the way through to the exit (you don't need to guess or use pick axes/dynamite/maps). Then every fifth level (i.e. where the level number is a multiple of 5) has so many traps that you'll need to use some of your axes/dynamite/maps to get through unscathed. So long as you don't waste what you pick up in the intervening four levels, you have more than enough to keep going indefinitely (I typically use 5/6 dynamites and 1/2 maps in the tricky levels).

In the multiples of 5 levels, there are treasure chests which worth vastly more than all the other treasure, making it relatively pointless to waste dynamite on other levels getting at the much less valuable treasure.

I've also noticed that while you can stockpile shields, it doesn't seem to let you keep more than 3 "lives" even though you can pick up quite a few more as you progress through the levels.

Basically I think the game goes on indefinitely, with a repeating sequence of 10 levels, each having similar characteristics to the one 10 levels before, but differing slightly in the placement of walls, treasure, traps etc.

Update: I'm at level 500 now, the pattern is repeating predictably: 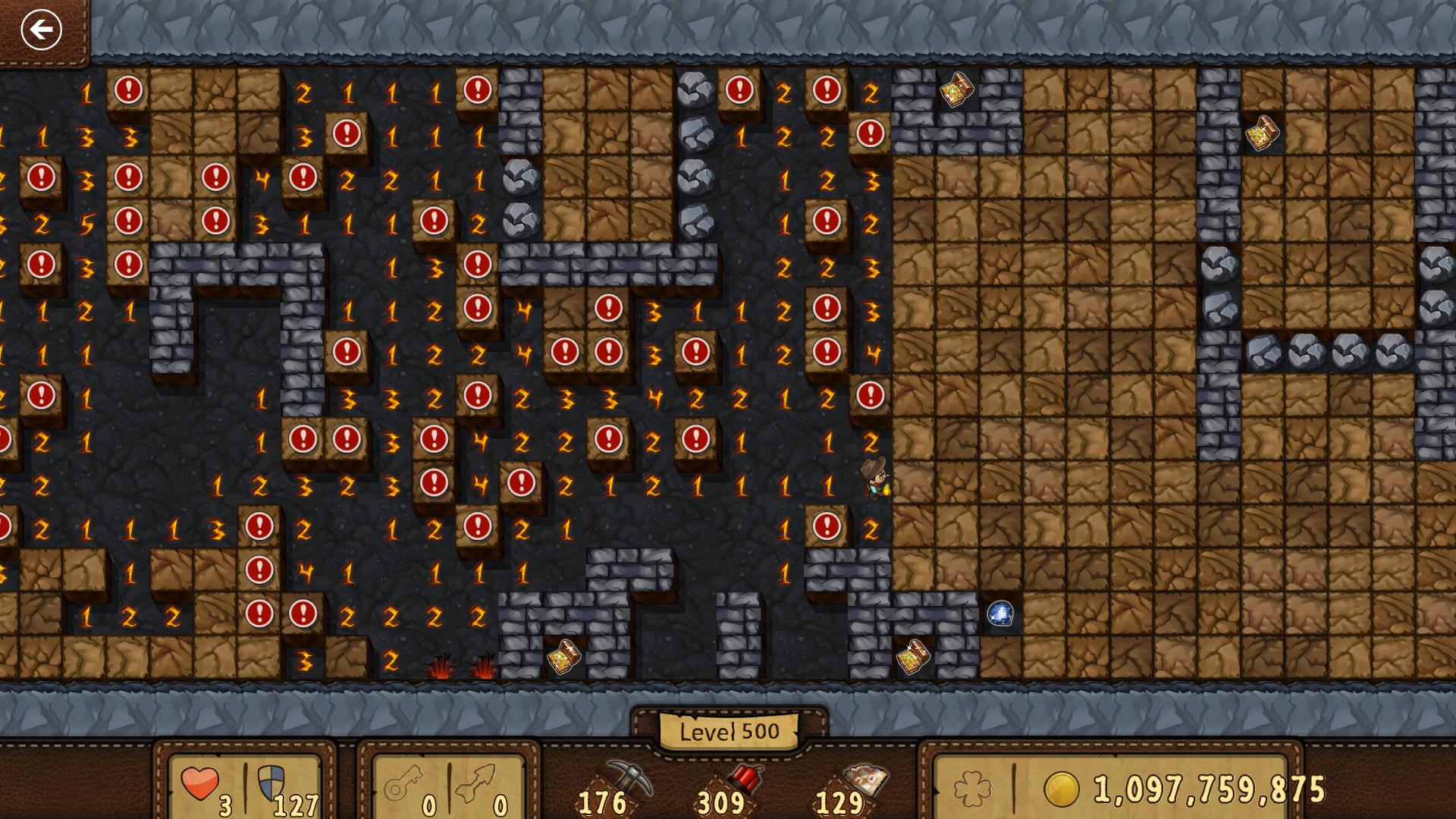 Update 2: Once your score goes above 2147483648 (2^31) it starts to go back down as you collect more treasure - clearly the score is held as a 32 bit signed integer. The score is shown with a leading 0 rather than a minus sign.

Not the answer you're looking for? Browse other questions tagged windows-8 minesweeper or ask your own question.

10
What are the differences between Minesweeper for Windows XP and for Windows 7?
28
How can I minimize my chances of losing in Minesweeper?
3
FSX crashes on startup under Windows 8
3
How can I make Steam launch in Big Picture mode?
8
How do I launch Civ 5 in the tablet / touch mode by default
5
Classic Windows games on Windows 8
1
Is there a recognised record for Minesweeper on a Cell phone?
1
How can I perform a Chord on a touchpad in Minesweeper?