Atelier Iris 2: The Azoth of Destiny is a Role Playing Game developed by Gust for Playation 2 in 2005, the 7th core Atelier game and the 2nd game in the Iris Series. 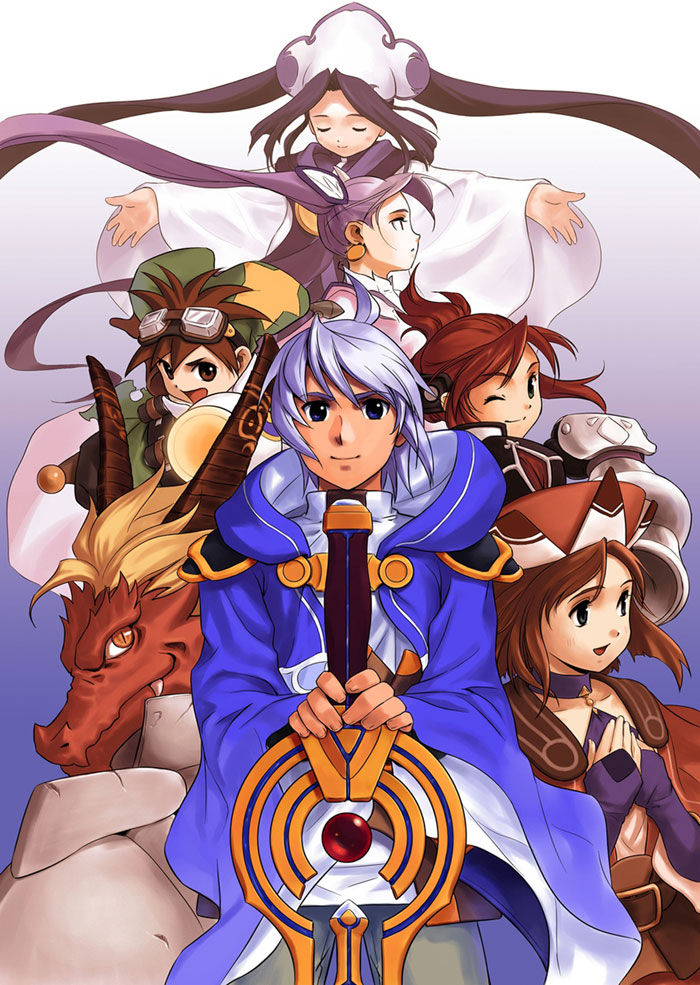 Atelier Iris 2: The Azoth of Destiny, known in Japan as Atelier Iris: Eternal Mana 2 (イリスのアトリエ エターナルマナ2 Irisu no Atorie Etānaru Mana Tsū) is a Role Playing Game developed by Gust for Playation 2 originally released in Japan in May 2005.

The player assumes the roles of both Felt and Viese Blanchimont, childhood friends who live in Eden. At the beginning of the game Viese goes to the Wood Mana's Holy Grounds to form a pact to become a proper Alchemist however shortly after Eden is shook by a massive Earthquake. most of the Mama's Holy Grounds have now vanished and Felt is able to draw the Azure Azoth from it's resting place. With the previously inactive Belkhyde Gate now operable Felt decides to travel though it to Belkhyde and learn of a way to save Eden leaving Viese behind.

Throughout the the player will assume either the role of Felt in Belkhyde as his and his party locate the source of crisis facing Eden while unlocking Belkhyde's and Eden's past, or as Viese back on Eden as she continues her work as an Alchemist.

Using the Share Ring the 2 characters poses the player can have either character collect items, Mana and Elements and then have Viese create Items for Felt to use to aid in his party or to upgrade their weapons though a new Smithing Mechanic where the player uses the character's current weapons and in conjunction with a Mana and an item, can upgrade them with new effects and abilities.

While for the most part the play takes over as Felt and swapping to Viese is optional certain parts forces the player to play as Viese with some tasks, while needing to be completed by Viese, require Felt to find a particular item in Belkhyde and vice versa. Viese side of the plot also shows that Atelier Iris 2 is in fact the prequel to Atelier Iris as during Viese travels to the Holy Grounds she encounters a young orphan named Iris, soon after taking her in as a little sister Iris begins to demonstrate the ability to learn Synthesis from just observation and perform it without the aid of a Mana with a strong implication that this is a young Iris Blanchimont long before the events of the previous game

Mana Synthesis returns however unlike in Atelier Iris: Eternal Mana, Mana Items created by Felt or Viese can be used by the entire party and the holding limited upgraded from 9 to 99, however one can still perform Mana Synthesis in battle but only with Felt and Viese.

Synthesis has also been improved with the improvement of Reviews. while in the previous game they directly effect an item's capabilities such as adding range and effects to particular items or boosting status with armor and accessories.

Is there any performance difference on a TV which supports 50hz and 60hz?