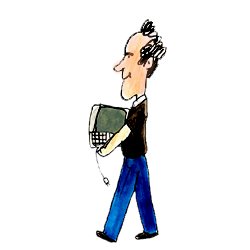 I'm not a gamer

Well, not really a gamer, anyway.

I like games. You could even say I love games. But there's a catch (or a few catches, I should say): I don't own a console, but I do own a few computer games. I suck at games. Sure, I managed to finish sonic-the-hedgehog flawlessly, but man did I put hours behind that feat. Or I could tell you that I still haven't finished neverwinter-nights even if I bought it when it was pretty new.

Because of the above, I usually buy more games than I can play and I'm known to buy games just because they're available on linux, even if I don't think I'll ever play them (included quite a few from the humble-bundle).

So anyway, I'm not really a gamer.